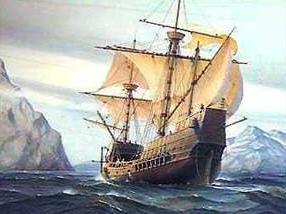 The seeming prosperity and glittering power of Spain in the 16th century proved a sham and an illusion in the long run. For it was fuelled almost completely by the influx of silver and gold from the Spanish colonies in the New World. In the short run, the influx of bullion provided a means by which the Spanish could purchase and enjoy the products of the rest of Europe and Asia; but in the long run, price inflation wiped out this temporary advantage.

The result was that when the influx of specie dried up, in the 17th century, little or nothing remained. Not only that — the bullion prosperity induced people and resources to move to southern Spain, particularly the port of Seville, where the new specie entered Europe. The result was malinvestment in Seville and the south of Spain, offset by the crippling of potential economic growth in the north.

But that was not all. At the end of the 17th century, the Spanish Crown cartelized the developing and promising Castilian textile industry by passing over 100 laws designed to freeze the industry at the current level of development. This freeze crippled the protected Castilian cloth industry and destroyed its efficiency in the long run, so that it could not become competitive in European markets.

Furthermore, royal action also managed to destroy the flourishing Spanish silk industry, which centered in southern Spain at Granada. Unfortunately, Granada was still a centre of Muslim or Moorish population, and so a series of vindictive acts by the Spanish Crown brought the silk industry to its virtual demise. First, several edicts drastically limited the domestic use and consumption of silk. Second, silks in the 1550s were prohibited from being exported, and a tremendous increase in taxes on the silk industry of Granada after 1561 finished the job.

Spanish agriculture in the 16th century was also crippled and laid waste by government intervention. The Castilian Crown had long made an alliance with the Mesta, the guild of sheep farmers, who received special privileges in return for heavy tax contributions to the monarchy. In the 1480s and 1490s, enclosures that had been made in previous years for grain farming were all disallowed, and sheepwalks (cañadas) were greatly expanded by government decree at the expense of the lands of grain farmers.

The grain farmers were also hobbled by special legislation passed on behalf of the carters' guild — roads being in all countries special favorites for military purposes. Carters were specially allowed free passage on all local roads, and heavy taxes were levied on grain farmers to build and maintain the roads benefiting the carters.

"By the end of the 16th century, Castile suffered from periodic famines because imported Baltic grain could not easily be moved to the interior of Spain, while at the same time one-third of Castilian farm land had become uncultivated waste."

Grain prices rose throughout Europe beginning in the early 16th century. The Spanish Crown, worried that the rising prices might induce a shift of land from sheep to grain, levied maximum-price control on grain, while landlords were allowed unilaterally to rescind leases and charge higher rates to grain farmers. The result of the consequent cost-price squeeze was massive farm bankruptcies, rural depopulation, and the shift of farmers to the towns or the military. The bizarre result was that, by the end of the 16th century, Castile suffered from periodic famines because imported Baltic grain could not easily be moved to the interior of Spain, while at the same time one-third of Castilian farm land had become uncultivated waste.

Meanwhile, shepherding, so heavily privileged by the Spanish Crown, flourished for the first half of the 16th century, but soon fell victim to financial and market dislocations. As a result, Spanish shepherding fell into a sharp decline.

The once free and enormously prosperous city of Antwerp was brought to its knees by a series of statist measures during the late 16th century. In addition to the defaults, the major problem was a massive attempt by the Spanish king, Philip II, to hold on to the Netherlands and to stamp out the Protestant and Anabaptist heresies.

In 1562, the Spanish king forcibly closed Antwerp to its chief import — English woolen broadcloths. And, when the notorious duke of Alva assumed the governorship of the Netherlands in 1567, he instituted repression in the form of a "Council of Blood," which had the power to torture, kill, and confiscate the property of heretics. Alva also levied a heavy value-added tax of 10 per cent, the alcabala, which served to cripple the sophisticated and interrelated Netherlands economy. Many skilled woolen craftsmen fled to a hospitable home in England.

Finally, the breakaway of the Dutch from Spain in the 1580s, and another Spanish royal default in 1607, led to a treaty with the Dutch two years later, which finished Antwerp by cutting off its access to the sea and to the mouth of the River Scheldt, which was confirmed to be in Dutch hands. From then on, for the remainder of the 17th century, decentralized and free-market Holland, and in particular the city of Amsterdam, replaced Flanders and Antwerp as the main commercial and financial centre in Europe.

[This article is excerpted from An Austrian Perspective on the History of Economic Thought, vol. 1, Economic Thought Before Adam Smith. An audio version of this Mises Daily, read by Jeff Riggenbach, is available here.]