Mercantilism as the Economic Side of Absolutism 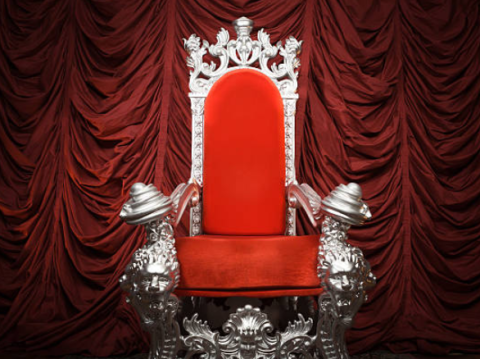 By the beginning of the 17th century, royal absolutism had emerged victorious all over Europe. But a king (or, in the case of the Italian city-states, some lesser prince or ruler) cannot rule all by himself. He must rule through a hierarchical bureaucracy. And so the rule of absolutism was created through a series of alliances between the king, his nobles (who were mainly large feudal or postfeudal landlords), and various segments of large-scale merchants or traders. "Mercantilism" is the name given by late 19th-century historians to the politicoeconomic system of the absolute state from approximately the 16th to the 18th centuries.

Mercantilism has been called by various historians or observers a "system of Power or State-building" (Eli Heckscher), a system of systematic state privilege, particularly in restricting imports or subsidizing exports (Adam Smith), or a faulty set of economic theories, including protectionism and the alleged necessity for piling up bullion in a country. In fact, mercantilism was all of these things; it was a comprehensive system of state-building, state privilege, and what might be called "state monopoly capitalism."

As the economic aspect of state absolutism, mercantilism was of necessity a system of state-building, of big government, of heavy royal expenditure, of high taxes, of (especially after the late 17th century) inflation and deficit finance, of war, imperialism, and the aggrandizing of the nation-state. In short, a politicoeconomic system very like that of the present day, with the unimportant exception that now large-scale industry rather than mercantile commerce is the main focus of the economy. But state absolutism means that the state must purchase and maintain allies among powerful groups in the economy, and it also provides a cockpit for lobbying for special privilege among such groups.

The laws and proclamations were not all, as some modern admirers of the virtues of mercantilism would have us believe, the outcome of a noble zeal for a strong and glorious nation, directed against the selfishness of the profit-seeking merchant, but were the product of conflicting interests of varying degrees of respectability. Each group, economic, social, or religious, pressed constantly for legislation in conformity with its special interest. The fiscal needs of the crown were always an important and generally a determining influence on the course of trade legislation. Diplomatic considerations also played their part in influencing legislation, as did the desire of the crown to award special privileges, con amore, to its favorites, or to sell them, or to be bribed into giving them, to the highest bidders.1

In the area of state absolutism, grants of special privilege included the creation by grant or sale of privileged "monopolies," i.e., the exclusive right granted by the crown to produce or sell a given product or trade in a certain area. These "patents of monopoly" were either sold or granted to allies of the crown, or to those groups of merchants who would assist the king in the collection of taxes. The grants were either for trade in a certain region, such as the various East India companies, which acquired the monopoly right in each country to trade with the Far East, or were internal — such as the grant of a monopoly to one person to manufacture playing cards in England. The result was to privilege one set of businessmen at the expense of their potential competitors and of the mass of English consumers. Or the state would cartelize craft production and industry and cement alliances by compelling all producers to join and obey the orders of privileged urban guilds.

It should be noted that the most prominent aspects of mercantilist policy — taxing or prohibiting imports or subsidizing exports — were part and parcel of this system of state monopoly privilege. Imports were subject to prohibition or protective tariff in order to confer privilege on domestic merchants or craftsmen; exports were subsidized for similar reasons.

The focus in examining mercantilist thinkers and writers should not be the fallacies of their alleged economic "theories." Theory was the last consideration in their minds. They were, as Schumpeter called them, "consultant administrators and pamphleteers" — to which should be added lobbyists. Their "theories" were any propaganda arguments, however faulty or contradictory, that could win them a slice of boodle from the state apparatus.

The mercantilist literature … consisted in the main of writings by or on behalf of "merchants" or businessmen, who had the usual capacity for identifying their own with the national welfare.… The great bulk of the mercantilist literature consisted of tracts which were partly or wholly, frankly or disguisedly, special pleas for special economic interests. Freedom for themselves, restrictions for others, such was the essence of the usual program of legislation of the mercantilist tracts of merchant authorship.2