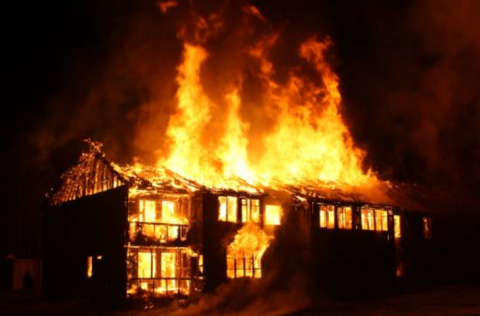 [This article is excerpted from volume 2, chapter 10 of An Austrian Perspective on the History of Economic Thought (1995).

Another important reason for Marx's failure to publish was his candid depiction of the communist society in the essay "Private Property and Communism." In addition to its being philosophic and not economic, he portrayed a horrifying but allegedly necessary stage of society immediately after the necessary violent world revolution of the proletariat, and before ultimate communism is to be finally achieved. Marx's postrevolutionary society, that of "unthinking" or "raw" communism, was not such as to spur the revolutionary energies of the Marxian faithful.

For Marx took to heart two bitter critiques of communism that had become prominent in Europe. One was by the French mutualist anarchist Pierre-Joseph Proudhon, who denounced communism as "oppression and slavery," and to whom Marx explicitly referred in his essay. The other was a fascinating book by the conservative Hegelian monarchist Lorenz von Stein (1815–1890), who had been assigned by the Prussian government in 1840 to study the unsettling new doctrines of socialism and communism becoming rampant in France. Not only did Marx show a "minute textual familiarity" with Stein's subsequent book of 1842, but he actually based his concept of the proletariat as the foundation and the engine of the world revolution on Stein's insights into the new revolutionary doctrines as rationalizations of the class interests of the proletariat.1

Most remarkably, Marx admittedly agreed with Proudhon's, and particularly Stein's, portrayal of the first stage of the postrevolutionary society, which he agreed with Stein to call "raw communism." Stein forecast that raw communism would be an attempt to enforce egalitarianism by wildly and ferociously expropriating and destroying property, confiscating it, and coercively communizing women as well as material wealth. Indeed, Marx's evaluation of raw communism, the stage of the dictatorship of the proletariat, was even more negative than Stein's:

Not only that, but as Professor Tucker puts it, Marx concedes that

In short, in the stage of communalization of private property, what Marx himself considers the worst features of private property will be maximized. Not only that, but Marx concedes the truth of the charge of anticommunists then and now that communism and communization is but the expression in Marx's words, of "envy and a desire to reduce all to a common level." Far from leading to a flowering of human personality as Marx is supposed to claim, he admits that communism will negate it totally. Thus Marx:

In completely negating the personality of men, this type of communism is really nothing but the logical expression of private property. General envy, constituting itself as power, is the disguise in which greed re-establishes itself and satisfies itself, only in another way … In the approach to woman as the spoil and handmaid of communal lust is pressed the infinite degradation in which man exists for himself.2

All in all, Marx's portrayal of raw communism is very like the monstrous regimes imposed by the coercive Anabaptists of the sixteenth century.3

Professor Tucker adds, perhaps underlining the obvious, that "these vivid indications from the Paris manuscripts of the way in which Marx envisaged and evaluated the immediate postrevolutionary period very probably explain the extreme reticence that he always later showed on this topic in his published writings."4

But if this communism is admittedly so monstrous, a regime of "infinite degradation," why should anyone favor it, much less dedicate one's life and fight a bloody revolution to establish it? Here, as so often in Marx's thought and writings, he falls back on the mystique of the "dialectic" — that wondrous magic word by which one social system inevitably gives rise to its victorious transcendence and negation. And, in this case, by which total evil — which interestingly enough, turns out to be the postrevolutionary dictatorship of the proletariat and not preceding capitalism — becomes transformed into total good.

To say the least, Marx cannot and does not attempt to explain how a system of total greed becomes transformed into total greedlessness. He leaves it all to the wizardry of the dialectic, now a dialectic fatally shorn of the alleged motor of the class struggle, which yet somehow transforms the monstrosity of raw communism into the paradise of communism's "higher stage."