The Marxian Doctrine of "Ideology" 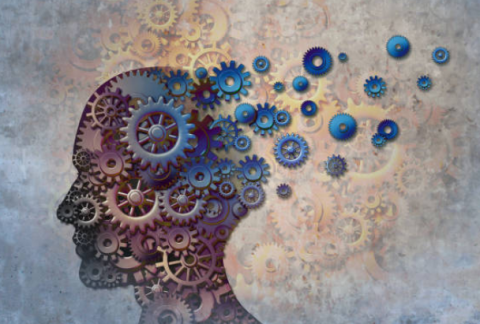 Even Marx must dimly recognize that not "material productive forces," not even "classes," act in the real world, but only individual consciousness and individual choice. Even in the Marxian analysis, each class, or the individuals within it, must become conscious of its "true" class interests in order to act upon pursuing or achieving them. To Marx, each individual's thinking, his values and theories, are all determined, not by his personal self-interest, but by the interest of the class to which he supposedly belongs. This is the first fatal flaw in the argument; why in the world should each individual ever hold his class higher than himself? Second, according to Marx, this class interest determines his thoughts and viewpoints, and must do so, because each person is only capable of "ideology" or false consciousness in the interest of his class. He is not capable of a disinterested, objective search for truth, nor of pursuit of his own interest or of that of all mankind. But, as von Mises has pointed out, Marx's doctrine pretends to be pure, non-ideological science, and yet written expressly to advance the class interest of the proletariat. But, while all "bourgeois" economics and all other disciplines of thought were interpreted by Marx as false by definition, as "ideological" rationalizations of bourgeois class interest, the Marxists

were not consistent enough to assign to their own doctrines merely ideological character. The Marxian tenets, they implied, are not ideologies. They are a foretaste of the knowledge of the future classless society which, freed from the fetters of class conflicts, will be in a position to conceive pure knowledge, untainted by ideological blemishes.1

David Gordon has aptly summed up this point:

If all thought about social and economic matters is determined by class position, what about the Marxist system itself? If, as Marx proudly proclaimed, he aimed at providing a science for the working class, why should any of his views be accepted as true? Mises rightly notes that Marx's view is self-refuting: if all social thought is ideological, then this proposition is itself ideological and the grounds for believing it have been undercut. In his Theories of Surplus Value, Marx cannot contain his sneering at the "apologetics" of various bourgeois economists. He did not realize that in his constant jibes at the class bias of his fellow economists, he was but digging the grave of his own giant work of propaganda on behalf of the proletariat.2

Von Mises also raises the point that it is absurd to believe that the interests of any class, including the capitalists, could ever be served better by a false than by a correct doctrine.3To Marx, the point of philosophy was only the achievement of some practical goal. But if, as in pragmatism, truth is only "what works," then surely the interests of the bourgeoisie would not be served by clinging to a false theory of society. If the Marxian answer holds, as it has, that false theory is necessary to justify the existence of capitalist rule, then, as von Mises points out, from the Marxian point of view itself the theory should not be necessary. Since each class ruthlessly pursues its own interest, there is no need for the capitalists to justify their rule and their alleged exploitation to themselves. There is also no need to use these false doctrines to keep the proletariat subservient, since, to Marxists, the rule or the overthrow of a given social system depends on the material productive forces, and there is no way by which consciousness can delay this development or speed it up. Or, if there are such ways, and the Marxists often implicitly concede this fact, then there is a grave and self-defeating flaw in the heart of Marxian theory itself.

It is a well-known irony and another deep flaw in the Marxian system that, for all the Marxian exaltation of the proletariat and the "proletarian mind," all leading Marxists, beginning with Marx and Engels, were emphatically bourgeois themselves. Marx was the son of a wealthy lawyer, his wife was a member of the Prussian nobility, and his brother-in-law Prussian minister of the interior. Friedrich Engels, his lifelong benefactor and collaborator, was the son of a wealthy manufacturer, and himself a manufacturer. Why were not their views and doctrines also determined by bourgeois class interests? What permitted their consciousness to rise above a system so powerful that it determines the views of everyone else?

In this way, every determinist system attempts to provide an escape-hatch for its own believers, who are somehow able to escape the determinist laws that afflict everyone else. Unwittingly, these systems become in that way self-contradictory and self-refuting. In the 20th century, Marxists such as the German sociologist Karl Mannheim attempted to elevate this escape-hatch into High Theory: that somehow, "intellectuals" are able to "float free," to levitate above the laws that determine all other classes.