The Marketplace They Loathe 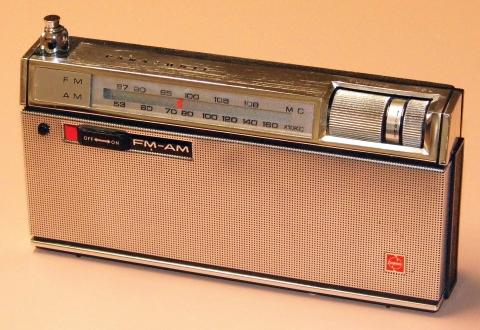 Tags Media and CultureOther Schools of ThoughtPhilosophy and Methodology

The marketplace is a wonderful place, except when it's MarketPlace, that public radio program that airs mornings and evenings in the United States. It is a business program, although it is doubtful that many business people find it a must-listen each business day. Since there is no shortage of privately provided business media in print, radio, and television format — i.e., the traditional market failure argument for government provision does not apply here — why must government fund MarketPlace?

Economic theory, of course, explains many reasons why the state funds programs and transfers wealth. One of the reasons MarketPlace receives state support is because various taxpayer-supported bureaus need to spend their budgets (in order to justify a bigger budget during the next budget cycle). Another reason considers the role played by special interests that demand funding in exchange for political and financial support. When those interests support National Public Radio and the Public Broadcasting System, this support can take the form of favorable coverage or fundraising assistance.

But for MarketPlace, which is broadcast on public radio stations that would cease to exist without some taxpayer dollars, these explanations are only part of the story.

This is because MarketPlace is primarily about airing stories with apparent market failures and justifications for government — a message that the state benefits from because its moral legitimacy is based on its being accepted. Listening to MarketPlace, one can easily get the impression that its producers believe the market system itself is simply a government project, the quality of which depends on the quality of the bureaucrats overseeing it.

That is why — notwithstanding a once-in-a-blue-moon market-friendly commentary — I often refer to the show as "Marx's Place" and find listening to it valuable to the extent that it informs me about what issues partisans of big government find important on any given day. It sounds hip, and tries to sound fun (sometimes it tries too hard, such as when it labels the reporting of economic figures "doing the numbers"), but beneath that surface is the dull gray message of a dull, gray 19th-century philosopher whose writings justified collectivism in the 20th.

Listening to this MarketPlace commentary ("On Poverty: Serving the Man") illustrated that the "reserve army" analogy was quite correct. The commentator runs a welfare mother advocacy group from West Virginia, and her thoughts (listen here) were Marxian to the core. To wit:

Business makes profit off of the backs of the poor. They [sic] give people just enough to keep them from starving, but not enough for them to make it. That way they can always have a handy little pool of cheap labor whenever they need a ditch dug. They figure that if they keep people just a little bit satisfied, it will keep them from rising up, and until we do rise up, it'll keep on working.

This particular MarketPlace show ended with — icing on the cake! — the insufferable Robert Reich's commentary on fiscal and policy changes required to fund recovery programs along the Gulf Coast following recent hurricanes. The former U.S. Department of Labor Secretary (1) criticized President's Bush's recent Jimmy Carter-like call for energy conservation as being too late, (2) called for a windfall profits tax on oil companies that he believes already have more than enough money, and (3) demanded a repeal of the miniscule tax breaks Congress passed last summer.

It's all a typical day's work for this show. When I listen to it, I am reminded that Marxist ideas have only persisted over the years because governments fund them. Has MarketPlace ever considered any area of government to be the problem rather than the solution? Does the show ever call for deregulation rather than the constant growth of the ever-more-powerful state?

Of course not, which explains why public radio, and indeed state-supported media in general, are incompatible with a free society.

News media should exist to inform citizens about many issues, including government. But when the government controls what citizens learn about it, the principal-agent framework set up in the Constitution — with citizen-voters being the principals and legislator-bureaucrats being their agents — becomes corrupted. When the agents control what the principals see and hear, they effectively control the principals.

In a sense, I agree with Robert Reich's call for changes in fiscal policies following hurricane destruction along the Gulf Coast, although I disagree with his assumption that the federal government should fund any recovery effort. It can, however, cut programs that hinder the ability to help those in need.

Start with zero-budgeting the smarmy Corporation for Public Broadcasting (which funds MarketPlace through its grants to American Public Media). Not only because it uses coerced capital (tax dollars) to do something that is already being done (and quite well) by the private sector, but because the very idea of state-funded media is worthy of the Soviet Union. State-funded media is state propaganda, and it is contrary to the liberal social order required for peace and prosperity.