The Market Works Just in Time 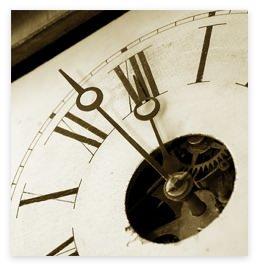 The recent political controversies over record oil prices have underscored the sad truth that even nominal friends of the market don't understand how it really works.

Because they have only a superficial grasp of this complex "organism" and how it coordinates interactions among billions of Homo sapiens spread across the entire planet, they quickly denounce its operations whenever things depart from the ordinary. The market is apparently good enough to be allowed to work when things are monotonous, but (we are told by its fair-weather friends) the politicians need to take the wheel when the road gets bumpy.

In particular, what has happened is that because most commentators — even some professional economists — don't really have a good intertemporal mental construct of the market, they can't really fathom how prices would guide people to properly allocate scarce resources. These commentators then succumb to the promises of the politicians to outperform the silly ol' market economy, since the politicians have a plan. In contrast, nobody can even picture what the market does over the course of a decade, and so nobody can contrast the market's performance versus the politician's objective five-year plan.

In the present article, we'll discuss the proposed regulation of commodities futures investors. In a follow-up article, we will see the same ignorance of how markets allocate across time, in the context of opening up ANWR to drilling.

What Good Do Futures Markets Do?

It is immediately obvious that the people criticizing "speculation" as leading to oil being overpriced by 100% really have no idea how futures markets shower benefits on everyone. This isn't their fault, since very few economists could even give a story explaining why the existence of futures markets promotes "efficiency."

Very briefly, futures markets allow people today to lock in exchanges that won't occur until a future date (specified contractually). An oil futures contract, for example, is a legally binding arrangement that commits a buyer, such as a refinery, to purchase a certain amount of oil at a future date, in exchange for a locked-in futures price. The seller of the futures contract would in turn be committed to show up on the relevant day with the appropriate quantity of oil, to be handed over for money.

Futures markets thus greatly mitigate the uncertainty of prices in the future, and allow more mutual gains from trade than would be possible in the absence of futures markets. For example, suppose an airline could add another city to its destinations, but this new route would only be profitable if oil prices stayed below $90. At the same time, suppose an oil producer determines that opening up a new field would only be profitable if oil stayed above $80. Without being able to use futures contracts, these two enterprises might refrain from expansion.

But if they can exchange a futures contract when the futures price is (say) $85, then the airline can confidently add its route and the oil producer can confidently open up the new field. However much the actual (spot) price of oil deviates from this projection of $85, the futures contract (over which the airline is "long" and the oil producer is "short") will credit or debit the accounts of the two parties when it is periodically "marked to market." That's why the airline and oil producer, armed with net long or net short positions in oil futures, can now blaze ahead, indifferent to the world events causing the price of crude to bounce all over the place. The airline can focus its attention on its customers, and the oil producer can listen more carefully to its geologists rather than its economists.

Within this general context, speculators provide the valuable service of moving futures prices to more accurate levels. Speculators earn profits or suffer losses in proportion to how much they either correct or disturb market prices.

How Do Institutional Investors Help?

Even if one concedes that (profitable) speculators in their pure form perform a useful service, one might dispute the benefits of large institutional investors in oil futures. That is actually the position of Michael Masters, a hedge-fund manager who provided key testimony to Congress on the alleged distortion of oil prices. Masters said,

Actually, as Masters himself knows, "Index Speculators" are net sellers whenever the futures prices rise, and are net buyers whenever they fall — so long as the rises or falls don't cause the fund managers to change their forecasts about price trends. If a fund has decided to devote, say, 1% of its total portfolio to a commodities index, then when the index goes up, so does the value of the fund. But the value of its commodities portion goes up disproportionately. If the fund managers still want only 1% exposure to commodities, during the next rebalance they will sell off some of their futures contracts. But this process itself will tend to lower futures prices, thus offsetting some of the initial rise. Therefore, the presence of large institutional investors actually acts as a brake on how quickly oil prices bounce around. It's as if the futures prices have to spike and crash through syrup.

More subtly, institutional investors provide liquidity to the futures market, which enables the commercial producers and consumers of oil to rely more heavily on futures contracts than they otherwise would. The financial analysts on CNBC and Bloomberg have been somberly explaining for months why the credit markets are in such bad shape: they are very shallow, and the prices are meaningless, because there are so few buyers. Having a deep and liquid oil futures market enhances its ability to coordinate intertemporal actions.

Banning Institutional Investors Helps No One

Even if it were true that institutional investors were driving up oil prices above their "correct" level, it still wouldn't help the average Joe to ban such investments. Speculators the world over would still dabble in oil futures and still drive up the price of oil (assuming speculators were indeed doing that in today's world). So the oil price would still be just as distorted (or not) as it is today.

However, there would be one major difference that we can count on: If certain politicians get their way and ban "speculative" investment by institutions, then the people managing Joe Sixpack's pension won't be able to shield him from skyrocketing oil prices.

Right now, motorists are getting killed at the pump, but at least they can invest in oil futures (either personally or through a professional intermediary).

Yet the government may soon heavily regulate or even ban that option for beleaguered gasoline consumers.

If people better understood how the market actually works, then they might stand back and watch it work its magic. But since they have only a dim perception of its mechanics, these people instead clamor for more laws giving men with guns the permission to order people around.