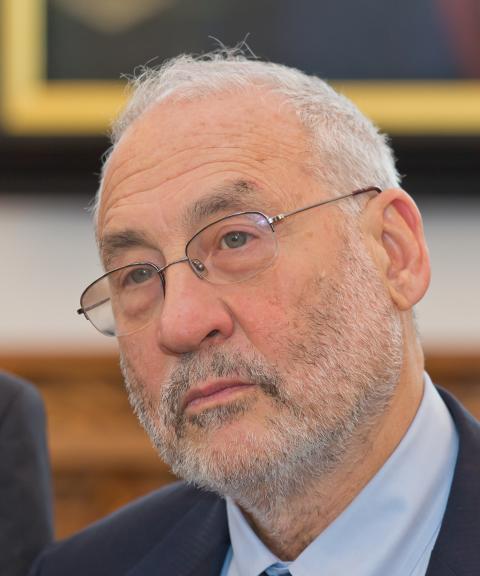 The term "market failure" came into frequent use by economists during the 20th century. During the 1930s, economists like and Abba Lerner succeeded in focusing the attention of their colleagues on imperfections in market prices.1 Deviations from optimal prices in markets were responsible for failures to direct resources to their most highly valued uses. Thus, markets supposedly fail on efficiency grounds.

By focusing on efficiency in the use of scarce resources and failures in markets to do so, interventionist-minded economists try to show that their concerns are utilitarian and scientific. There is nothing inherently wrong with having such concerns. demonstrated the importance of distinguishing between value-free economic analysis of how to attain ends in and normative discussion of what ends we should attain. It is, however, important to also distinguish between those with genuine concerns of this kind and those who instead only appear to have them.

The debate over market failure is vast, but a few exchanges stand out as important. Economists and had an exchange several years ago that deserves some attention. contended2 that free-enterprise economies underinvest in research and invention because of risk. also asserted that an "ideal socialist economy" would supply such information free of charge, thus separating the use of and the reward for producing such information.

In the late '60s, penned a devastating critique of Arrow's arguments on information, and of the "market failure" literature in general.3 To Demsetz, markets fall short of perfection, but so does government. To point to market imperfections as proof of the need for government intervention, he said, is to indulge in the "Nirvana Fallacy," whereby we compare allegedly imperfect real markets to imaginary governmental institutions that lack even the smallest imperfection.

Now, a vast literature exists on the imperfections of government in allocating resources. Yet, many economists still recommend government intervention to correct market failures, often without also considering the possibility of government failure. Why is this so? We can better understand this reluctance to make reasonable comparisons between markets and government if we examine what a leading economist has to say about these matters.

is among the most prominent proponents of government intervention. In particular, Stiglitz has written many papers on informational problems in markets. While Stiglitz has a reputation for favoring intervention, he has seemed not altogether unreasonable about these matters in the past. Stiglitz once claimed (with Sanford Grossman)4 that markets are not perfect aggregators of information. From this, he and Grossman concluded that we need a greater understanding of how central authorities use information before we can tell if they use information better than in markets.

Stiglitz arrived at the conclusion that government can improve upon welfare even when it faces serious informational constraints, because its incentives and other constraints are better than in markets. At the time that Stiglitz made this claim, we could easily have afforded him some reasonable doubts concerning his knowledge of how government works. Academics often lack real-world experience, and this was largely true in Stiglitz's case. However, Stiglitz did make a foray into the public sector.

Stiglitz notes5 that, upon embarking on his venture into the public sector, some friends of his suggested that he might return from "a bit more jaundiced about the role of government." This came to pass. During his stint in the  administration, Stiglitz identified four problems in government: commitment problems, bargaining problems, imperfect competition, and asymmetric information. Stiglitz now believes that these problems prevent the government from implementing efficient policies. He also contends that incentives for secrecy in government are central to these problems.

Stiglitz now admits that government does suffer from imperfections. Thus, he now has the knowledge of how governments use information--knowledge that he lacked years ago. How does Stiglitz interpret the lessons he learned from his experience?

"Making government processes more open, transparent, democratic and more participation and effort at consensus building is likely to result not only in a process that is fairer, but one with outcomes that are more likely to be in accord with the general interests. Perhaps we can bring [efficiency] to government" ("Distinguished Lecture on Economics in Government: The Private Uses of Public Interests: Incentives and Institutions," Journal of Economic Perspective 12, no. 2. [Spring 1998]: 3-22).

So he hopes that we can make government more efficient. But why should we make this effort? If government has serious failings that prevent its efficient operation, should we not at least consider free-market capitalism as an alternative? Or are we for some reason obligated to bend over backward to make government work efficiently?

After all, objective scholars, concerned only with economic efficiency, should simply accept the facts as they are. Instead, however, Stiglitz holds out hope that we can improve upon the efficiency of government. The fact that he never held out such hopes about free markets further illustrates his bias. Objective scholars arrive at conclusions based on sound reasoning and valid evidence rather than on wishful thinking.

Given that Professor Stiglitz is apparently immune to all arguments and evidence for markets and against government, we must conclude that he is not at all concerned with value-free economic analysis aimed toward finding the most efficient means toward given ends. Instead, he sees the expansion of government as the end that we should pursue.

Stiglitz is by no means alone in his passion for government. Indeed, he owes his prominence in the profession to the admiration of his work by many of his peers. It is therefore reasonable to suspect like-minded economists of ideological bias as well.

Such persons hide their biases behind a veil of technical jargon as they pursue their ideologically driven goals. The failings of big government during the 20th century matter not to their goals because the expansion of government is their goal. They are not concerned with what system works best, but with how best to promote the system that they want to see work.

There is nothing inherently wrong with attempts to establish ends for us to aim at in economic matters. Those who desire more government simply for its own sake, however, should at least be honest about their intentions. Instead of pretending to be concerned with efficiency, and others like him should admit that are advocates of particular ends rather than analysts of different means.

If their ideological convictions for government have merit, then they should be anxious to explain them. If their beliefs lack merit, then they should accept this graciously. In either case, it is clear that all too many economists are not interested in an open and honest debate over these issues. Instead, they use deceptive rhetoric about market failure to hide their true agenda: the expansion and empowerment of the state.