GET NEWS AND ARTICLES IN YOUR INBOXPrint
A
A
Home | Mises Library | Market Failure Again? 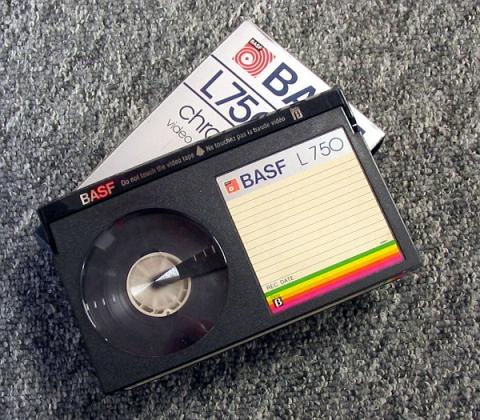 Again and again, popular literature on technology parades out a trio of cases to illustrate that superior technology doesn’t always win out in the market. The writers citing these instances use them to question the efficiency of the market process, and use them as justification for government interventions into the market.

The three stars of this show are:

It is important that we use the term "superior" to mean superior in satisfying the consumers' needs, given the current configuration of the factors of production. An engineer may view a Mercedes as superior to a Honda, but the fact that Mercedes do not outsell Hondas is not a failure on the part of the market, but a reflection of the market's ability to meet the needs of the mass of consumers. Viewed from this perspective, the claim that these technologies are superior turns out to be empty. There is no evidence that the triumph of alternate standards was inefficient.

A few examples illustrate how commonplace the idea is that Dvorak, Betamax, and Macintosh were superior products that the market capriciously rejected:

Jared Diamond, writing in Discover Magazine, tells us: "The infinitely superior Dvorak keyboard is named for August Dvorak… QWERTY’s saga illustrates a much broader phenomenon: how commitment shapes the history of technology and culture, often selecting which innovations become entrenched and which are rejected."

The August, 1998 issue of Wired Magazine contains the claim: "But of course, 'fittest' in technology does not always mean 'best'--hello, Macintosh and Betamax."

Paul Kedrosky introduces us to a leading proponent of these contentions, again in Wired Magazine, as follows:

Brian Arthur… is the founding father of "increasing-returns economics," a new branch that is examining how dominant players in emerging markets can stifle innovation by locking people into inferior technical standards. Think of the old battle between VHS and Beta, and you begin to understand why superior technologies don't always win the tug of war for market share.

This triumvirate is the major evidence put forward by the proponents, such as Arthur, of "strong path dependence," the keystone of "increasing return economics." The theory is that in the high technology world, as opposed to older manufacturing industries, a company's profit margin often increases with each additional customer.

A typical example used is that of Microsoft, where it is contended that, while each additional sale of Windows adds a diminishing amount to Microsoft's costs, each sale adds an increasing amount to the value of Windows.

(Whether or not this is true in reality is another question.)

Anyway, increasing return economics claims that because of this putative size advantage, the early market leader will be able to crush late arrivals. This leads to strong path dependence, because although the late arrivals may have better products, they won't stand a chance in the market.

It is useful to differentiate between the claims of "weak path dependence" and "strong path dependence." The weak case says little more than that the future is, to some extent, dependent on the past.

For instance, the presence of nonconvertible capital goods in an economy will lead to more conservative choices of methods of production than if they were absent.

But this is good, because it is only in the case where investments in new technology more than repay the cost of abandoning existing capital goods that they should be made.

However, the strong case goes much further than the weak one, and contends that we often get stuck using inferior products, even when "society" could benefit from switching to better ones, as the first product to market can win out against significantly superior competitive products.

Those forwarding this theory contend that this leads to a situation where the government could usefully intervene to steer the market toward better standards.

The first flaw in the interventionist argument based on strong path dependence is that there is no objective yardstick by which to gauge whether some technology is "better for society," other than the profits and losses of the entrepreneurs who choose it.

There is no possible way to measure whether consumers have received a net benefit from some macro-level change to the technological landscape in which the economy operates. Some consumers will gain, some will lose, but we cannot "sum up" these changes to yield a total for "society’s profit."

The second flaw is that there is no evidence that the supposed problems even exist. Let's examine the three popular cases put forward by the proponents of strong path dependence, and see how their evidence stands up under closer scrutiny.

Sony (the developer of the Betamax format) and Matsushita (one of the VHS developers) choose to give different weight to the importance of ease of transportability (which meant small tape size) and recording time (which increases with tape size). Sony thought that consumers would want a paperback-sized cassette, even though this limited recording time to one hour, while Matsushita opted for a larger tape and a two-hour recording time. Otherwise, the two technologies were nearly identical.

Stan Liebowitz and Stephen Margolis, the authors’ of Winners, Losers & Microsoft, point out that:

Not only did the market not get stuck on the Beta path… Notice that this is anything but path dependence. Even though Beta got there first [by two years!], VHS was able to overtake Beta very quickly. This, of course, is the exact opposite of the predictions of path dependence… For most consumers, VHS offered a better set of performance features. The market outcome… is exactly what they wanted.

The superiority of the Dvorak keyboard to the standard QWERTY layout is usually taken for granted. Yet this myth is built around a single study, which was performed by the U.S. Navy during World War II. The study, it turns out, was conducted by none other than keyboard inventor August Dvorak himself, who was the Navy's top expert in the analysis of time and motion studies during World War II. Later studies have failed to support Dvorak's results.

The QWERTY keyboard design had to win many typing-speed contests to eventually triumph in the market. The ergonomics of QWERTY, it turns out, differ from those of the Dvorak by so little that it does not repay the cost of training to switch. If this were not the case, and Dvorak's claims of large efficiency increases with a few days training were true, then a single corporation with a large typing pool could internalize the costs of switching technologies, and lead the market away from the "QWERTY trap" all by itself.

As Virginia Postrel points out, calling the Macintosh superior to "Wintel" computers ignores many dimensions of what users want from their machines: expandability, a good price/performance ratio, a wide choice of peripherals, a wealth of software, and so on.

The first Macintosh was a 128K machine with no option for RAM expansion, no parallel port, a single floppy drive, no hard drive option, little available software, and a limited choice of printers. It was simply not an acceptable business machine. Although Apple improved in these regards, it also continued to charge high prices, keeping the Macintosh price/performance ratio far below that of DOS machines.

Apple also erred in failing to realize that a large portion of the early PC adopters were tinkerers, who wanted to be able to get inside their machine, trying to hook a piece of lab equipment to the bus, for example. The early Mac was simply not to be tinkered with. The case was designed so that the consumer could not even open it.

This was a crucial mistake, for it is the tinkerers who develop the peripherals and applications that a platform needs to succeed. Tom Steinert-Threlkeld sums up Apple's failure: "Open up your architecture to all comers and win -- or keep it closed, like the Macintosh, and lose."

Note that Apple seems to have learned from its mistakes, and is again gaining market share—exactly what should happen, if the consumers are truly sovereign in the market.

Night of the Living Dead Economists

If strong path dependence is so uncommon that the proponents of the theory can't find any good examples, then their call for government interference in the market is unfounded.

Far from stifling innovation, as Arthur contends, Microsoft has had to innovate constantly to maintain its position. Consider that just a few years ago, "Microsoft Bob" was, according to Redmond, the "easy-going software that everyone will use." But it turned out that it was actually a Web browser that everyone would use, and Microsoft quickly switched strategies.. Microsoft may have wanted to stifle innovation in this case; they were simply unable to do so.

So it turns out that instead of being a "new economics," the theory of strong path dependence is simply another resurrection of interventionism, desperately grasping at any notion that might raise it from the intellectual graveyard where it ought to stay buried.

Diamond, Jared. "The Curse of QWERTY." Discover Magazine, April 1997. (The hyperlink here is to the archive search engine. Enter "QWERTY" in the search field, and this article will be returned.)

Liebowitz, Stan and Margolis, Stephen E. "The Fable of the Keys." Journal of Law and Economics, April 1990.

Liebowitz, Stan and Margolis, Stephen E. "Should Technology Choice be a Concern of Antitrust Policy?" Harvard Journal of Law and Technology, Summer 1996.