Madoff and the Failure of the SEC

Few Wall Street gurus or members of the financial press, if asked on December 11, would have said that the news of Senate Republicans spurning Bush and killing the automotive bailout would not be the next day's top headline. They would have been sadly mistaken.

News broke on December 12 that Bernard Madoff, former chairman of the NASDAQ stock market, was arrested for committing fraud. This was not in the form of some minor chicanery, but a fifty-billion-dollar scam. Lest the reader think that the word scam is too harsh, I will put it in Madoff's own words; he referred to his operation as "all just one big lie" and "basically, a giant Ponzi scheme."

For those unfamiliar with the nature of a Ponzi scheme, it relies on funds from new investors to pay falsified, and abnormally high, returns to existing investors. As Madoff demonstrated, as long as there is sufficient money coming in, it can reach massive proportions and continue for years.

Madoff managed to lure billions of dollars away from huge charities, as well as wealthy individuals in both the United States and Europe by getting them to invest in his hedge fund. He did so by claiming extraordinary returns (generally in the low double digits). His scheme eventually reached a staggering $50 billion under "management." This all came crashing down around him after market conditions led to a considerable amount of redemptions (investors asked for their money back).

Hedge funds are different from mutual funds in many respects. Most notably, hedge funds are not burdened by the same government regulatory requirements that mutual funds are. They also generally have much different compensation structures and considerably higher barriers to entry for potential investors. Due to hedge funds' relative freedom from excessive government intervention and regulatory burden, they are often able to generate higher returns than the average mutual fund; indeed, most mutual funds underperform compared to the S&P 500 benchmark.

As shocking and unprecedented as this scandal is, many in the financial press are beginning to ask "Where was the SEC?" This is perhaps the most important lesson to be gleaned from this tragedy, which has left countless bankrupt. It seems that everyone wants to know how anyone could be so clever as to run a fifty-billion-dollar Ponzi scheme without the SEC — which has seemingly limitless power and resources at its disposal — ever noticing. After all, if the government couldn't protect people who could? The answer is simple: the free market.

This is not a case in which free-market proponents are forced to theorize countless what-if scenarios regarding a solution that would not involve the government. The free market did spot the problem; it even reported it to the SEC. Perhaps unsurprisingly, all of the warnings were ignored by the SEC, which failed its fiduciary obligation to investors.

Due to the lack of government intervention and regulation with respect to hedge funds, consumers demanded some sort of policing of hedge funds in order to protect investors who lack the knowledge or resources to properly investigate the funds in which they plan to entrust their money. The free market responded to the consumer demand and so-called "due-diligence firms" emerged. Individuals seeking to invest in a hedge fund frequently pay one of these due-diligence firms for their opinion about specific hedge funds.

Due-diligence firms use the fees collected from their clients to hire professionals to meticulously review hedge firms for signs of deceit. One such firm is Aksia LLC. After painstakingly investigating the operations of Madoff's operation, they found several red flags. A brief summary of some of the red flags uncovered by Aksia can be found here. Shockingly, Aksia even uncovered a letter to the SEC dating from 2005 which claimed that Madoff was running a Ponzi scheme. As a result of its investigation, Aksia advised all of its clients not to invest their money in Madoff's hedge fund.

This is a perfect case study showing that the SEC is incapable of protecting investors as well as free-market institutions can. The SEC is becoming increasingly irrelevant and people are beginning to take notice. It failed to save investors from the house of cards made up of mortgage-backed securities, credit default swaps, and collateralized debt obligations that resulted from the housing bubble. Now it has failed to protect thousands more individuals and charities from something as simple and old as a Ponzi scheme! 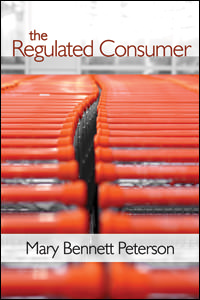 It seems that this event will place people into one of two camps. Either people will be disillusioned with the SEC and realize that the only function that it seems to be able to do well is to stand in the way of the free market's self-policing mechanism, or they will come to the erroneous conclusion that there is too little regulation and that the SEC needs more power to protect investors.

I fear that the latter will be the majority, but even so, many will come to see that less government is the real way to protect people. Tragically, it is in the nature of government, when its failures are exposed, to claim that if only it had more power it could have performed its duties in the manner it had promised.

Briggs Armstrong is a student at Auburn University majoring in accounting and minoring in finance. armstbr@auburn.edu. Comment on the blog.