Lord Acton on Liberty and Government 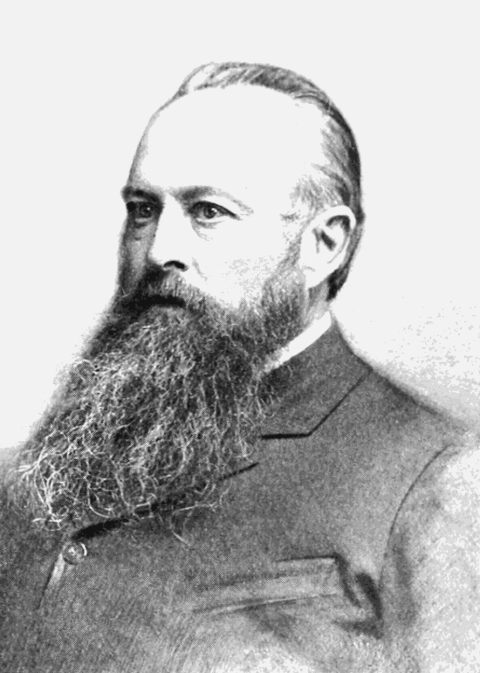 Many Americans can identify the author as Lord Acton.  But that is about all they know about John Emerich Edward Dalberg Acton--First Baron Acton of Aldenham.  That is a pity, because, according to Stephen Tonsor, Professor Emeritus of History at the University of Michigan, Acton was both "the most knowledgeable foreign observer of American affairs in the nineteenth century," and deeply concerned about "the threat to freedom from centralized governmental absolutism, the tyranny of the majority, bureaucratic administration, democracy and socialism," threats which have hardly been vanquished today.

A century after his death in 1902, it is worth remembering more of Lord Acton than his most famous quote.  After all, as his Acton Institute biography states, "he was considered one of the most learned people of his age, unmatched for the breadth, depth, and humanity of his knowledge," and "became known as one of the most articulate defenders of religious and political freedom" in the 19th century.

At all times sincere friends of freedom have been rare...

In every age [liberty's] progress has been beset by its natural enemies: by ignorance and superstition, by lust of conquest and by love of ease, by the strong man's craving for power, and the poor man's craving for food.

By liberty I mean the assurance that every man shall be protected in doing what he believes is his duty, against the influence of authority and majorities, custom and opinion.

Liberty is the prevention of control by others.  This requires self-control...

Liberty alone demands, for its realization, the limitation of the public authority, for liberty is the only object which benefits all alike, and provokes no sincere opposition.

Liberty and good government do not exclude each other; and there are excellent reasons why they should go together.  Liberty is not a means to a higher political end.  It is itself the highest political end.  It is not for the sake of a good public administration that it is required, but for the security in the pursuit of the highest objects of civil society, and of private life.

Liberty is not the power of doing what we like, but the right of being able to do what we ought.

Liberty enables us to do our duty unhindered by the state, by society, by ignorance and error.  We are free in proportion as we are safe from these impediments...

...obscure ethics imply imperfect liberty.  For liberty comes not with any ethical system, but with a very developed one.

...sanctifying freedom...teaching men to treasure the liberties of others as their own, and to defend them for the love of justice and charity more than as a claim of right, has been the soul of what is great and good in the progress of the last two hundred years.

...conscience imperatively demands a corresponding measure of personal liberty...With this no human authority can be permitted to interfere.  We are bound to extend to the utmost, and to guard from every encroachment, the sphere in which we can act in obedience to the sole voice of conscience, regardless of any other consideration.

...the interest of individuals is above the exclusive interest of the state. The power of the whole is not to be set in the balance for a moment with freedom-that is, the conscience of the subject-and those who act on other principle are the worst of criminals.

It is easier to find people fit to govern themselves than people to govern others.  Every man is the best, the most responsible, judge of his own advantage.

The great question is to discover, not what governments prescribe, but what they ought to prescribe; for no prescription is valid against the conscience of mankind.

The finest opportunity ever given to the world was thrown away because the passion of equality made vain the hope for freedom.

Whenever a single definite object is made the supreme end of the State, be it the advantage of a class, the safety of the power of the country, the greatest happiness of the greatest number, or the support of any speculative idea, the State becomes for the time inevitably absolute.

Laws are made for the public good...The public good is not to be considered, if it is purchased at the expense of an individual.

The will of the people cannot make just that which is unjust.

Popular power may be tainted with the same poison as personal power.

The one pervading evil of democracy is the tyranny of the majority, or rather if that party, not always the majority, that succeeds, by force or fraud, in carrying elections.

The most certain test by which we judge whether a country is really free is the amount of security enjoyed by minorities.

Among all the causes which degrade and demoralize men, power is the most constant and the most active.

Those who have more power are liable to sin more; no theorem in geometry is more certain than this.

...the possession of unlimited power...corrodes the conscience, hardens the heart, and confounds the understanding...

There is no error so monstrous that it fails to find defenders...

There are principles which override precedents...there is such a thing as a higher law.

...all legislation must conform [under a law of nature]...by the voice of universal reason...a principle embracing all mankind... A generous spirit prefers that his country should be poor, and weak, and of no account, but free, rather than powerful, prosperous, and enslaved.

Because of his concern with freedom, Lord Acton was intensely interested in and concerned about America's experiment in liberty.  And he left no doubt about how important our founding was to the cause of liberty throughout the world, when he said:

...Washington and Hamilton...Their example...teaches that men ought to be in arms even against a remote and constructive danger to their freedom, that even if the cloud is no bigger than a man's hand, it is their right and their duty to stake the national existence, to sacrifice lives and fortunes...to shatter crowns and scepters and fling parliaments into the sea.  On this principle of subversion they erected their commonwealth, and by its virtue lifted the world out of its orbit and assigned a new course to history.

Professor Tonsor said of Acton that "it is a pity that American historians so rarely read him."  And it is hard to dispute that conclusion. Acton may have been unable to produce the comprehensive history of liberty he intended to write, but his collected works provide us with plenty of wisdom, now all but forgotten.