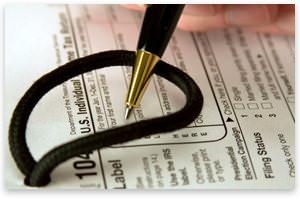 Editor's Note: Although negotiations concerning the "fiscal cliff" seem to be at an impasse, the one thing both Democrats and Republicans agree on is their desire to close tax loopholes. That is bad news for the economy, because as Ludwig von Mises said, "Capitalism breathes through those loopholes." Closing loopholes to "broaden the tax base" has been a supply-sider, Republican economic policy plank for decades. Murray Rothbard challenged this fetish from the pages of the Mises Institute's The Free Market. This article originally ran as "The Return Of The Tax Credit" in the July 1988 issue of The Free Market, and is included in the collection Making Economic Sense.

Modern liberalism works in a simple but effective manner: liberals Find Problems. This is not a difficult task, considering that the world abounds with problems waiting to be discovered. At the heart of these problems is the fact that we do not live in the Garden of Eden: that there is a scarcity of resources available for us to achieve all of our desired goals. Thus: there is the Problem of X number (to be discovered by sociological research) of people over 65 with hangnails; and the Problem that there are over 200 million Americans who cannot afford the BMW of their dreams. Having Found the Problem, the liberal researcher examines it and worries about it until it becomes a full-fledged Crisis.

A typical procedure: the liberal finds two or three cases of people with beri-beri. On television, we are treated to graphic portrayals of suffering beri-beri victims, and we are flooded with direct-mail appeals to help conquer the dread beri-beri outbreak. After ten years, and billions of federal tax dollars poured into beri-beri research, beri-beri treatment centers, beri-beri maintenance doses, and whatever, a survey of the results of the great struggle demonstrates the potentially disquieting fact that there is more beri-beri around than ever before. The idea that federal funding for beri-beri has been a waste of time and money and perhaps even counter-productive is quickly dismissed. Instead, the liberal draws the lesson that beri-beri is even more of a menace than he had thought, and that there must be a prompt across-the-board tripling of federal funding. And, moreover, he points out that we now enjoy the advantage in the struggle of having in place 200,000 highly trained beri-beri professionals, ready to devote the rest of their lives, on suitably lavish federal grants, to the great Cause.

Since voicing the idea that perhaps it is not the government's place to go around Solving Social Problems had subjected them to the withering charge of "insensitivity" and "lack of compassion," some conservatives latched onto a shrewd end-run strategy. "Yes, yes," they agreed, "we too are convinced of the urgency of your Social Crisis, and we thank you for calling it to our attention. But we believe that the way to solve the problem is not through increased government spending and higher taxes, but by allowing private persons and groups to spend money solving the problem, to be financed by tax credits."

In short, the social crisis would be solved by allowing people to keep more of their own money, provided they spend it on: aiding hangnail research, BMWs, or combating beri-beri. While the fundamental philosophical problem was sidestepped, at least people were allowed to spend their money themselves, and taxes would fall instead of increase. It is true that people were still not being allowed to keep their money, period, but at least the tax credit was a welcome step away from government and toward private action and operation.

In 1986, however, everything changed. Conservatives joined liberals in scorning the tax credit as a "subsidy" (as if allowing people to spend their own money is the same thing as giving them some of other people's money!) and in rejecting the tax credit approach as a "loophole," a breach in the noble ideal of a monolithic uniformity of taxation. Instead of trying to get people's taxes as low as possible, reducing taxes where they could, conservatives now adopted the ideal of a monolithic, "fair," imposition of an equal pain on everyone in society.

The Tax Reform Act of 1986 was supposed to bring sweet simplicity to our tax forms, and to bring about fairness without changing total revenue. But when Americans finally got through wending their way through the thickets of their tax forms, they found everything so complex that even the IRS couldn't understand what was going on and most of them found that their tax payments had gone up. And there were no tax credits to bring them solace.

But there is hope. The liberal Crisis of 1988, displacing the Homeless of the previous year and the Hungry of the year before, is the fact that upper-middle class, two-wage-earner families, the very backbone of the liberal constituency, can't afford the child-care services to which they would like to become accustomed. Hence, the call, heeded on all sides, for many billions of federal taxpayer dollars, by which relatively low-income, single-wage-earner families would be forced to subsidize wealthier families with working mothers. Truly the Welfare State in action!

In despair, and not prepared to say either (a) that this problem is none of the government's business, or (b) that child care would be both cheaper and more abundant if government regulations requiring minimum cubic feet of space, licensed RNs on the premises, etc. were abolished, the conservatives, in their desperation, came up with our old, forgotten taxpayers' friend: the tax credit. That credit would apply, not only toward professional child care, but also for mothers choosing to tend their children at home.

Let us hope that the tax credit will return in full force. And then we can revive the lost tactic, not of "closing the loopholes," but of ever-widening them, opening them so widely for all indeed, that everyone will be able to drive a Mack truck through them, until that wondrous day when the entire federal revenue system will be one gigantic loophole.