The Logical Progression of "Public Accomodation" 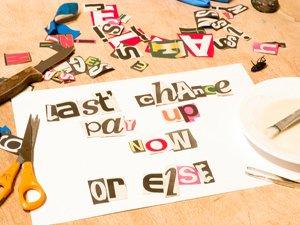 With the recent court decisions — and lack thereof — in the case involving Elaine and Jonathan Huguenin and their refusal to photograph the commitment ceremony of a lesbian couple, we find ourselves ever further down what appears to be a slippery slope to slavery.

A cursory review of the decision of the New Mexico State Supreme Court suggests it is merely an enforcement of a positive right granted to those who cross the threshold of any business. However, the decision has implications that reach far afield.

Since I object to the belief that the individual holds some sort of collective right to public accommodation against the wishes of a business owner, I already take issue with the prevailing opinion of the court. Nevertheless, upon further consideration, my disdain for this instance of jurisprudence grows.

Now, if I were to walk into a shop and discuss my desire for photography services, only to end up in a heated argument with the owner, I would not attempt to convince him to serve me. Instead, I would find someone who is interested in doing a good job, not someone simply going through the motions while holding a grudge.1

Inherent in the demand for service is the demand for quality — quality commensurate with the price, of course. Now, if I had some claim to the labor of someone else, it is fair to assume he would not welcome that claim and its implication of servitude. So it is not unreasonable to assume his efforts would be less than that exerted in a free exchange.

Based on the current direction of court decisions, if Elane Photography accepted the contract under duress and proceeded to take lousy pictures, the lesbian couple would have another claim against the studios — for providing an unequal level of service.

In other words, it is not enough that the studio takes pictures, the pictures must be equal — in the eyes of the couple, one would assume — to those taken at traditional weddings. It must be so.

And there is more. Suppose the photographer sent from the studio wore a t-shirt stating his disagreement with same sex-ceremonies. Would the courts allow such an act? In other words, can the photographer do anything that might disrupt the moment — in the eyes of the couple, once again?

Or suppose the photographer grimaced and showed outright contempt for the ceremony. Suppose he refused to shake hands, make eye contact, or engage in similar niceties. What if his boorish behavior spoiled the event? Would the courts allow that to stand? Of course not. If the courts permitted rebellion by individuals, their decision would be rendered meaningless.

Keep in mind the studio cannot opt out through any means, so a heckler’s veto of sorts must not be permitted, and any attempt at such a veto punished heavily. In other words, the studio and its employees must not act in a manner that would, under a free exchange, cause the couple to terminate the contract — the studio is bound by law to provide the service in the manner defined by the couple.

We all know where this is headed. Some will cry, “slippery slope fallacy,” but even they know their cry is disingenuous. Sure, tomorrow will look much like today. But looking back at today’s conditions a few years from now will reveal that the slope is real — similar to looking at today from a viewpoint of a decade ago.

And those who cheer the growth of government when it abuses someone else need to realize that what goes around, comes around, with government only too happy in the future to abuse them as well.2

Ludwig von Mises noted that either negative rights to person and property are enforced or we are on the slope to slavery: there is no middle way.3 Think you can pick a stopping point mid-slide? Good luck. The guy riding the slide in front of you is waxing away.