The Libertarian Position on Capital Punishment 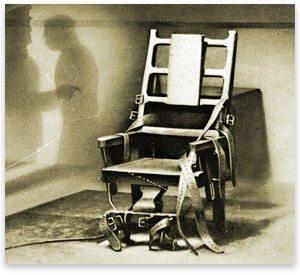 07/13/2010Murray N. Rothbard
The liberal thesis that capital punishment is brutal because it condones murder is fallacious because it takes the isolated act of killing the murderer out of context."

There are few issues that have gripped the general public more compellingly in recent years than the death penalty. Throughout the country, and especially in urban areas, a rising tide of violent crime, mugging, and murder has led to an outpouring of public sentiment for revival of the death penalty for homicide. If for no other reason than this one, the libertarian movement — especially the Libertarian Party — must address itself directly to the capital-punishment question, for only by addressing squarely the important political issues of the day can we make libertarianism relevant to the public. There is no doubt that the overwhelming majority of the public, regardless of creed or occupation, vehemently supports the return of the death penalty, ending the abolition that had been put over by liberal intellectuals and their judicial sympathizers. In New York, liberal Governor Hugh Carey has risked his political neck by vetoing a bill restoring the death penalty; in California, former Los Angeles Police Chief Ed Davis has taken a leading role in the Republican race for governor by championing the return of the death penalty for murder.

Even the august Supreme Court of the United States has kept its eye on the election returns. In 1972, it banned any capital punishment on the curious new constitutional doctrine that it violated the Eighth Amendment's prohibition of "cruel and unusual punishment." In 1976 and 1977, however, it retreated to the point of allowing the death penalty for murder alone (and not for rape or kidnapping), but only where its imposition had not been mandated by the legislature. Thirty-three states now have death penalty statutes, which continue to be tested in the courts.

The Libertarian Party, including myself on the platform committee, has tended to shy away from the capital punishment question until a broad consensus on punishment theory is attained within the libertarian movement. Opinion within the movement ranges far and wide, from the ultrapacifist view that all punishment must be abandoned, to the "hanging judge" position that any infraction of someone's private property, however minor, shows that the criminal has no respect for property rights and therefore that this minor aggressor deserves to be executed. But we can afford to wait no longer to come to grips with the capital-punishment question. This has become a pressing question in political life, more than just a fascinating problem in high libertarian theory. We must resolve the issue within our ranks and then advance our views in the public debate.

In my view, it is not an accident that there is very little support among the public for the death penalty except for the crime of murder — even though in 18th-century England, for example, the death penalty was employed in cheerful abandon for numerous crimes. I believe that the instincts of the public are correct on this issue: namely, that the punishment should fit the crime; i.e., that punishment should be proportional to the crime involved. The theoretical justification for this is that an aggressor loses his rights to the extent that he has violated the rights of another human being. If A steals $10,000 from B, he should be forced, not only to return the $10,000 (the "restitutionist" position, with which most libertarians would agree), but he also loses his rights to his own $10,000; that is, he should be forced to pay the victim $10,000 for his aggression.

But if A loses his right to $10,000, should B, the victim, also have the right to have A executed for his crime? Surely not, for then the punishment would be grossly disproportionate. The criminal would then lose an important part of his own rights, and B — the previous victim — and his accomplices, would now be committing their own act of aggression upon A.

It is relatively easy to allot monetary penalties in the case of theft. But what about such a crime as murder? Here, in my view, the murderer loses precisely the right of which he has deprived another human being: the right to have one's life preserved from the violence of another person. The murderer therefore deserves to be killed in return. Or, to put it more precisely, the victim — in this case his surrogate, in the form of his heir or the executor of his estate should have the right to kill the murderer in return. Libertarians can no longer afford to wait to come to grips with capital punishment. It has become too pressing a problem.

"In all cases, it should be the victim — not 'society' or 'its' district attorney — who should bring charges and decide on whether or not to exact punishment."

The liberal thesis that capital punishment is brutal because it condones murder is fallacious because it takes the isolated act of killing the murderer out of context: the context of the previous murder that the aggressor had committed. We are familiar with the common charge that liberals, in weeping over the murderer, willfully ignore the far more tragic violence that he committed on his victim; and this charge is surely correct.

Another common liberal complaint is that the death penalty does not deter murder from being committed. All sorts of statistics are slung back and forth trying to "prove" or disprove this claim. While it is impossible to prove the degree of deterrence, it seems indisputable that some murders would be deterred by the death penalty. Sometimes the liberal argument comes perilously close to maintaining that no punishment deters any crime — a manifestly absurd view that could easily be tested by removing all legal penalties for nonpayment of income tax and seeing if there is any reduction in the taxes paid. (Wanna bet?) Furthermore, the murderer himself is certainly "deterred" from any repetition of his crime — and quite permanently.

But in any case, note that I did not couch my argument in utilitarian terms of deterrence of future crime; my argument was based on basic rights and the requirements of justice. The libertarian takes his stand for individual rights not merely on the basis of social consequences, but more emphatically on the justice that is due to every individual. Some states provide for the death penalty only for murderers of policemen or prison guards, and not for any other cases of homicide. The libertarian can only regard such statutes as an obscenity. To levy capital punishment solely for killers of government officials, but not for murderers of private citizens, can only be considered a grotesque travesty of justice. Does this mean that the government proposes to protect fully only the rights of its own members, and not of anyone else?

So far we have gone all the way with the proponents of the death penalty, ranging ourselves with the instincts of the general public and against the sophistries of the liberal intellectual elite. But there is an important difference. For I have been stressing throughout the right of the victim, not that of "society" or the state. In all cases, it should be the victim — not "society" or "its" district attorney — who should bring charges and decide on whether or not to exact punishment. "Society" has no right and therefore no say in the matter. The state now monopolizes the provision of defense, judicial, and punishment service. So long as it continues to do so, it should act as nothing more and nothing less than an agent for guarding and enforcing the rights of each person — in this case, of the victim.

If, then, a crime is committed, it should be up to the victim to press charges or to decide whether the restitution or punishment due him should be exacted by the state. The victim should be able to order the state not to press charges or not to punish the victim to the full extent that he has the right to do so. Thus, suppose that A aggresses against B; but B is a pacifist or doesn't believe in punishment for whatever reason; the State should not be able, as it is now, to continue to prosecute A in the name of "society" even though the victim may be urging otherwise. Or, similarly, the criminal should be able to go to the victim and buy his way out of his prosecution or punishment; for in that case, the victim has agreed voluntarily to allow the criminal to pay him monetary restitution in lieu of other sanctions against him.

In short, within the limits of his proportional right of punishment, the victim should have the sole decision how much, if at all, to exercise that right. But, it has been pointed out, how can we leave the decision up to the victim in the case of murder, precisely the one crime which removes the victim totally from the scene? Can we really trust his heir or executor to pursue the victim's interests fully and wholeheartedly, especially if we allow the criminal to buy his way out of punishment, in dealing directly with the heir? This, however, is not an insuperable problem. The answer is to deal with the problem in the same way as any wishes of a deceased person are obeyed: in his will. The deceased can instruct heirs, courts, and any other interested parties on how he would wish a murderer of his to be treated. In that case, pacifists, liberal intellectuals, et al. can leave clauses in their wills instructing law enforcement authorities not to kill, or even not to press charges against a criminal in the event of their murder; and the authorities would be required to obey.

As a practical matter, in the here and now, and until such wills become a matter of common practice, libertarians can enter the political arena with the following clear-cut position, a position that not only endorses the fervent instincts of the general public, but will also instruct them still further on libertarian principles, namely, that we advocate capital punishment for all cases of murder, except in those cases where the victim has left a will instructing his heirs and assigns not to levy the death penalty on any possible murder. In that way, the possessors of a liberal or pacifist conscience can go about their business assured that they could never be a party to capital punishment; while the rest of us can have the capital punishment we would like to have, free from the interference of liberal busybodies.