GET NEWS AND ARTICLES IN YOUR INBOXPrint
A
A
Home | Mises Library | Liberalism: Reclaiming the Term 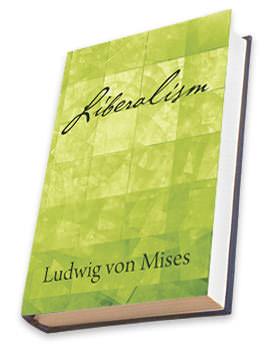 The original work, published in 1927, was entitled Liberalismus and so complemented, as indicated earlier, Mises's book on socialism. That it was deemed desirable or necessary, when the English translation was prepared in the early '60s, to re-title it The Free and Prosperous Commonwealth illustrates pointedly what I believe to be a real tragedy in intellectual history: the transfer of the term liberalism.

The underlying issue is not merely terminological; nor can it be brushed aside as just another instance of the more general degeneration of language — an entropy of words, so to say — in which earlier distinctions of meaning and tonality have tended to be lost. There is more here than a devaluation of terms, important as that may be; involved are substantive matters of the greatest practical as well as intellectual significance.

To begin with, the word liberal has clear and pertinent etymological roots grounded in the ideal of individual liberty. It also has a valuable historical foundation in tradition and experience, as well as the patrimony of a rich and extensive literature in social philosophy, political thought, belles lettres, and elsewhere. For these and many other reasons, it is inconceivable that the point of view which this book illustrates should not have exclusive and unassailable claim on the liberal label.

Yet, for all of this, the term liberalism proved unable to go beyond the 19th century or the Atlantic without changing its meaning — and not just slightly but virtually to that of its contrary! The resulting confusions and imprecision are such that one finds it hard to conceive of a deliberate plan that could have succeeded more in obfuscating its content and meaning.

The sadness of all this is compounded by at least two more considerations. One is the astonishing agreeableness with which the titular heirs of liberalism not only let the title slip away but actually repelled it by their willingness to use it as a term of opprobrium for crypto-socialists, for whom a more relevant label already existed. In comparison to this spectacle, the ancient fable of the camel and the tent looks like a mild case of rezoning. The other reason for regret is that the loss of the term liberal made it necessary to have recourse to any number of contrived surrogate terms or tortured circumlocutions. (E.g., "libertarian," "19th-century liberalism," or "classical" liberalism. Is there, incidentally, a "neo-classical" liberalism to which anyone claims memberships?)

Is the liberal label by now irreversibly lost to us? In an appendix to the original German edition (and included in the translation), Mises discusses the changing meaning of the term and alludes to the possibility of recapturing it. But by 1962, in his preface to the English translation, he appears to have abandoned any hope of doing so.

I must respectfully disagree. Because, by any reasonable standard, liberalism belongs to us, I believe we are bound to try to take it back — as a matter of principle, if for no other reason. And there are other reasons. For one thing, inasmuch as liberalism, as Mises points out, includes more than economic freedom, it is really needed as the most suitable and inclusive term. For another, the need to communicate clearly and unambiguously with the general public — whose support is ultimately essential — we need a single, straightforward term and not some verbal contrivance that must sound "mealy-mouthed" to the man in the street. Furthermore, the present time and circumstances are relatively propitious — a growing general disenchantment with government interventions and the reviving awareness of individual freedom of choice can identify more readily with a respected and comprehensive name.

How can we proceed to reclaim our own name? Most probably by simply reversing the process by which we have been losing it; first by ceasing, ourselves using it in its incorrect meaning; then by insistently reinforcing its correct use (the term has not completely passed over in some parts of the world); and finally by refusing as often as is necessary to go along with its continued occupancy by those with less than no legitimate claim to it — they should be urged to seek a label that fits their views as well as liberalism does ours.

Some will fret unduly about the inevitable confusion of doctrines — I suspect this concern was partly responsible for our earlier unseemly haste in vacating the tent — but this is a price we should be ready to pay this time. For one thing, some confusion still exists as matters stand now, so that a bit more, temporarily, is not intolerable. Also, confusion cuts both ways, so others will share the cost and this time, perhaps, the discomfort will cause the camel to withdraw.

Thus it is that the present reprint reverts to the original title of the book. It is to be hoped that others will concur in using the term without apology or qualification — it needs none — so that liberalism may ultimately resume its traditional and correct meaning.

Louis M. Spadaro (October 11, 1913 – May 3, 2008) was a friend and colleague of Ludwig von Mises, under whom he earned his PhD in economics. President of the Institute for Humane Studies and the founding dean of the Fordham University Graduate School of Business Administration, he taught economics at Fordham University since 1938. He was the author of the textbook Economics: An Introductory View (1969) and the editor of New Directions in Austrian Economics.