Lemons and the Nobel Prize 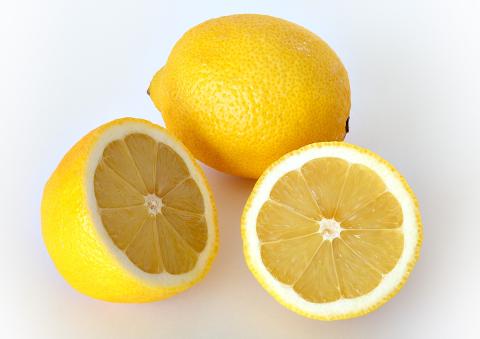 The 2001 Nobel Prize in economic sciences has been awarded to George A. Akerlof, Joseph E. Stiglitz, and A. Michael Spence for "their analyses of markets with asymmetric information" and their "advances in analyzing markets and the control of information."

As a first-year graduate student in economics, I was assigned George Akerlof's famous paper, "The Market for Lemons," which appeared in The Quarterly Journal of Economics in 1970, and was then regarded as a classic work.

Their work is often interesting and even thought-provoking. "Lemons" is eminently readable, unlike most of the stuff that appears in the "top" economics journals these days. Furthermore, it was a welcome break from the "perfect information" thesis that has dominated neoclassical economics since the days of Alfred Marshall.

The theme of the "imperfect information" economists is as such: market participants often do not enjoy the "perfect information" that is necessary to make markets function in the proper fashion, as indicated by the point of equilibrium demonstrated in the famous Marshallian Cross where supply and demand are equal. Given this "market failure," what do individuals do in order to make markets work?

Furthermore, potential markets are plagued with asymmetric information, in which the necessary information for the buyers and sellers to reach "equilibrium" is not evenly distributed between the different parties. Akerlof gives the example of used-car markets (hence, the "lemons" in the title of his paper).

A saying about purchasing used cars is that someone "is buying someone else's problems." What might seem like a great car on a lot might actually be a piece of junk once the new owner drives it around the block. The prospect of the used car actually turning out to be a lemon has a chilling effect on all used-car transactions, writes Akerlof, which ultimately can lead to a "breakdown" of that market altogether, as wary buyers decide that there is no way to ultimately tell whether the car is good or bad and sellers are unable to persuade them otherwise.

Akerlof's "solution," like that given by Stiglitz, is more government regulation of the market. Regulation, they argue, forces all parties to give up information. Furthermore, "lemon laws" that force sellers to refund buyers should the car not perform up to anticipated speed keep those markets from collapsing.

So-called imperfect-information economic analysis was intended to bring economics out of the unrealistic "perfect competition" models in which there was no "market failure" or inability of parties to gain all of the necessary information. Akerlof was hardly the first person to have explored this area, as Ludwig von Mises, F.A. Hayek,  Murray N. Rothbard, and Israel Kirzner of the Austrian School had written about it before Akerlof trundled his paper off to QJE.   (Israel Kirzner's 1976 article "Knowing about Knowledge: A Subjectivist View of the Role of Information" is, in my opinion, a far superior paper to "Lemons."  It appears in Kirzner's book Perception, Opportunity, and Profit: Studies in the Theory of Entrepreneurship.  Kirzner and the other Austrians realize that imperfect information is part of the market process, not a stumbling block to market behavior.)

Not only that, but the Austrian analysis was (and still is) far superior to anything written by the latest Nobel-winning trio because the Austrians have recognized the role of the entrepreneur in dealing with the realities of imperfect information.

According to Akerlof and others, market participants, facing the realities of imperfect information, have little or no incentive to gain more information for themselves. They are "stuck" in a disequilibrium trap with no way out unless Uncle Sam comes to the rescue. Yet, we know just from simple observation that Akerlof is wrong.

First, used-car markets have not been breaking down. Every town is full of used-car lots, and potential buyers who are not sure about the quality of the automobile they might purchase have a number of options they can pursue.

I once had a friend who was an automotive expert, and he would often accompany his friends when they were looking for used cars. Buddy had a number of things he would do to test the truthfulness of the seller, including rubbing a magnet along the car body to see if he could find if the body had been damaged and the seller had used a fiberglass substance to cover the dents.

Entrepreneurs have also created Web sites on the Internet that give potential buyers and sellers a way to "meet," thus expanding the potential markets for all who participate. In other words, people have devised ways to deal with the issues of imperfect information, which in itself is a scarce-and valuable-commodity. To say otherwise is to refuse to examine real-world transactions.

The belief that government regulation "solves" the "information problem" is off the mark. If anything, government creates information problems because many regulations forbid parties in exchanges from finding out or acting upon relevant facts. Several years ago, the city council of Washington, D.C., forbade health insurance firms from discriminating against potential health insurance claimants on the basis of pre-existing medical conditions. In fact, the firms could not even ask people questions that are relevant in health matters. Accordingly, the council members were "shocked and angry" when health insurance firms threatened not to write insurance policies for anyone living in the District.

Anti-discrimination laws forbid employers from finding the full histories of job applicants, nor can employers pass on pertinent information about bad employees to other firms. The current legal practice of widening the scope of liability against businesses, then making those new policies retroactive, increases the uncertainty companies face when producing things. For example, tobacco firms that have been making legal products suddenly have found themselves under the gun for past practices that passed legal muster at that time. We also see things like the eternal asbestos litigation as something that creates huge clouds of uncertainty in numerous other markets.

In other words, government does not make market transactions more certain, but actually makes things worse. There is no way that individuals can know everything about everything. I don't know if my car will break down when I drive to work today or if my house will burn down due to faulty wiring or being struck by lightning. Life is uncertain, no matter how it is lived. The idea that the political process, which is one of the most volatile things on the face of the earth, is the basis for certainty and stability simply ignores reality. A Nobel Prize cannot change that fact.