Learning About the State 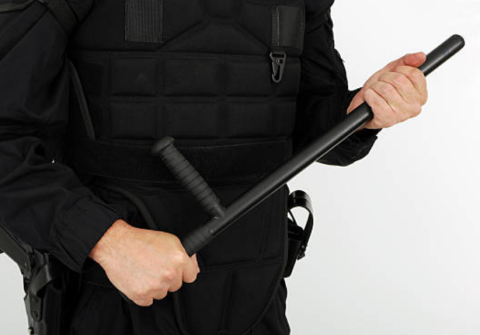 What we've seen in the last week is the state at work — and by the state, I do not mean a particular set of leaders. If we watch carefully, we can gain insight into what the state is and why our fundamental problem extends far above and below the political party system.

The moment is complicated by the upcoming election, so some people are distracted by the circus of McCain vs. Obama and all the characters associated with that silly little battle. What they are looking at is really the veneer. It is a covering designed to prevent you from seeing what the state is and why it matters.

The party system and the elections lead us to believe that we live under conditions that Martin Van Creveld calls the personal state. (I'm relying here on his important book The Rise and Decline of the State.) This is the ancient form of the state under which all the resources the state owns are the personal property of the king or ruler. The ruler is the state. If he dies, the state dies with him.

It is very much in the interest of democracy to perpetuate this idea that we are living in a personal state. This way all credit for the well-being of the nation falls to one person or persons. They are elected. If things go badly, people are encouraged to blame these elected officials and vote them out of office. New people are given a new chance to do better.

But the truth is that the personal state is long gone from history in the developed world. In the 17th century, we begin to see the emergence of the impersonal state. Under this approach, the ruler does not use his own resources. He is a manager. If he dies, nothing changes. The state itself takes on a permanent form. It is not elected. It is hired and lives on regardless of the changes at the top.

The United States has never hosted a personal state. The president was always to be the manager and overseer of a tiny state that ruled with the permission of the people and the lower orders of government: the people and government are one, and this would serve as a check on power. Of course this was a mistake, a reflection of the naïveté of the classical-liberal position.

In time, the United States took on all the features of an impersonal nation-state. It developed a permanent bureaucracy, especially after the tragic end of the "spoils system." It developed a money machine and monopolized and created its own currency. It began to host its own unelected military that was a "professional" fighting force and not a citizen militia. It became home to a million hangers-on who made the state their careers and their source of economic security.

Today, the state embodies all the worst features of the unaccountable, impersonal leviathan that had been the goal of every bad-guy political dreamer in world history. We can see this in operation during the financial meltdown. The people making the decisions and conducting policy were not elected by anyone. They report to no one. They are the Secretary of the Treasury and the head of the Fed, and each represents certain private-sector interests among the financial elite. They conduct their policies based on their private assessment of what is good for those they represent, and they do it in cooperation with the permanently entrenched bureaucracy and financial managers who rule the country.

Only after the plans were in place and announced did the impersonal state approach the personal part of the state for codification and confirmation, which the personal state was glad to grant with conditions. We can also see this at work in the political parties. McCain and Obama were quick to endorse the entire bailout [following the 2008 financial crisis] on the grounds that it is a national emergency, so, of course, they must set aside their partisan differences.

They always set aside their partisan differences! This is the way the impersonal state works. It is not the people we elect who are in charge. They are only the human face on the machine. If they don't know this before the election, they quickly discover it after the election. They find themselves on a conveyor belt of tasks and photo-ops and duties. These consume them completely. They are in awe of the operation of the state and feel immediately powerless to do anything about it.

The same goes for those whom the new president hires to run his cabinet departments. So far as the permanent bureaucracy is concerned, they don't even need to know the name of the new secretary, except to make up silly jingles and use his or her name in jokes. The new hires might start silly new programs or make perfunctory changes, but the permanent class that runs the department knows that it only needs — if it disagrees — to wait out their tenure until things get back to normal. They know that they are the gears of the engine and that the supposed driver is just the temporary front man.

In this sense, who wins or who doesn't win the election doesn't matter nearly as much as we are led to believe. It's true that Bush started a war when he didn't have to. Someone else might have done better. It is also true that Obama could fire up a range of new regulations and programs and that McCain could start ever more wars.

It is also true that even without a sitting president and without a Congress, the state would function pretty much as it does today. That's a frightening-but-true statement.

And yet there is no reason to despair. In some ways, impersonal states are just as vulnerable as personal ones, sometimes even more so, since they rule without ideological conviction. The state always and everywhere constitutes a tiny minority of the population, Murray Rothbard argues. It is outnumbered by the people many times over. For this reason, it must rely on a false consciousness to sustain its rule.

This is why Mises writes that

In the long run even the most despotic governments with all their brutality and cruelty are no match for ideas. Eventually the ideology that has won the support of the majority will prevail and cut the ground from under the tyrant's feet. Then the oppressed many will rise in rebellion and overthrow their masters.

Van Creveld himself says that the state can ultimately be done in by both ideological and technological forces that race past the state and its ossified ways. The impersonal state relies most strongly on a changeless setting in which to manage its affairs. We live in times of incredible change. And state crises like the Wall Street meltdown can open up cracks in the official climate of opinion.

There is another point we learn from these observations: working within the machinery of a political party is a futile path for serious change. Real change comes from working in the world of enterprise and ideas.