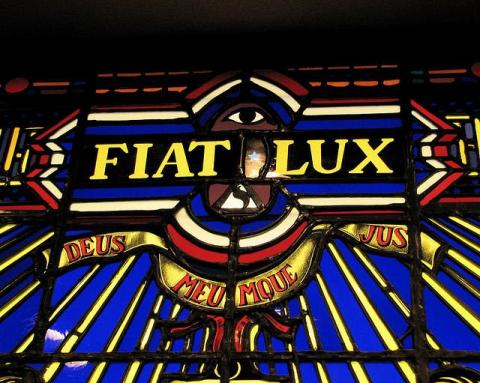 Language is a variety of action. Linguists have recognized this fact in its contemporary understanding since at least the 1960s, when J. L. Austin coined the terms “speech acts” and “performative utterances” to refer to the non-declarative functions of language.1 Various other scholars had also written on the performative nature of language as far back as the Greeks, and the power of speech as an act even features prominently in early Christian texts (e.g., the creative power of God’s speech as he shapes the world with merely an utterance, “Let there be light,” or the concept of the biblical Word). But in the years prior to Austin, philosophers of language, influenced by analytic philosophy and logical positivism, were mainly interested in what sentences mean, i.e., their semantic, declarative, or propositional content, and especially their truth values. Austin, however, pointed out that people do more than just communicate with language — they use it to do things as well. Speaking is often an act in itself, such as when we say “I promise” or “I hereby declare.” Today many linguists acknowledge that all language is performative. Even the innocuous declarative sentence “I went to the store” constitutes an act, i.e., the act of informing. Just like any other action, we speak and write in order to bring about effects on the world, or in the mental states of others. Language, therefore, is a species of action, and thus subject to the laws of praxeology.

Language is just one of the many under-explored areas in the broader field of what might be called “praxeology of culture.” Mike Reid, for example, has written a number of excellent articles in the Austrian tradition from an anthropological perspective, and Paul Cantor has successfully applied Austrian insights to both literary and cultural analysis. If praxeology is really to be taken as the science of human action, then these fields deserve their place as a new branch in the Rothbardian taxonomy of the fields of praxeology.2 Moreover, sociology, anthropology, and cultural studies are those fields most in need of the insights of praxeology and methodological individualism, since they have become notoriously collectivist in their ideologies. As Mike Reid once wrote to me,

In my experience, the hard-core collectivists have fled the field of economics, meaning that we can’t reach them there. They’ve backed themselves into anthropology, sociology, literature, linguistics, and the omnipresent grievance studies. Our work can reach out to the mountainous strongholds of error and hold up a candle of truth at the entrances to their caves. Come out! Come out! There’s truth and hope out here!

Yet as an area of praxeology language has garnered almost no recognition among Austrians. One notable exception comes from Ludwig von Mises, the father of praxeology himself. He concisely illustrates the performative nature of language in Human Action:

Action means the employment of means for the attainment of ends. As a rule one of the means employed is the acting man’s labor. But this is not always the case. Under special conditions a word is all that is needed. He who gives orders or interdictions may act without any expenditure of labor. To talk or not to talk, to smile or to remain serious, may be action.3

And although Mises also writes extensively on the relationship between language and nation, and the politics of language, in his book Nation, State, and Economy, these comments are perhaps more political commentary than praxeological insights per se.

Many prominent Austrian economists (Menger, Hayek, Mises, Rothbard) also point to language as an example of spontaneous order in society. Hayek’s comments are the best-known in this regard:

The basic tools of civilization — language, morals, law and money — are all the result of spontaneous growth and not of design.4

Being a type of spontaneous order, it is no surprise that language is subject to the same kinds of centrally-planned disruptions as economic systems, as noted by Rothbard:

The system of compulsory state education has been used as a terrible weapon in the hands of governments to impose certain languages and to destroy the languages of various national and linguistic groups within their borders. This was a particular problem in central and eastern Europe. The ruling State imposes its official language and culture on subject peoples with languages and cultures of their own, and the result has been incalculable bitterness. If the education were voluntary, such a problem would not have arisen.5

These themes constitute the only real contributions to the praxeology of language in the Austrian tradition, other than the frequent but ill-informed assertion that language is decaying and that this is a symptom of a decaying society (a well-known fallacy in linguistics). Yet significant insights can be had from even a cursory application of the lessons of praxeology.

Take the single most important principle of economics, for example — opportunity cost. Or, in the words of Bastiat, “that which is unseen.” As Mises puts it,

But acting man chooses, determines, and tries to reach an end. Of two things both of which he cannot have together he selects one and gives up the other. Action therefore always involves both taking and renunciation. ... Wherever the conditions for human interference are present, man acts no matter whether he interferes or refrains from interfering. ... Action is not only doing but no less omitting to do what possibly could be done.6

This is no less true for language. Isn’t that which is left unsaid just as important as that which is said? For every utterance one speaks, there are an infinite number of other utterances left unspoken. Often, the ones left unsaid are so salient that they actually contribute to our interpretation of the utterance. If one says, I have five dollars, this is because they opted not to say I have six dollars. Assuming that the goal of the utterance is to convey the amount of money the speaker possess, the listener can infer that the speaker has five and no more than five dollars, even though it is logically possible that the speaker has six or six thousand. The same goes for utterances such as, Well, I don’t not like him. No native speaker of English would deny that what is unsaid here is far more important than what is said.

Yet in other situations, such inferences are unjustified. If asked, Does anybody have five dollars for the tip?, and you reply, I have five dollars and hand over the money, nobody is justified assuming that your wallet is now empty (at least not on the basis of your utterance alone). What makes the inference justified in one case but not another? How do listeners navigate these inconsistencies? At other times, questions can be dodged entirely, and it gives nobody the slightest pause. Consider:

B isn’t even answering A’s original question, and yet B hardly comes across as uncooperative or hard to understand. Much of our everyday speech is like this — riddled with implications and things left unsaid. What makes it possible for listeners to pierce this linguistic fog is the simple fact that we interpret other people’s utterances as targeted actions on the part of conscious actors aiming at a certain communicative or social goals. Every utterance is interpreted through this lens. It is the implicit recognition on the part of every listener that we are all actors aiming at ends that makes communication possible at all.

In a way, this makes language a wonderful testament to the worth of the individual. For every time I listen to what you have to say and attempt to understand it, I acknowledge your status as an autonomous individual with aims of your own. We are all budding praxeologists thanks to language.

Danny Hieber is a linguist working to document and revitalize the world’s endangered languages. Learn more about his work at his website. Send him mail.