GET NEWS AND ARTICLES IN YOUR INBOXPrint
A
A
Home | Mises Library | Labor Standards or Liberty? 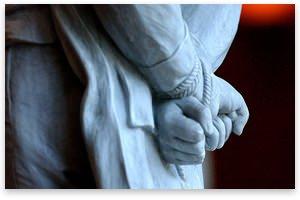 "If you want to help poor people, restricting their options and opportunities is not the answer."

Why are rich people rich while poor people are poor? Is it because governments fail to protect the poor with stringent standards on wages and workplace safety, or is it because of something else? In spite of the hue and cry of international organizations clamoring for more stringent labor standards, the real solution to global poverty is to increase economic freedom. Instead of limiting the choices available to the global poor, we should be looking to expand them.

International labor standards are going to make things worse, rather than better, for the world's poor. If you want to help poor people, restricting their options and opportunities is not the answer.

In the internationally competitive global labor market, people earn wages equal to the value of their marginal products. In other words, a unit of labor is worth what it can produce. The proximate cause of low wages is low productivity. The ultimate causes of low wages are institutional environments that stifle entrepreneurship and investment and in turn reduce productivity.

Sweatshop opponents criticize the use of child labor in developing countries and argue that these children should be in school rather than the labor market. At current income levels, this simply is not feasible for many people. In subsistence economies, many people do not have the luxury of diverting their attention away from manual agricultural labor and toward education. The best way to fix this is not to mandate more stringent labor standards but to encourage economic growth.

This helps us reframe the question of global poverty. Instead of looking for ways to make the labor market less efficient, which international standards would certainly do, we have to look for the specific institutional mechanisms by which opportunities are restricted. A growing body of evidence suggests that economic freedom is essential to growth.

As economists have pointed out time and again, however, Western working conditions are not the relevant benchmark when we are talking about the quality of working conditions in the developed world. The relevant comparison is the worker's next best opportunity, which is always worse. As economist David Henderson has argued, we do a worker no favors when we remove the best of a lot of very bad possible choices. 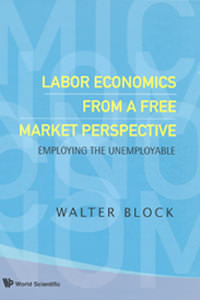 Opponents of sweatshops would make more headway by looking for ways to expand the options of sweatshop workers, especially by increasing mobility across national borders. Relaxing restrictions on international labor mobility would substantially increase standards of living for the poor.

Progressives are enthusiastic about microfinance programs, and while these are probably a step in the right direction they are unlikely to fully alleviate poverty. In a book available for free download, economist Lant Pritchett argues that the increase in earnings associated with a lifetime of access to microfinance programs is roughly equal to the increase in income associated with working in the United States for eight weeks. This suggests that the appropriate policy is not to strengthen labor standards but to open borders and allow people to cross them freely.

A version of this article appeared on the IEA Blog on August 25, 2009. It is based on the forthcoming article "Four Propositions about International Labor Standards," which will appear in the December 2009 issue of Economic Affairs.

Joshua Hall is assistant professor of economics at Beloit College. See his website.