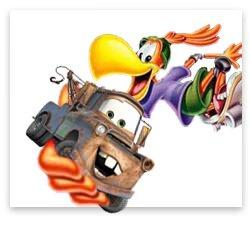 Here at Mises Daily, we often poke fun at left-liberal Democrats for their Keynesian ways. To prove that this is about ideas, not parties, today we'll focus on a recent blog post in which Republican economist Larry Kudlow came out in favor of extending the "cash-for-clunkers" program.

As we'll see, Kudlow's arguments are pure Keynesian nonsense. Sadly, many of today's ostensibly radical, "free-market" economists basically look at the economy in the same way as Paul Krugman. They just have a slight technical disagreement over the best way to prod people to spend money. Only the Austrian approach offers a different paradigm and allows us to see just what is wrong with the "aggregate demand" view of the economy.

Kudlow Taking a Cue From The Juice?

Right out of the gate, Kudlow's column is impressive in its internal contradictions and utter prevarication:

As a free-market capitalist who does not believe in artificial spending and pump-priming from Uncle Sam, I'm going to eat a little crow with the following statement: At this moment in history, if we're going to use fiscal stimulus as Washington insists, I favor extending the cash-for-clunkers car-rebate program.

The above quote is truly breathtaking. It's a bit like saying, "As a self-professed vegan, I'm going to get a lot of ribbing from my associates when I declare that, if we're going to pig out on meat the way American society tells us to, then I favor barbecued pork sandwiches at my next birthday party."

Not only is Kudlow's opening paragraph nonsensical, it also provides him with a blank check for the rest of the post. He is going to take it as a given that "we're" going to use fiscal stimulus. The last time I was this stunned by such a self-serving setup was when O.J. Simpson agreed to write a book titled If I Did It.

Now that we've recovered from the shock of Kudlow's announcement, let's at least give him a chance to explain:

In virtually no time, the clunker program has become a national pastime. It has captured the public's imagination in a way that no other federal stimulus has. Everyone is talking about it. And I truly believe that consumer spirits have been buoyed by the prospect of going out and buying a new car — even with federal assistance, and even under the duress of federal mileage standards.

Is anyone else a little concerned that Kudlow wants to spend $2 billion of our tax money in order to buoy consumer spirits? When you stop doing economics and instead wander into mass psychology, anything goes. In fact, throwing virgins into a volcano might boost GDP, depending on what the public believes. And if so, Kudlow would be giving suggestions on how to pick the unlucky girl.

At this point, the reader might be tempted to dismiss Kudlow with a reductio ad absurdum. Yet the author anticipates that move:

Now, I wouldn't want the government to pass out free money for everything. But in this particular case, the cash-for-clunkers rebate program is working. It's working so well that it's running way ahead of the computers that are administering it at the Transportation Department and Citibank.

Well, sure. That's government for you. But unlike most of the rest of the fiscal-stimulus plan, this program actually works because the federal cash rebate actually contributes to a consumer purchase. It's not just another welfare-type transfer program.

Again, it's difficult to know how to begin. What Kudlow writes is so patently ridiculous that piercing the shell of his errors is a formidable task.

For starters, what does it mean when Kudlow says that this program of passing out free money for cars is "working"? Does it mean, "People are taking the free money"? If so, does Kudlow think this wouldn't work if the money applied to DVDs, computers, and restaurant dinners?

Furthermore, in contrast to the very successful cash-for-clunkers program, what would "another welfare-type transfer program" do? Does Kudlow mean to suggest that welfare recipients are saving up their food stamps and WIC checks, rather than spending them on groceries?

It's true that most of the $787 billion "stimulus" package hasn't been spent yet, but that's not due to government incompetence. No, the politicians quite deliberately designed the program so that its maximum seduction of the voters kicks in shortly before the 2010 midterm elections. There's no point in buying votes too early; people have short memories.

Later on in the article, Kudlow again anticipates an obvious objection to his discussion:

Right about now you're probably saying, "Well, why not just spend another $100 billion and give consumers checks for everything?" Or, "Why not spend another trillion?" Well, I don't want to go there. Just this one cash-for-clunker program — that's all I want. Fund it again for a couple of billion dollars more.

Nice. I'll have to remember that line. The next time someone brings up a slippery-slope argument against me, I'll just declare, "I don't want to go there."

Yet it gets even worse. After endorsing Keynesian pump priming, Kudlow decides to become a protectionist too:

The biggest trade out there seems to be selling the Ford Explorer and buying the Ford Focus. Of the top-five-purchased higher-mileage cars that qualify, Toyota has three, the Corolla, Prius, and Camry. The Prius is made overseas, but the other two are manufactured mostly in the United States. The number-three trade, the Honda Civic, is made in Indiana, while the Dodge Caliber and Chevrolet Cobalt rank in the top ten.

Now in fairness, Kudlow doesn't explicitly say, "Really they ought to restrict the program to 'cash-for-clunkers-as-long-as-you-buy-domestic.'" But in the context of the rest of his post, it sure sounds as if he is lamenting the fact that only some of the clunky transactions will fuel US job creation, since some of the sales will regrettably leak to foreigners.

It surprised me when Paul Krugman — who won his Nobel Memorial award for work on trade theory — so quickly abandoned free trade because of the recession. I guess it shouldn't surprise me that Larry Kudlow has done the same.

The true defender of the free market needs to learn more than a quick lesson about incentives and tax cuts. He or she must really understand how the market economy works, including its complex capital structure. Only the Austrian School can explain how the central bank causes boom – bust cycles, and why "stimulus" deficit spending only makes things worse.

It's bad enough when a self-professed "progressive" spouts Keynesian nonsense. But when one of the most visible cheerleaders of capitalism does the same — and proudly — it's really disappointing.