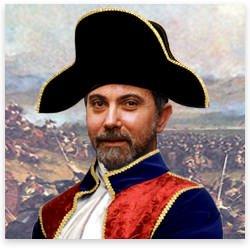 Last Monday evening, Lew Rockwell, from a tip by someone named "Travis," posted this damning quote of Paul Krugman's from a 2002 New York Times editorial:

To fight this recession the Fed needs…soaring household spending to offset moribund business investment. [So] Alan Greenspan needs to create a housing bubble to replace the Nasdaq bubble.

Krugman. 2002. Calling for a housing bubble.

What's more, by explicitly calling for a new bubble to replace the recently burst one, he anticipated by 6 years the Onion's hilarious "report" that "demand for a new investment bubble began months ago, when the subprime mortgage bubble burst and left the business world without a suitable source of pretend income." Except Krugman was being serious.

The quote caught on in the blogosphere, to such an extent that Krugman actually responded in his New York Times blog Wednesday morning:

Guys, read it again. It wasn't a piece of policy advocacy, it was just economic analysis. What I said was that the only way the Fed could get traction would be if it could inflate a housing bubble. And that's just what happened.

So with a deft little two-step, Krugman paints himself as a doctor who gave an excellent diagnostic, and not a disastrous prescription. One of his ditto-heads posted on his blog that saying Krugman advocated or caused the housing bubble was "Like saying Nostradamus caused the rise of European fascism."

At the same time, with his headline of "And I was on the grassy knoll, too" he paints his critics (especially the Austrians) as conspiracy theorists, akin to the Lone Gunmen (the Kennedy-assassination theorists from the X-Files TV show). Just like with the matter of Jekyll Island and the events leading up to the creation of the Fed, an obvious conclusion from a matter of public record is portrayed by establishment sophistry as unmoored crankiness. And once again, it works: another ditto-head dismissively remarked "no need to reason with those folks."

Even economist Arnold Kling bent over backwards to interpret the column in a benign light:

He was not cheerfully advocating a housing bubble, but instead he was glumly saying that the only way he could see to get out of the recession would be for such a bubble to occur.

Krugman thanked Kling for his "gracious, sensible explication". I can just imagine Kling running around his office in glee at having been nodded at by a celebrity Nobel Laureate, exclaiming, "He likes me! He likes me!"

Mark Thornton on the Mises blog followed up with a devastating collection of 2001 Krugman quotes clearly documenting his support for inducing a housing bubble. The most damning of this batch is the following from a 2001 interview with Lou Dobbs:

Meanwhile, economic policy should encourage other spending to offset the temporary slump in business investment. Low interest rates, which promote spending on housing and other durable goods, are the main answer. [emphasis added]

How the hell can anyone spin that as a purely academic musing, and not a policy recommendation for artificially inducing housing spending?

Ignoring the other quotes for a moment, and just judging from the 2002 column, did Krugman support pumping up a housing bubble or not? Given that, even in his recent blog defending himself, he explicitly stated his belief that "the only way the Fed could get traction would be if it could inflate a housing bubble," there are only two possibilities:

Anyone even somewhat familiar with Krugman's attitude toward Fed activism should know that proposition #1, that Krugman supported a do-nothing policy, is preposterous. So, especially after bringing back in the quotes gathered by Mark Thornton, the case for proposition #2 is overwhelming. 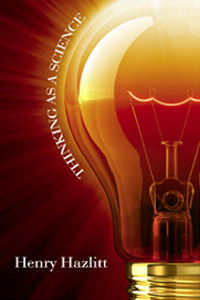 And what about his strawman protests that he didn't cause the housing bubble, much less the Enron scandal or Kennedy's assassination? The man is willfully missing the point. What is damning about these quotes is not that he necessarily caused anything. What is devastating about them is that they expose the intellectual bankruptcy of his economic principles. Those who look up to him like the second coming of Adam Smith should realize that the neo-Keynesian principles that lead him to advocate aggressive interest-rate cuts and mammoth public spending now, are the very same principles that led him to advocate inducing a housing bubble then. He would himself affirm that his economic principles haven't fundamentally changed since then. So the conclusions and policy prescriptions he infers from them are just as wildly wrong now as they were then.