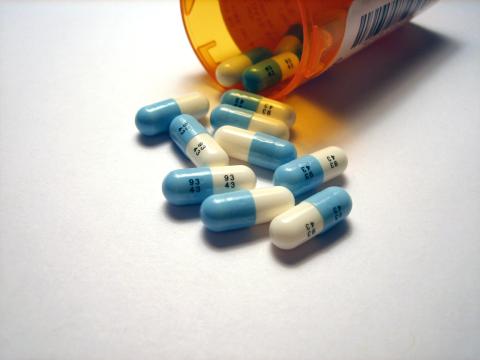 President Bush's prescription drug benefit deserves to be killed. Its estimated cost is now put at well over $700 billion for the next ten years, nearly double the original estimate given by the President when his program was enacted into law just fifteen months ago.

Angry Congressmen and Senators, who believe they were deceived into enacting it by an artificially low estimate of its cost (just $400 billion), are now busy seeking to contain its cost by, among other things, having the Federal Government negotiate prescription drug prices with the drugs' manufacturers. This is prohibited by the law in its present form, and the President has threatened to veto this or any other substantive change in the law.

Since the actual doling out of the law's "benefits" isn't scheduled to begin until January of 2006, there is still time to abort this highly destructive program, which constitutes the largest increase in the welfare-state functions of our government since the administration of Lyndon Johnson in the 1960s, which was responsible for the creation of Medicare and Medicaid.1

The outlandish cost of the program is one major reason for aborting it. And this includes the original estimate of $400 billion. The citizens of the United States do not need any new and additional government program that piles thousands of dollars of additional taxes on them.

The fact that Congressmen and Senators are now demanding government "negotiation" of prescription drug prices is another reason for aborting the program. Such "negotiated" prices are price controls. They are prices imposed by the government on sellers who have no choice but to accept them.

When the government is footing huge bills from a defined category of supplier, price controls are virtually inevitable. The government is going to want to limit its cost and so it will force down the prices it pays. That's what happened to physicians and hospitals under the original Medicare program and that's what must happen to the pharmaceutical industry. That it is being considered so soon simply reflects the fact that the high cost of the program has become apparent so soon.

As a minimum, price controls will deprive the pharmaceutical industry of a substantial part of the benefit of its patent protection. The premium profits afforded by that protection are the target of any government "negotiation" of prices.

Patent protection on new drugs, and on new products and methods of production in general, is not government interference but legal recognition of the rights of intellectual creation.2 It enables the creators of new products and methods of production to benefit from their creations, and so encourages those creations. The premium profits of the pharmaceutical industry on its successful new drugs offset its losses on its unsuccessful efforts and provide the incentive and means for the industry's continued development of new drugs. To the extent that it is deprived of those profits, the effect will be fewer new drugs. Thus, there is good reason for the law that enacted the prescription drug benefit prohibiting the government's "negotiating" prices with the pharmaceutical manufacturers. There is just no good reason for the existence of that law itself, in part, as we have seen, precisely because it makes the absence of such "negotiation" next to impossible.

The most fundamental and obvious reason that the prescription drug benefit needs to be aborted is that if there is ever to be any hope of reining in the size and intrusiveness of government in the United States, an essential first step is to stop adding new government programs. Just as the first injunction to a physician is “Do no harm,” the first injunction to anyone who values economic freedom must be, “Do not add new government programs.”

The prescription drug benefit makes an equal mockery of all of the President's words about economy and fiscal responsibility in government. It is simply ludicrous to add hundreds of billions to government spending and then be at pains to scrimp and save on millions here and there, as he now appears to be doing. Yes, he should be making the cuts he's now making, but first, and more importantly, he should cancel the hundreds of billions he added so soon before.

The prescription drug benefit is a monster that should be killed before it is hatched.