Keep Your Self-Righteous Fingers Off My Processed Food 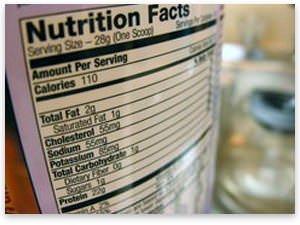 09/30/2009Charlotte Allen
Just in time for the worst economic downturn since the Depression, here comes a new crop of social critics to inform us that we're actually spending too little for the food we eat, the clothes we wear, the furniture we sit on, and the gasoline that runs our automobiles.

Never mind that US job losses these days range from 200,000 to 500,000 a month, that foreclosures are up 32 percent over this time last year, and that people are relearning how to clip newspaper coupons and save at the supermarket. Dire economic circumstances don't seem to faze these spending enthusiasts, who scold us for shopping at supermarkets instead of at farmers' markets, where a loaf of "artisanal" (and also "sustainable") rye bread sells for $8, a cup of ice cream for $6, and a pound of organic tomatoes goes for $4.

The latest cheerleader for higher prices is Ellen Ruppel Shell, a professor of science journalism at Boston University who has just published a book titled Cheap. It's not a guide to bargain-hunting. The theme of Shell's book, subtitled The High Cost of Discount Culture, is "America's dangerous liaison with Cheap."

Shell's argument goes like this: shopping at discount stores, factory outlets, and, of course, Wal-Mart (no work of social criticism is complete without a drive-by shooting aimed at that chain) exploits Chinese factory workers (who would much rather be back on the collective farm, wearing their Mao suits) and degrades the environment because much of the low-price junk wears out and ends up in landfills.

Even IKEA comes in for a drubbing in Shell's book. Yes, the Swedish chain's inexpensive, assemble-yourself furniture may look tasteful, but behind every Billy bookcase lies a gruesome tale (in Shell's view) of Siberian forests ravaged for all that pine veneer, and gallons of fossil fuel burned by couples motoring to IKEA's remote store locations, strategically chosen for their rock-bottom land values. Most damaging of all, says Shell, is the cost to America's soul.

"The economics of Cheap cramps innovation, contributes to the decline of once flourishing industries, and threatens our proud heritage of craftsmanship," she writes. In her view, we should all save up for "responsibly made quality goods," preferably from shops attainable by "public transit."

Maybe it's because I've got IKEA furniture in every room in my house (although my husband did finally lay down his Allen wrench and declare a permanent strike against "assemble-yourself," forcing us to move up the socio-furniture-nomic scale to Crate & Barrel), but I ask, what's wrong with low prices? If you don't care for the quality, well, as my mother always says, you get what you pay for.

In an online debate with the Atlantic's economics writer, Megan McArdle, Shell observes with disapproval that, when prices are adjusted for inflation, Americans today spend "40% less on clothes, 20% less on food, more than 50% less on appliances, about 25% less on owning and maintaining a car" than they did during the early 1970s. Over that same period, Census Bureau tables show, US median household income rose by at least 18% in constant dollars — despite the much-lamented (by Shell and others) decampment of "once-flourishing" manufacturing jobs to China and elsewhere. That's why even America's poorest people nowadays can afford automobiles, cell phones, and TVs.

Yet a significant number of social critics wish they couldn't. Robert Pollin, an economics professor at the University of Massachusetts-Amherst — cited approvingly by Shell — has argued for higher clothing prices and steep taxes on fossil fuels in the name of various social and green causes, even though, as he conceded in a January article in the Nation, the latter measure would "impose higher energy prices on businesses and individuals."

"Even America's poorest people nowadays can afford automobiles, cell phones, and TVs. Yet a significant number of social critics wish they couldn't."

The most zealous of the spend-more crowd, however, are the food intellectuals who salivated, as it were, at a steep rise in the cost of groceries earlier this year, including such basics as milk and eggs. Some people might worry about the effect on recession-hit families of a 17% increase in the price of milk. Not Alice Waters, the food-activist owner of Berkeley's Chez Panisse restaurant, who shudders at the thought of sampling so much as a strawberry that hasn't been nourished by organic compost and picked that morning at a nearby farm — and she thinks everyone else in America should shudder too. "Make a sacrifice on the cell phone or the third pair of Nike shoes," Waters airily informed the New York Times in April.

Echoing Waters was her fellow Berkeley food guru, Michael Pollan, professor of science journalism (a hot field for social critics, obviously) at UC Berkeley. Pollan (no relation to Robert Pollin) is the author of the best-selling Omnivore's Dilemma and coiner of the mantra "Eat food, not too much, mostly plants" that is on the lips of every foodie from Bainbridge Island to Martha's Vineyard. Pollan, too, rejoices at the idea of skyrocketing prices for groceries, hoping they might "level the playing field for sustainable food that doesn't rely on fossil fuels."

Pollan also hopes that rising prices might constitute another weapon in his ongoing war against his agribusiness villain of choice: corn. Corn is a plant, of course, and thus should theoretically rank high on Pollan's list of permissible edibles. But it is also the basis of such dubious items as snack chips, Coca-Cola (made with high-fructose corn syrup, the godfather of obesity) and suspiciously plentiful beef (corn-fed).

Pollan is a "locavore," one of those people who believe that in order to be truly ethical, you should eat only foods grown or killed within your line of sight (for me, that would be my neighbor's cat). He once described a meal he made consisting of a wild boar shot by him in the hills near his Bay Area home and laboriously turned into pate, plus bread leavened by yeast spores foraged from his backyard.

Lately, Pollan has set his sights on Häagen-Dazs ice cream, not because it contains corn syrup (it doesn't) but because it's a commercially made product, and if there's one thing Pollan hates, it's commerce. His latest pronunciamento is "Don't buy any food you've ever seen advertised."

Demanding that other people impoverish themselves in the name of your pet cause — fostering craftsmanship, feeling "connected" to the land, "living more lightly on the planet," or whatever — goes way beyond Marie Antoinette saying "let them eat cake." It's more like Marie Antoinette dressing up in her shepherdess costume and holding court in a fake-rustic cottage at the Petit Trianon.

Those who think that there is something wrong with owning more than two pairs of sneakers or that exquisite fastidiousness about what you put into your mouth equals virtue need to be teleported back to, say, the Depression itself. Then, privation was in earnest and few people had telephones, much less cell phones.

Read some 1930s memoirs: Back then, people who couldn't afford "quality" furniture slept on mattresses on the floor and hammered together makeshift tables out of orange crates. They went barefoot during the summer and sewed their children's clothes out of (nonorganic) flour sacks. That was what "cheap" meant then — not today's plethora of affordable goods, which the social critics would like to take away from us.

Meanwhile, Professor Pollan, eat all the "plants" you like — but don't try to pry me from my Häagen-Dazs dark-chocolate ice cream. I bought it at Safeway, and it's sitting on my IKEA kitchen table.

A previous version of this article appeared in the Los Angeles Times.

Charlotte Allen is the author of The Human Christ: The Search for the Historical Jesus and a contributing editor to the Minding the Campus website of the Manhattan Institute. She writes regularly for the Weekly Standard and is a frequent contributor of opinion pieces to the Los Angeles Times, the Wall Street Journal, and the Washington Post.