GET NEWS AND ARTICLES IN YOUR INBOXPrint
A
A
Home | Mises Library | Joseph A. Schumpeter: Maverick and Enigma

Joseph A. Schumpeter: Maverick and Enigma 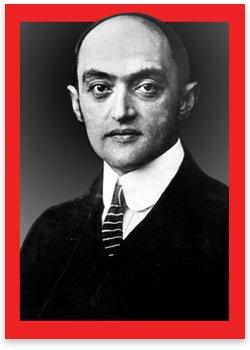 Joseph Schumpeter's ancestors, Moravian cloth manufacturers from Triesch (today Třešť, Czech Republic), were of German origin, Catholic, and very popular on account of their charity toward others.[1] Joseph Alois was born in 1883. After the early death of his father, his mother moved to Graz, where in 1893 she married Lieutenant Field Marshal Sigismund von Kéler, 32 years her senior, and moved to Vienna. Kéler's excellent connections enabled "Joschi" to attend the Theresianum, a high school primarily reserved for the aristocracy. This played a significant part in shaping his character. A lifelong friend and fellow student would describe Schumpeter later in this way: He "never seemed to take anything in life seriously. He had been educated in Theresianum, where the pupils were taught to stick to the issue.… One should know the rules of all parties and ideologies, but not belong to any party or believe in any one opinion." (Swedberg 1991, p. 12).

After graduating with honors, Schumpeter began studying law. He shifted his focus to economics, however, under the influence of Menger's pupils: Friedrich von Wieser, Eugen von Böhm-Bawerk, and Eugen von Philippovich. A colleague remembers that, in seminars, he "attracted general attention through his cool, scientific detachment" and had a "playful manner, in which he took part in the discussion" (ibid., p. 15). He went to the London School of Economics and also to the universities of Oxford and Cambridge after graduating. He complemented his "Austrian" education with an English one, which in those days was still rare (cf. Seifert 1993, pp. 6–7). At 24, this "fashionable young man," to whom the doors of English society stood open, married the apparently breathtakingly beautiful Gladys R. Seaver, daughter of a high-ranking dignitary of the Anglican Church. But the marriage proved to be a mistake. The couple pursued separate lives after only a few months (Swedberg 1991, p. 15).

Schumpeter's employment with an Italian attorney took him to Egypt in 1907. He drafted his first monograph in the evenings after work: Das Wesen und der Hauptinhalt der theoretischen Nationalökonomie (1908) (The Nature and Essence of Theoretical Economics, 2010 [1908]). For this balanced account of the Methodenstreit and a forthright plea for methodological individualism he received his Habilitation in the same year. In 1909 he took on a nontenured professorship in Czernowitz in present-day Ukraine. In 1911, at the age of 28, he was appointed as professor to the chair of "political economy" at the University of Graz — the youngest professor in all of the empire. He published his Theorie der wirtschaftlichen Entwicklung (1912) (The Theory of Economic Development, 1912/1934/1961) toward the end of the same year (its publication date was erroneously given as 1912). This work quickly found international recognition and would later become a classic. Before the outbreak of World War I and at Max Weber's (1844–1919) suggestion, he described in Epochen der Dogmen- und Methodengeschichte (1914) (Economic Doctrine and Method: An Historical Sketch, 1914/1954), the economic phenomena with help of related social sciences. Schumpeter accepted a guest professorship at Columbia University in New York and delivered seventeen lectures at other American universities during this same period (cf. Seifert 1993, p. 9). Returning from America, he was immediately elected dean of the law faculty in Graz.

Schumpeter thought of himself as a scientist first and foremost. He emphasized over and over that he wished to refrain from making any political judgments, and on economic policy measures, wanted to offer his help, if at all, only where theoretical decision making was concerned. He nevertheless assumed political posts and functions. Because he feared an economic takeover from Germany during World War I, he tried, with several memoranda, to prevent a planned customs union with the German Reich (cf. Swedberg 1991, pp. 48–54). He joined the German Sozialisierungskommission ("Socialization Commission") immediately after the war, solicited by friends with Marxist leanings. To everyone's astonishment, Schumpeter advocated the complete and immediate nationalization of the coal mining industry, whereupon the Viennese author, cultural critic, and journalist Karl Kraus (1874–1936) derided him as an "exchange professor [as opposed to exchange student] in [terms of] convictions" and added, with biting irony, that Schumpeter had "more, different views than were necessary for his advancement" (ibid., p. 60).

In 1919 Schumpeter was even appointed as finance minister under the socialist regime. But after seven months he had to resign: his budget had been completely rejected and he was accused of having thwarted a nationalization program and thus of counteracting government policy (cf. März 1986b, p. 189). When it came to the economic independence of the young republic, Schumpeter spoke up with optimism at every opportunity. In contrast to this, Otto Bauer, state secretary for foreign affairs, pursued the goal of unification with Germany and argued its case on the basis of economic necessity. At the peace negotiations in Saint-Germain, Chancellor Karl Renner emphasized as well the economic nonviability of the radically shrunken Austria (cf. McCraw 2007, pp. 100–101; Schäfer 2008, p. 254). With Schumpeter allowing himself a noble riding horse — paid for out of his politician's salary while the Viennese were going hungry — and appearing in public accompanied by prostitutes, his political reputation was soon effectively destroyed. Many months later he was appointed president of the Viennese Biedermann-Bank. The bank went bust within three years. He was dismissed in disgrace and with a mountain of debt. Schumpeter had reached the low point of his life: "Without capital, with a miserable reputation as a business man and without political renown." (Schäfer 2008, p. 101).

In 1925 Bonn made Schumpeter an offer he accepted immediately. His tenured professorship in political economy was a sensation from the start. "For the first time [in decades], theory was being taught at a German university" (ibid., p. 103). Bonn became the meeting place for economists from all over the world. Moreover, his lectures in the areas of finance, monetary theory, history of economic theory, and sociology were judged as flamboyant and unconventional, as one former student remembers: "He was very relaxed as he began his lectures, always without notes.… He had a clear and agreeably Viennese way of talking that was slightly playful, but nevertheless very measured and emphatic; he did not skimp on his gestures when he spoke: from all sides of the lectern — usually leaning on it slightly — with one hand in his coat pocket; he had calm, steady hands, his handwriting was generous, the characters interesting" (ibid., p. 105). Schumpeter later considered the essays he wrote during this time, for example Die sozialen Klassen im ethnisch homogenen Milieu (1927) (The Social Classes in an Ethnically Homogenous Environment, 1927/1951), to be his most important work.

Schumpeter also suffered staggering blows of fate in Bonn. In 1926 his mother, Johanna, passed away. His newborn son died a month later, as did Annie, his second wife and the infant's mother, who had been stricken with puerperal fever. The daughter of the janitor of his parents' tenements, Annie had fallen deeply in love with her "Schumi" at just 17. They moved into a grand villa in Bonn after their wedding in 1925 and threw many lavish parties. Schumpeter was devastated by the loss. Everyone who knew him noticed a radical change in his personality. For years he left Annie's clothes untouched, made daily trips to the cemetery, and developed an out-and-out religious cult around her death.

In 1932 Schumpeter quit teaching in Germany and went to Harvard University in Cambridge, Massachusetts. As he had in Bonn, he was able to gather around himself an illustrious circle of enthusiastic students and young researchers, for example the future Nobel Prize winners, Paul A. Samuelson (1915–2009), Wassily Leontief (1905–1999), and James Tobin (1918–2002); the Austrians Gottfried Haberler and Fritz Machlup; and also socialists like Oskar Lange (1904–1965), Paul Sweezy (1910–2004), and Richard M. Goodwin (1913–1996) (cf. Seifert 1993, p. 11). He made a crucial contribution to the "golden age of economics." His works on entrepreneur theory as well as capitalism made him the most recognized economist in the United States. In 1947 he became the first foreigner to be elected president of the renowned American Economic Association; one year later he even took over the chair of the International Economic Association, which at the time had a membership of 5,300 worldwide (cf. McCraw 2007, pp. 409–410, 421). Among all of the ambitious plans he had made after his arrival in the United States, Schumpeter was in the end able to bring three large works to realization: Business Cycles (1939), Capitalism, Socialism, and Democracy (1942), and History of Economic Analysis (1954). The latter remained unfinished and was published posthumously by economist Elisabeth Boody, his third wife.

The story goes that Schumpeter once said he had three goals in life: to be the world's greatest economist, Austria's greatest horseman, and Vienna's greatest lover (cf. Swedberg 1991, p. 76). It became increasingly clear to him in the 1930s that these goals were probably out of his reach, at least when it came to economics. With A Treatise on Money (1930), Briton John Maynard Keynes plunged the ambitious and egotistical Schumpeter, his exact contemporary, into a deep creative crisis. Schumpeter had just written a manuscript on monetary theory and was getting it ready for printing (cf. Swedberg 1991, p. 111). Schumpeter could hardly bear the excitement of his students as they looked forward to the latest works by Keynes. Although Schumpeter was always able to fascinate colleagues, students, and audiences with his polyglot education, his skillful storytelling, and his tremendous intellectual flexibility, he never managed to build up a following of students for very long. Self-critical, he blamed his lack of "leadership" and "conviction" and noted in his diary: "I … have no garment that I could not remove. Relativism runs in my blood. That is one of the reasons I can't win, not in the long run" (cf. Schäfer 2008, pp. 107, 195).

In terms of politics, Schumpeter revealed his most disagreeable side during World War II. Time and again he ranted against Slavs and Jews and sympathized with Adolf Hitler. At the same time, however, he lent his help to many of the refugees arriving in the United States. After 1945 he spoke of a "Jewish victory" and questioned the Nuremberg war tribunal (cf. Piper 1996, p. 101). Schumpeter, restless and driven, always seeking stability, and often beset with despair, depression, and premonitions of death, wrote several times in his diary that he considered his life to be a failure and that he wished nothing more for himself than a gentle death (cf. Schäfer 2008, pp. 186, 195, 218). When American president Franklin Roosevelt (1882–1945) died suddenly of a brain hemorrhage, Schumpeter, who had been unhappy all of his life, remarked in an obituary: "Lucky man: to die in fullness of power" (cf. McCraw 2007, p. 488). Schumpeter himself passed away in his sleep of a brain hemorrhage at Windy Hill, his summer house, in Taconic, Connecticut, in 1950.

This article is excerpted from The Austrian School of Economics (2011), chapter 12: "Joseph A. Schumpeter: Maverick and Enigma."

You can subscribe to future articles by [AuthorName2] via this [RSSfeed2].