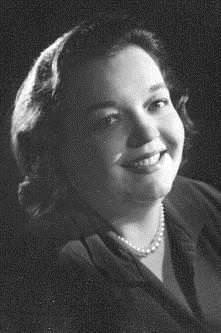 The Mises Institute mourns the passing of JoAnn Rothbard, Murray Rothbard’s wife and collaborator of 42 years, who died at 12:45am, October 29, 1999.

Her husband’s editor and closest adviser, she was his partner in all aspects of scholarship and life. Indeed, Murray described her as "the indispensable framework." In addition to her scholarly turn of mind, she was a famous hostess of the Rothbard salon in the 1960s and 1970s, an expert in opera history and performance, and a great personal friend to the leading intellectual figures on the libertarian right for many years.

After Murray’s death in 1995, she worked for the flourishing of the Rothbardian tradition, giving several speeches at Mises Institute conferences. For two years, she taught a course on Abraham Lincoln at the Mises University. In January 1999, on the fourth anniversary of Murray's death, she suffered a massive stroke and had since been hospitalized in Virginia. She died of cancer and the after-effects of the stroke, and will be buried next to Murray in Southern Virginia.

A memorial service for JoAnn will be held at the Madison Avenue Presbyterian Church, 921 Madison Avenue, New York City, at 2:00pm, Saturday, February 26, 2000, with a reception immediately following downstairs in the parish hall.

The following was delivered March 1, 1986, at the Mises Institute’s celebration in honor of Murray Rothbard’s sixtieth birthday.

MY VIEW OF MURRAY ROTHBARD

When Murray was in school, he always went out for the class play, because, as anyone who is acquainted with him knows, he is a great ham. One year he discovered that the two male leads were the Handsome Young Prince and the Fat Old King. He also found out that he was expected to play the part of the Fat Old King. Now, this annoyed him, and he began a campaign to get the part of the Handsome Young Prince.

And so life bumbled along for a boy, whose parents thought they were giving him a Scottish moniker when they named him Murray. But now he has made sixty, and he may have had to kiss his own thumb that time, but he has always been the handsome young prince to me.

He has always been enormously enthusiastic about his interest–jazz of the 20s and 30s, German baroque churches, and liberty.

But long before I knew about the jazz, or liberty, and before even he knew about German baroque churches, I was attracted by his intelligence, and especially his sense of humor. He was and is always ready to laugh. Thirty-five years ago, we were chastised for laughing in the Columbia University library. And recently, I found him in a dark movie theater, by following his familiar laughter.

His enthusiasms lead him all over the map–from the Marx brothers to the pietists versus the liturgicals, and, of course, the Ludwig von Mises Institute. One never knows where his interest will land next. Recently, I woke up in the middle of the night and Murray was delighted to have someone to tell his newest discovery to. "That bastard Eli Whitney didn't invent the cotton gin after all."

So, I hope he’ll have plenty more time to indulge in laughter and enthusiasm, and that, at sixty, he’s only at the mid-point of his life, or as his grandmother would have said, "bis ein hundert und zwanzig."