Japan’s Easy-Money Experiment and the Future 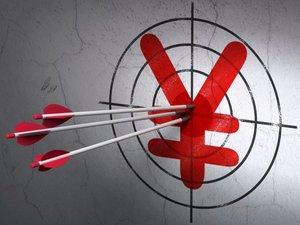 The International Monetary Fund (IMF), once the conductor of a global dollar exchange standard based partially on gold convertibility, has mutated into the official platform for the 2 percent inflation standard launched surreptitiously by the Greenspan Fed in July 1996. The Federal Open Market Committee (FOMC) then approved a position paper by Professor Yellen that price stability should mean 2 percent inflation forever. Europe joined the standard in 1998, and Japan became the newest member in January 2013.

The IMF warns in its just published “Article IV Assessment,” that the Bank of Japan must stand ready to implement even more radical monetary steps including enhanced Quantitative Easing and cutting short-term rates below 0.1 percent (IMF-speak for negative rates) as it is likely to “take longer than envisaged” to reach its 2 percent inflation target. Will Tokyo repudiate such advice and instead decide that the last-in member of the 2 percent inflation standard should also be the first out? For Japan’s sake, one would hope that this would occur before a financial earthquake occurs in the late dangerous phase of global asset price inflation originating in the present Federal Reserve’s Great Monetary Experiment.

This decision would require Japanese Prime Minister Shinzo Abe to retreat from a position key to his political victory in December 2012 and which has been central to his government’s economic policy ever since. While still the opposition leader with the Liberal Democratic Party (LDP), Abe had galvanized popular support in the context of a widely perceived incompetence and bungling by the Democratic Party of Japan (DPJ) government to the national emergencies related to the Fukushima nuclear disaster.

Abe declared war on deflation and the “deflation mind set” even though Japan was not in deflation according to any reputable monetary concept. In fact, changes in economic performance were more likely due to Japan’s shrinking number of working-age persons which had seriously outpaced the US during the previous decade (a point underscored in the latest quarterly report from the Bank for International Settlements).

Nevertheless, Abe’s anti-deflation campaign played directly into the widespread economic fears rampant amidst the dislocation of a financial quake and the concurrent currency war offensive by the Obama-Bernanke Fed.

The DPJ had been the fulcrum of hard money principle in Japan, with advisers such as Eisuke Sakakibara who rejected “inflationism and devaluation,” but by 2012 the party was in no position to launch an effective defense of a hard yen policy. The then professorial head of the Bank of Japan Masaaki Shirakawa, who had largely (not totally) resisted the tide of modern monetary populism, became an easy target of ridicule.

Will Japan Quit the 2 Percent Experiment?

If Japan is to change its monetary path it would have to be due to Prime Minister Abe demonstrating great statesmanship. He would need to speak to his fellow citizens about the looming danger of the financial quake as the global asset price inflation created by the Federal Reserve approaches its impossible-to-time end phase. He would need to persuade them that Japan should restore a hard currency as the accompaniment of profound economic liberalization. The post-financial earthquake emergency and US currency offensive which had once justified his unorthodox monetary policy would now be over. He would appoint a new central bank chief consummate at communicating these ideas as well as being rock solid on principle.

By all accounts, though, PM Abe takes pride in the booming stock market. The loyal members of Bank of Japan chief Haruhiko Kuroda’s team stress how attacking deflation psychology has buoyed the appetite for risk assets, fundamental to Japan’s promised renaissance. They point in addition to the government’s direct measures to stimulate risk-bearing, for example, getting the public sector pension funds to add to their holdings of domestic and foreign equities.

How Hard(er) Money Would Have Helped the Japanese

The problem here is that these policies are stimulating Japanese capital to flow into high-risk assets globally just at a time when these are already seriously inflated by Federal Reserve policy and when the yen is historically cheap in real terms. Japanese investors may yet rue the day PM Abe drove them into such irrational behavior. Surely they would have done better if Japan had stuck to monetary orthodoxy, long-term interest rates had been free of manipulation, and the yen had gained great international custom as the hard currency of the global system, parallel to the hard Deutschemark of the 1970s.

Yes investors would have made some foreign asset acquisitions — but at 80–90 to the dollar these would have had been better value than at 120–130. Japanese investors would not have been incentivized to pursue fleeting and hard-to-catch profit in the carry trade (risky arbitrage into high-yield credits, high-interest rate currencies, and long-maturity government bonds). And the yen would not become subject to whiplash in the form of sudden appreciation from the collapse of that trade as the quake spread terror.

In a long-run scenario with harder money, Japanese investors would have amassed gradually over the long-run foreign assets which in aggregate were financed by inflows into the yen prized for its hard money characteristics. They would have bought, though, a much bigger amount after the asset price inflation disease had finished rather than in its present phase of high speculative temperature. And meanwhile, substantially positive interest rates in Japan would have acted as a discipline on the Japanese government which is now totally lacking.

Many suspect that the ultimate objective of the “political establishment,” however, is to cure the public finances via a huge dose of inflation. Once most of the government debt has been converted into bonds at puny long-term rates or into floating rate bills, then monetary depreciation can do its job of confiscatory taxation. The timing of that break-out into high inflation is inherently uncertain — it depends on the neutral rate rising well above market rates driven there by a range of possible circumstances (e.g., wider budget deficits, increased investment opportunity, and fears of accelerated depreciation). It could far postdate the next global financial quake.

Naturally, Japan could not have avoided all danger of economic disaster even if it had been pursuing a hard money path in defiance of the IMF and global central bankers club. But vigorous progress on liberalizing Japan’s financial system, internationalizing a hard yen, and effecting big reductions in government spending would have put Japan in better stead. And it is even plausible that by this stage the Japanese economy would have been more dynamic as individual decision makers, whether business or household, benefited from less exposure to asset price deflation shock and subsequent monetary chaos. Business spending and entrepreneurship could have been in full bloom. Instead, the Abe-Kuroda monetary experiment has taken the Japanese economy into an Indian summer from the viewpoint of investors in Tokyo stocks. Many business decision makers though have no illusion about the likely winter ahead. The failure of the Obama-Bernanke-Yellen Great Monetary Experiment culminating in a global financial earthquake would necessarily mean the failure of the Abe-Kuroda monetary experiment. This makes them understandably cautious. What comes next though may be very different in Japan than in the US.

It is a mainstream scenario that the political pendulum in the US could swing against future experimentation and toward monetary orthodoxy. In Japan, by contrast, the pendulum under presently visible political circumstances would more likely swing toward intensified monetary experimentation.

Brendan Brown is a founding partner of Macro Hedge Advisors (www.macrohedgeadvisors.com) and senior fellow at Hudson Institute. As an international monetary and financial economist, consultant, and author, his roles have included Head of Economic Research at Mitsubishi UFJ Financial Group. He is also an Associated Scholar of the Mises Institute. His latest book is The Case Against 2 Per Cent Inflation (Palgrave, 2018) and he is publisher of “Monetary
Scenarios,” Euro Crash: How Asset Price Inflation Destroys the Wealth of Nations and The Global Curse of the Federal Reserve: Manifesto for a Second Monetarist Revolution.