GET NEWS AND ARTICLES IN YOUR INBOXPrint
A
A
Home | Mises Library | It's Not Personal; It's Institutional

It's Not Personal; It's Institutional 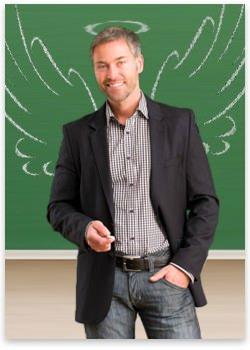 "My husband is a good man!"

The indignation came from an email acquaintance to whom I had explained one reason I reject the public-school system — namely, rather than educate children, it indoctrinates them and teaches unthinking obedience. As it happened, her husband was a grade-school teacher.

My position is not personal. The analysis of the role an individual plays when he enlists in the state apparatus is not tantamount to a condemnation of his motives or character. It would be far easier if it were. I would deeply appreciate it if all agents of the state twirled their mustaches, wore black hats, and laughed like the Wicked Witch of the West. They would be easier to spot and pleasant to dislike. As it is, I understand that good people with fine intentions become schoolteachers and policemen. That doesn't change the role they play by accepting those positions.

Institutional analysis examines the dynamics by which the institutions of society express its laws, customs, and culture. What is the purpose of an institution, the rules by which it functions, its actual impact? And, for that matter, what constitutes an institution?

The Random House dictionary defines an "institution" as "a well-established and structured pattern of behavior or of relationships that is accepted as a fundamental part of a culture, such as marriage." An institution is any stable and widely accepted mechanism within a culture for achieving social, economic or political goals. The word applies to such wide-ranging concepts as "the family," "the free market," "common law," "religion," and "the state."

The unique structure and procedures of a specific institution will determine the results it produces. As long as the procedures are followed, the motives of those participating in the institution are irrelevant. A man may work in a candy factory with the announced intention of producing cans of tuna, but — as long as he follows the workplace rules — he will produce candy. Likewise, a police officer may truly wish to promote the Rothbardian view of justice, but — as long as he enforces the laws of the state — he will promote its antithesis. It is the institution and not the character of its servants that defines the overall results. Only by breaking the rules can "good men" produce incidentally good results.

The irrelevance of intentions can be a salutary factor. For example, as long as everyone respects the rules of the free market, it will function as a mechanism of freedom and prosperity even if some of the participants are vile human beings. You can buy goods from a man whom you would never allow into your home, and he can dislike you personally as money changes hands.

In general, institutions can be broken into two kinds. The first division is between spontaneous and designed institutions. An example of a spontaneous institution is the family. At least in Western culture, no one predetermines who will marry and produce children; those decisions are left entirely to the individuals involved.

An example of a designed institution is the public-school system, which is entirely defined by rules that a centralized authority imposes from on high upon the individuals who participate. Designed institutions can be further subdivided into two kinds, because not all of them are coercive. For example, in order to produce a specific product, like a Toyota car, a business must establish rigid rules and impose them upon workers. And yet the business remains entirely voluntary. This is the second general distinction between institutions: is a designed one voluntary or coerced?

All spontaneous institutions and uncoerced designed ones are libertarian in their functioning. Again, the intentions of those involved are irrelevant to this conclusion. An institution may be repugnant in its purpose — it may promote religious intolerance or racial bigotry — but as long as it never employs coercion, then its means of functioning is libertarian.

Equally, all designed institutions that rest upon coercion are antithetical to libertarianism. Again, a man may join a vicious state apparatus, such as the public-school system, with the conscious intention of doing "good." The Austrian economist F.A. Hayek popularized the notion of unintended consequences, observing that conscious acts or intentions often produce unforeseen results. This explains why good men who act through bad institutions will produce bad results. Good men acting through the state will strengthen its legitimacy and its institutional framework.

Perhaps most importantly, a good man's participation in coercion weakens the competing alternatives: namely, the institutions that could fulfill individual needs without coercion.

I am steeped in the history of 19th-century individualist anarchism in America. Historians often miss an important aspect of that movement. Radicals on all sides were calling for new systems of government and specific social organizations. For example, mankind was said to need the anarchosyndicalist vision of industrial relations: we needed a brave new world. Meanwhile, the individualists had a remarkable insight. They claimed that the institution necessary to secure justice was one already present: the free market.

The individualist anarchists argued that you don't need an entirely new blueprint. What you need is to get rid of the state and to allow the free market (which already exists) to function. And the mechanism through which it would function was "the contract" — the embodiment of an individual's agreement. Indeed, they believed so strongly in the power of contract that the ideal society was called a "society by contract."

The free market could satisfy not only economic goals but social ones, such as justice. For example, they provided an excellent discussion of the various means through which a private-court system could arbitrate and adjudicate conflicts.

Thus, the solution to injustice and tyranny was not the Herculean task of creating some new institution under the sun. The solution was to clear away the obstacles to the institutions of freedom that already existed; overwhelmingly, this meant clearing away the state. In this task, "good" men who lent their respectability to the state were, arguably, among the worst obstacles. At minimum, they were among those who made the obstacles function, and they produced injustice.

And, so, to the woman who says, "My husband is a good man!" I must reluctantly answer, "It does not matter."