ISIS May Be Our Ally Some Day 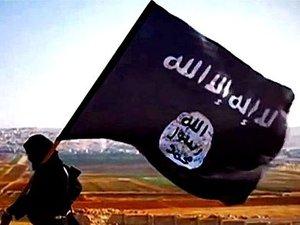 “ISIS is certainly not a state” said Obama in a recent statement. This is the official line Western governments use to describe ISIS. The label terrorist is often used to describe dangerous and aggressive organizations. However, these characteristics are not used to describe organizations that don’t threaten the strategic interests of states that dominate the international community.

If they serve the interests of established states, those existing states can be very lenient with these organizations. The Turkish state, for example, recently noticed ISIS was a threat to the Kurdish political agenda that threatened the Turkish state. Thus, Turkey remained quite passive towards ISIS, and only began to position itself against ISIS after being pressured by the US.

Still, it is not possible to deny the state-like nature of ISIS without ignoring reality. The primary criteria available to consider is whether or not an organization can claim a monopoly of legal violence within a territory. If it can, it is a state.

However, modern state leaders have understood this monopoly is not sufficient by itself to maintain their power. This is why they use ideologies to hide the violent nature of their authority and make the population more accepting of the state’s coercive methods.

In the West, since the nineteenth century, nationalism has largely filled the role of manufacturing consent to government domination, by drawing arbitrarily the contours of a fantasized historical and cultural community. After that came the welfare-state ideology which aims to develop a sophisticated system of fiscal redistribution that cultivates a strong feeling of economic dependence on the political class. And then came the ideology of democracy which allows the state to identify itself with society overall by promoting the illusion that the citizenry maintains control over the state bureaucracy.

Through these means, states in the West have been able to “legitimize” their monopolies over coercion. The problem one encounters with ISIS, however, is that it is a proto-state under construction, and its savagery lacks the patina of ideological refinement. This is why politicians feel obliged to intervene in the media to reiterate that ISIS is not a state in their view. For established states, achieving statehood confers a sort of title of nobility on the international stage. That is why many political movements aim to gain international recognition of their state. The status of “state” implies “civilized society,” and to accept organizations like ISIS into the club would be problematic.

Making a State with Iron and Blood

And yet, there is nothing honorable about the formation and maintenance of states. States are essentially bellicose and exploitative institutions. None of them can claim to be the fruit of a peaceful or contractual process. This is indeed what two recent articles published in the journal Foreign Policy remind us.

Rosa Brooks, law professor at Georgetown University, points out the perpetration of mass crimes by political regimes has never been a barrier to gaining international stature. According to Brooks, it is not impossible that ISIS will become, in the medium- or long-term, an ally of the United States. After all, the French State, the US’s oldest ally, is certainly not blameless of war crimes in its own history.

Moreover, Turkish authorities killed more than one million Armenians between 1915 and 1918 during what everybody except the Turkish government calls a genocide. Turkey remains a strategic member of NATO. More recently, European colonial powers have perpetrated countless brutal campaigns against occupied nations. However, the issue has never been about dissolving these organizations but changing their leaders which are today US allies. And there is, of course, the US’s main ally in the Arab world, Saudi Arabia, which is a brutal Islamist dictatorship with a criminal history similar to that of ISIS. Similar critical remarks could be made about the United States, and many American Indians, Spaniards, Frenchmen, and Mexican-Americans could confirm America didn’t build itself peacefully.

While western governments pretend to fight ISIS in the name of human rights, let’s simply remind ourselves there is no such thing as philanthropy in politics and international relations. Democratic governments never hesitate to ally themselves with dictators, as long as they conform to their geo-strategic interests. “Freedom” is only an ideological smokescreen to hide other motives.

The official statements currently talk about the absolute necessity of defeating an organization that came out of Western governments’ imperialism and which also just happens to coincide with Saudi Arabia’s desire to spread Wahhabism across the Muslim world.

But we can be sure that if ISIS were to succeed in proving its ability to stay in power, those currently fighting it won’t be reluctant to treat it like a “normal” state.

This is also Stephen Walt’s theory. Writing in Foreign Policy, Walt reminds us of the fact that a lot of violent political movements have been recognized by the international community once they proved their ability to stay in power. This was the case with the USSR, recognized by the US sixteen years after the Bolshevik revolution. The same thing is true of the Chinese state with which the US established full diplomatic relations in 1979, less than a decade after the end of Mao’s brutal Cultural Revolution. “Justice” and “human rights” have nothing to do with achieving membership in the “international community.” Membership comes to those states that are the strongest and able to impose their power most effectively on others.

In this regard, public opinion, which treats crimes differently depending on whether they are committed by extremists in the Middle East or by politicians in suits in democratic countries, is suffering from primitive nationalism. It is not possible, logically speaking, to declare ISIS forever a pariah state without questioning modern governments’ legitimacy, since many of them acted similarly in the past.

This is especially true when we consider the fact that western coalitions have — during their multiple “wars on terror” — killed more civilians than all terrorist groups assembled just one decade on. One can say that the ideologies and intentions behind the killings are not similar, but policies have to be judged on results, and not intentions. And the result is there is no difference between someone dead in the name of Allah and another killed during a drone attack in the name of democracy. Given their limited human, financial, technological, and military resources, it is not at all clear that non-state terrorist groups are the main threat to life and limb for numerous populations around the globe.

Unfortunately, much of the problem comes from Western citizens themselves who don’t pay attention to their governments, which never hesitate to use a single tragic event in order to increase their power and their “protection” by limiting their citizens’ individual freedoms. By fueling and exploiting fear, governments create a vicious circle which exacerbates the security demands from their populations, which translates into an increase of states” prerogatives. Military spending increases in turn, which satisfies the powerful interest groups that make up the military-industrial complex. Mass surveillance serves those who want to use state intelligence services to commit industrial espionage.

As much as we like to romanticize states in the West, the fact remains that ISIS is nothing more than a state among others. It perfectly meets Franz Oppenheimer’s criteria. It is:

Ferghane Azihari is a freelance journalist and policy analyst based in Paris. He regularly collaborates with libertarian think tanks in France and in the US. His main interests include European policy, trade, competition, and international relations. He belongs to the networks Students for Liberty and Young Voices.

Ferghane Azihari is a freelance journalist and policy analyst based in Paris. He regularly collaborates...

ISIS May Be Our Ally Some Day

"Human rights" mean nothing to global elites when geopolitical advantages can be gained from joining forces with...