GET NEWS AND ARTICLES IN YOUR INBOXPrint
A
A
Home | Mises Library | An International View of Drug Prohibition: An Interview with Mark Thornton 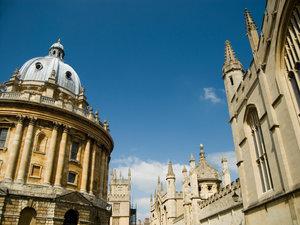 Mises Institute: Why were you invited to debate at Oxford?

Mark Thornton: The Oxford Union can pretty much get whoever they want to debate, including presidents, prime ministers, Mother Theresa, the Dalai Lama, and even Julian Assange, so I was honored that they invited me. I met several students in the Oxford Union and at Oxford University who were familiar with my work on the drug war and at the Mises Institute. Each side of the debate generally consists of a student presenter and three experts. The debate is similar in structure to the House of Commons and has been that way since 1823.

MI: What was your basic line of argumentation and how was it received? How did the other side justify the drug war?

MT: My opening joke, which came at the expense of the American public, was very well received and my arguments were also very well received. My argument was that the war on drugs has no benefits, just costs and negative unintended consequences. These include drug-addict crime, drug-dealer violence, bribery and corruption, and the increase in drug potency to deadly levels. I gave them the theory of how to connect those dots and some history of how the dots connected. I then described ten benefits of legalizing drugs that fit into the three categories of making us safer, making us healthier, and improving human welfare. I ended my presentation with four examples of what happens when drug laws are liberalized. One example was an experiment where heroin addicts were provided with doses of pharmaceutical-grade heroin. The result was a dramatic drop in their criminality, a large increase in their employment, and an increase of those seeking treatment. Another example was the needle-exchange policy. Countries with liberal needle-exchange policies (free needles on demand) have very low HIV/AIDS and other needle-borne disease transmission rates and countries with very strict needle policies (only available by prescription) have very high transmission rates. I received a very enthusiastic response from the audience.

The three experts on the pro-drug-war side made the following arguments. The first expert said that there was no war on drugs and that prohibition had never really been tried. The second expert’s argument was that drugs were bad — that’s it! She was a drug addict herself and revealed that she wanted a marijuana leaf tattooed on the back of her hand when she was young, but the tattoo artist refused because she was not 18 years old at the time. What makes her think that businesses will sell cocaine to 14 year olds if it was legalized? The final expert argued that if we legalize drugs then eventually almost everyone will be hard-core drug addicts. As you can see the other side’s arguments were mostly misinformation and fear tactics.

MI: We know that here in the US, drug legalization efforts have progressed significantly in many states, especially in Colorado and Washington. What was the view of these developments in the United Kingdom?

MT: Everyone I talked to about drug policy was aware of developments in Colorado and Washington and several people questioned me about them. My general impression was that people were hopeful that the US had broken its hard-core attitude against drugs. More generally, public opinion in the UK and Europe also seems to be moving toward more liberalized drug policy. This does not necessarily entail full drug legalization, but rather a policy where hard drugs are addressed as a medical problem, not a law enforcement problem, and where cannabis is regulated in a similar manner to alcohol and tobacco.

MI: Through the news media and popular culture we all have a certain image of what the drug war looks like here in America, with gangs and smugglers and drug runners. Has the drug war manifested itself differently in Europe or are things more or less the same there?

MT: Like the United States, Europe is a large, illegal drug-consuming region, rather than producing region, with similar laws against drugs. South America also produces much of the drugs that are smuggled into Europe.So naturally the problems are very similar. Part of that similarity is also driven by international treaties that forces countries to conform to certain legal norms with respect to illegal drugs. So yes, they have smugglers, gangs that sell drugs at the retail level, organized crime, bribery, and corruption, etc. There are some obvious exceptions such as cannabis coffee shops in the Netherlands. There are some noteworthy experiments as well, such as the decriminalization of all drugs in Portugal. It would not be incorrect to say that Portugal’s reform was an act of desperation, but one should remember that the US was equally desperate when we repealed alcohol prohibition in the depths of the Great Depression.

MI: Has the fight against the drug war become a worldwide movement, or are successful efforts cropping up in only a few countries?

MT: Both. Successful efforts are cropping up in only a few countries; however, I think there has been a worldwide ideological movement in favor of more liberal drugs laws. The balance in favor of more liberal drug laws in both Europe and the Western Hemisphere is starting to become apparent. Medical marijuana and decriminalized recreational marijuana are very acceptable throughout much of the developed world. The people of Mexico, Central America, and the drug-producing countries of South America have been devastated by the war on drugs and are desperate for a solution. It may seem as if the victories are sporadic and isolated, but I believe when history looks back on our recent past and near-term future that it will label the period the “End of the War on Drugs,” in much the same way we have the “End of the Cold War” and the “End of Communism.” At least that is my hope.

MI: When we think of illegal drugs, we generally mean cocaine, opium, and marijuana. But there is increasing attention being paid to prescription drugs in this country. Is this a growing issue in other countries as well?

MT: This problem was predictable as I showed in my book, The Economics of Prohibition. As the war on drugs has progressed with more enforcement capabilities and greater penalties, the black market has responded with higher potency and more potent and dangerous drug types. When I was writing back in the 1980s, the progression was increasingly higher potency cannabis, to cocaine, crack, and heroin. Since that time crystal meth, ecstasy, and prescription opiates have been added to the mix. More recently, new chemical drugs have been invented that are technically legal. I wonder if today’s drug warriors had a button to push that could dial us back in time, prior to government intervention in drugs, and have a situation where people smoked low-potency pot and opium on the fringes of society and drank Coca-Cola (which contained cocaine rather than caffeine), would they push that button?

OxyContin (oxycondone) and Vicodin are opiate painkillers that are killing thousands of people in the US each year. Both are often wrongly viewed by addicts as safer alternatives to heroin. The use of the drug has already spread to Europe and elsewhere, and so have the deaths.