GET NEWS AND ARTICLES IN YOUR INBOXPrint
A
A
Home | Mises Library | Inequality, Capital, and the Problem of Piketty

Inequality, Capital, and the Problem of Piketty 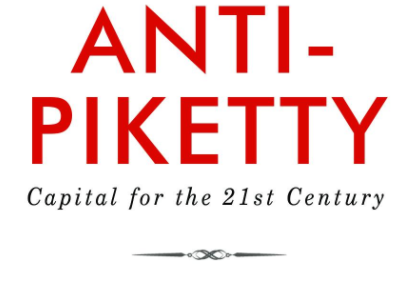 When Thomas Piketty’s Capital in the 21st Century was published in 2015, it suffered an unexpected fate for a treatise of 700 pages, filled with statistics and equations. It became a bestseller. Proclaimed a masterpiece by Paul Krugman and worthy of a Nobel Prize for its author by Larry Summers, it perfectly encapsulated and extended a familiar narrative of anti-capitalist propaganda, found in cruder form in the speeches of Bernie Sanders.

According to Piketty, capitalism over time widens the gap between the rich and the poor. In recent years, complaints have abounded that only the rich, and especially the superrich, gain from economic growth. In Piketty’s view, this fact is no happenstance of present conditions but reflects a law of capitalist development. This law is the famous r > g, i.e., the rate of return on capital exceeds the rate of economic growth. Capitalists who get interest payments will take over a greater and greater share of the gains from economic growth, and the gap between rich and poor will widen. At times this distressing trend can be halted; wars and revolutions slow capital accumulation and increase equality. But the overall trend toward inequality is clear and needs to be contained by high taxes on income and wealth.

Piketty’s portrayal of capitalism has not gone unchallenged, and Anti-Piketty collects a number of the most important criticisms of it. One of the most telling of these criticisms is obvious. If capitalism has been so bad for the poor, how can it be that the standard of living for the poor has vastly increased? As Jean-Philippe Delsol, a French economic journalist, notes, “People who focus on inequality often seem to forget a historical fact: market economies have allowed a great many people to get rich and to get out of poverty. This effect is unprecedented in history. ... The speed at which the market economy allows sections of humanity to get us out of poverty should make us marvel.”

The well-known demographer and economist Nicholas Eberstadt makes a related point. “Whatever may be said about economic inequalities in our epoch, material forces are quite obviously not working relentlessly and universally to increase differences in living standards across humanity today. From the standpoint of length of life and years of education, indeed, the human condition is incontestably more equal today than it has ever been before.”

How might Piketty respond? It is apparent from his book that what concerns him is the gap between rich and poor, more than the quality of life enjoyed by the poor. He would be likely to say, “Granted that the poor today do not for the most part live in abject circumstances. Still, the superrich have enormously more wealth than anyone else. That by itself suffices to justify corrective action by the government.”

But this would open Piketty to a further objection. Why is inequality bad? If you lead a good life but others are much better off, why do you have any cause for complaint, just because of the inequality? That is a fundamental question, but unfortunately it is not addressed in Anti-Piketty. In a densely written essay, Daron Acemoglu and James A. Robinson say, “It may be difficult to maintain political institutions that create a dispersed distribution of political power for a wide cross section of people in a society in which a small number of families and individuals have become disproportionately rich.”

Taking their comment on its own terms, would not a better solution to the problem it poses be to reduce the power of the state rather than to confiscate wealth? But this is not the issue I wish now to address. This is the failure of the contributors to address the intrinsic justice of equality. Is equality good or bad in itself? Why or why not? The contributors leave this vital issue to the side.

Before we can deal with whether Piketty’s r > g accounts for rising inequality, we must ask another question. Has he shown that inequality is in fact rising? If it is not, there is nothing for his formula to explain.

The historian Phillip W. Magness and the economist Robert P. Murphy (a name well-known to readers of The Austrian) in a joint contribution, analyze to devastating effect Piketty’s statistical evidence for inequality. They come close to charging Piketty with fraud and deception: “The discrepancies we identify are pervasive in the book, beginning with misstatements of basic historical fact and extending to an abundance of political distortion and confirmation bias in his data selection and methodological choices. In his use of communist data assumptions to accentuate the shape of a desired trend line, ostensibly explaining a hypothesized characteristic of capitalism, for example, it is difficult to maintain a noble opinion of the scholarship involved.”

Piketty’s signature tune, the r > g formula, fares no better at the hands of the contributors to this book. The economist Randall Holcombe uses a point much stressed by Austrian economists to dismember Piketty’s entire approach to capital theory. Piketty writes as if the return to capital were automatic: all a capitalist needs to do is invest his money and rewards will flow to him at a fixed rate. Precisely the opposite is the case: “The general idea — that capital does not just earn a rate of return, but has to be employed in productive activity by its owner — plays no role in the way Piketty analyzes his extensive data set on inequality. Piketty makes it appear that earning a return on capital is a passive activity. ... But capital has value only because it provides a flow of income to its owners, and it only provides that flow if the owners employ it productively.”

Piketty misconceives the nature of economic growth. He bemoans the gains of capitalists, but without their investments growth would not take place. He follows a famous model of Robert Solow, in which changes in technology, not additions to capital, are the primary drivers of growth. But as Mises long ago noted, knowledge of technology in poor countries far exceeds the ability of these countries to put this knowledge into practice. What these countries need is more capital; and if economic growth is to continue in well-off countries, they need increases in investment also. Piketty’s confiscatory policies would choke off growth and prosperity in the name of equality. (This basic point against Piketty has been made most effectively in a short book not included in this collection, George Reisman’s Piketty’s Capital.)

Does Piketty have a response? He might claim that even if capitalist investment does promote economic growth, the capitalists will seize the benefits for themselves, leaving others no better off. The economist Hans-Werner Sinn shows the error of this line of thought: “[Piketty’s] formula does not imply that wealth grows faster than economic output. Such a conclusion would only be warranted if the savings of an economy could be set equal to the economy’s capital income, so the rate of economic growth is the same as the interest rate. But this is not the case. Rather, savings are consistently smaller than the sum of all capital income. The wealthy consume substantial parts of their income. ... Thus, the growth rate
of wealth lies significantly below the interest rate; the fact that the interest rate exceeds the rate of economic growth in no way implies that wealth grows faster than the economy. ” So much for r > g.

Suppose, though, that one accepted Piketty’s analysis and was accordingly concerned with capitalists’ having too much. As Michael Tanner aptly remarks, Piketty’s solution to this alleged problem would not work. “He seems to believe that ‘confiscatory taxes’ (his term) can be imposed without changing incentives or discouraging innovation and wealth creation. Piketty’s solutions would undoubtedly yield a more equal society, but also a remarkably poorer society.” Instead, Tanner suggests, why not encourage the emergence of more capitalists by making Social Security private? “No policy proposed in recent years would have done more to expand capital ownership than allowing younger workers to invest a portion of their Social Security taxes through personal accounts.” Piketty has no use for pro-market proposals of this sort.

The essays in Anti-Piketty make Nicolas Lecaussin’s claim inescapable. Piketty is one of those “intellectuals” who, as Ludwig von Mises and Robert Nozick have noted, resent the free market because “it does not recognize them at — what they think is — their ‘fair value.’” Readers of this book will be inoculated against Piketty’s ill-considered analysis and policies.

David Gordon, "Inequality, Capital, and the Problem of Piketty," Review of Anti-Piketty: Capital for the 21st Century by Jean-Philippe Delsol, Nicolas Lecaussin, and Emmanuel Martin, eds., The Austrian 4, no. 1 (January/February 2018): 15-17.