The Index Card of Allowable Opinion 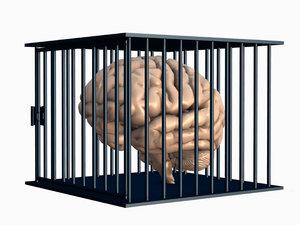 I think most people know what I mean when I speak of the gatekeepers of permissible discussion. On the left, sites like ThinkProgress and Media Matters smear and attack those uppity peons who stray from the ideological plantation that the Washington Post and the New York Times oversee. On the right it’s neoconservative sites like the Free Beacon, who have built a nice little cabin on that plantation, and who rat out anyone who tries to run away. Why, we don’t hold any of the dangerous views of those libertarians, good Mr. New York Times reporter, sir! We are nice and respectable, and we’ll be sure to keep a close eye on those awful subversives who, probably because of some mental defect, are unsatisfied with the Hillary-to-Romney spectrum to which we have been urged to confine ourselves.

The respectables of left and right do not deign to show where we’re wrong, of course. The very fact that we’ve strayed from the approved spectrum is refutation enough. That’s why I’ve called these people the thought controllers, the commissars, or the enforcers of approved opinion.

Let me modify that: once in a while they do try to show where we’re wrong, but they can almost never manage even to state our position correctly, much less muster an effective argument against it. The purpose of these alleged replies is not to shed light, but to demonize libertarians in the public mind.

In Real Dissent: A Libertarian Sets Fire to the Index Card of Allowable Opinion — my first book in nearly four years — I take aim at these critics and their arguments.

Part I covers foreign policy and war. The regime has fostered more confusion among the public over these issues than any other. Conservatives, of all people, wind up supporting courses of action that (1) expand the power of the state over civil society; (2) are justified on the basis of propaganda they’d laugh at if it came from the mouths of Saddam Hussein or Nikita Khrushchev; and (3) violate the absolute standards of morality that conservatives never tire of telling us are under assault. The antiwar reputation of left-liberals, meanwhile, is almost entirely undeserved; the mainstream left supported every major US war of the twentieth century.

Conservatives no doubt consider themselves cheeky and anti-establishment for supporting US military interventions, yet virtually all major US newspapers supported the two wars in Iraq and have called for a belligerent posture against Iran. If conservatives think they’re sticking it to the New York Times by supporting the federal government’s wars, they are deceiving themselves. It was the New York Times’s Judith Miller, for instance, who later became notorious for her uncritical acceptance of war propaganda. Hillary Clinton and John Kerry were every bit as belligerent as George W. Bush — Kerry even said in 2004 that he would be less likely than Bush to withdraw troops from Iraq, and proposed sending an additional 40,000.

Against this bipartisan consensus, anyone advocating a consistent policy of nonintervention abroad — the correct libertarian and conservative position, if you ask me — can expect to be marginalized and ignored. Meanwhile, the interventions of the past dozen years have backfired spectacularly, as Ron Paul and other noninterventionists predicted they would.

I put this part of the book front and center because I myself have so much penance to do. As a younger man I was a Rush Limbaugh listener and a garden-variety neoconservative. I cheered on every government intervention abroad, I accepted all the official rationales, and I demonized opponents and skeptics as America haters. I then realized I was just the flipside of a typical left-liberal, who cheered on every government intervention at home, accepted all the official rationales, and demonized opponents and skeptics as haters of the poor.

With both left and right cheering on the state in one capacity or another, the prospects for scaling it back are dim. The whole package, the whole tissue of lies, needs to be confronted.

Part II is a defense of the free-market economy against some of the most common arguments. Here my opponents don’t necessarily fall into the thought-control category. But many of the arguments I’m replying to are of the only-an-ideologue-could-disagree-with-me variety. Why, “monopolies” would dominate if you libertarians had your way! Everyone would earn ten cents an hour! Advertisers would manipulate consumers!

Those arguments and many others are the first to go.

Part III takes on some of the attacks on libertarianism launched by mainstream outlets over the past several years. It seems a week hardly goes by without one. I never get more feedback than when I take on critics like these and send them home crying to their mothers. This part of the book collects a bunch of these replies.

In Part IV I assess the significance of the Ron Paul phenomenon. Ron was everything the establishment fears: a plain-spoken truth-teller, a man without pretense, a fearless slayer of sacred cows. He refused to fit into any of the stultifying categories into which our opinion-molders try to pigeonhole anyone and everything. He was anti-state and anti-war — the very epitome of consistency, though most conservatives (and liberals, for that matter) found this an inexplicable contradiction.

(Ron himself contributed a generous foreword to Real Dissent, I’m happy to note.)

The Federal Reserve is the subject of Part V. Talk about outside allowable opinion: opposition to the Fed was nowhere to be found within mainstream American political life for nearly one hundred years after the central bank’s creation at the end of 1913. Today, enlightened opinion is appalled at having to acknowledge the existence of critics who question the wisdom of the wise custodians of their monetary system. But given the Fed’s track record, the naïve confidence that mainstream left and right expect us to repose in the Federal Reserve would be misplaced.

Part VI corrects the historical record on topics ranging from labor unions to presidential war powers to state nullification. Here you’ll find my much-discussed confrontation with radio host Mark Levin, whose idea of a debate is to call his opponent an idiot and not let his supporters read for themselves what that person has written. By contrast, I was more than happy to link my readers to Levin’s responses, especially since I was certain I had won our debate.

In Part VII, a short section, I gently correct certain libertarians who spend their time assuring respectable opinion that they are altogether different from those extreme libertarians like Woods, and that they’re really quite obedient and observant when it comes to issues Americans have been instructed not to discuss.

There are three more parts, but you get the idea. Of my twelve books, I think this one is the most enjoyable to read, and I’ve filled it with arguments you can use in debates of your own.

The appropriate response to the index card of allowable opinion to which the political and media classes expect us to confine ourselves is to set it on fire. This book is a match.

This article first appeared at LewRockwell.com.