The Impossibility of an Informed Electorate 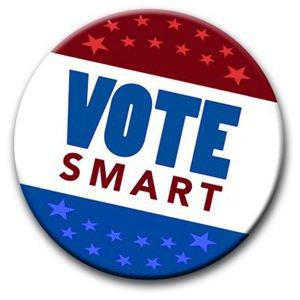 Ordinarily I agree with John Stossel. Stossel does what many would have thought impossible: he uses economic reasoning to defend individual liberty and free markets on national media outlets. In a 2008 article Stossel claims that uniformed people should not vote. Stossel illustrates this idea by questioning audience members at a Rock the Vote concert. Many of the attendees of these events could not recognize pictures of the vice president or the Speaker of the House, and did not even know how many senators there are in the US Senate. Stossel suggests that people who lack such basic information have a duty not to vote. Conversely, people who are informed about politics should vote.

There is a veneer of plausibility to Stossel's argument. The idea that democracy works better when informed people vote would seem to make sense. However, the case for informed voting breaks down when we consider the difficulties of being well-informed about political options. In economic terms, voters need to evaluate alternatives for public policies and programs.

Strictly speaking, a rational voter must first estimate the overall effects of altering or abolishing specific public policies and programs. For each federal program or policy there are a range of reforms that might improve its functioning. A fully informed and rational voter would ascertain the best options for governmental reform. It is, however, very difficult to ascertain the effects of reforming even one policy or program. Changing one program or policy typically produces unintended consequences. Given the complexity of the United States — and the world for that matter — a significant change in public policy will cause a series of reactions from the people who feel the effects of these changes. No one person can predict these unintended consequences.

Another complication arises when you consider the sheer number of federal policies and programs that currently exist. The US government has dozens of agencies that implement thousands of policies. No one person can understand all of these programs and policies. The federal government is complex beyond anyone's comprehension. Of course, people who don't recognize the vice president do not understand what they would be voting for or against this November.

But how could even the most highly informed voters navigate the options that face modern voters?

There are several problems with this solution. First, experts offer opinions rather than facts. Since different experts disagree as to how policies should change, voters have to determine which experts are correct. This problem negates much of the purpose of having experts in the first place.

To be well-informed, a voter must first discover which policies deliver the best result for the entire nation. Each individual voter must then disaggregate this overall result into individual payoffs, and then ascertain the probability of receiving particular payoffs. Having done all this, a voter is now close to making a rational political choice. However, the voter must now estimate the probability of success from political action. The odds are that one vote will not change the outcome of a national election.

The fact of the matter is that voters cannot comprehend the impact that voting has on their own lives.1 Casting a single vote, among over 100 million, is an act of futility.2

One could argue that while voting is much more complicated than most people realize, we have no alternative, no other way of changing the world for the better. The idea that there is no alternative to political participation is false.

In the private sector, for example, people deal with complexity simply by paying attention to prices. Prices reflect the relative demands of billions of consumers in the global economy. Every day people cast "dollar votes" in elections that determine how scarce resources get used. The price system is in this way a communications network that makes it possible for people to navigate a world that in all its detail is complex beyond anyone's comprehension.3 The sellers who win the most dollar votes from consumers earn profits and stay in business. Sellers who lose elections through consumer spending of dollar votes incur losses and go bankrupt.4

The problem with voting in modern America is that we have a politicized society, and modern society is extraordinarily complex. Stossel suggests that only people who follow politics should vote. However, even those who follow politics very closely do not understand the implications of changes in public policy. The lesson here is that efforts to incrementally reform government policies and programs through the democratic process are futile. To the extent that we vote at all, rational people should vote to depoliticize the economy.