How the World Was Made Safe for Crony Capitalism 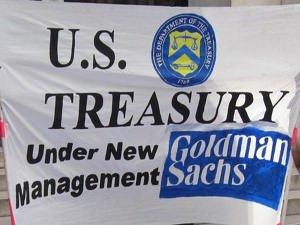 Editor’s Note: Beginning Tuesday, November 12, Dr. Batemarco will be teaching “The Age of Crony Capitalism” at Mises Academy. This six-week online course will examine the factors responsible for the expansion of crony capitalism at the expense of the free market.

As Bob Higgs has pointed out in a lifetime of scholarship, crises are the health of the state. Whether these crises are unavoidable or manufactured by the state, either deliberately or through mere bungling, the state rarely misses an opportunity to use them to its advantage.

David Stockman’s recent book, The Great Deformation, escorts the reader through a welter of ideas, institutions, and crises that the state did, indeed, use to its advantage to funnel billions of dollars from the general public into the pockets of the well-connected. Stockman’s chief culprits are the ideas of Fisher, Keynes, and Friedman; the institutions of the Federal Reserve System and the presidency; the crises of the Great Depression; the run on US gold of the late 60s; the stock market crash of 1987; and the financial crisis of 2008, to name a few.

Crises are useful to the state because they create fear and fear causes many people to agree with Theodore Roosevelt that, “In any moment of decision, the best thing you can do is the right thing, the next best thing is the wrong thing, and the worst thing you can do is nothing.” Acts of self-dealing that would face stiff resistance in normal times get a free pass in times of crisis, as the wrong thing becomes seen as acceptable, if not necessary. A case in point was the Reagan military build-up, predicated on an exaggerated view of Soviet offensive capabilities, which provided more money than the armed forces’ leadership knew what to do with.

Periods of easy money are also immensely fertile fields for crony capitalism. After all, the first recipients of new money benefit at the expense of the last recipients and who those first recipients are is hardly random. By keeping interest rates below their natural levels, easy money cripples the stock market’s ability to carry out its price-discovery function, which is so vital to rational economic calculation and limits its usefulness to all but speculators. In addition, easy money policy enables increased government spending and as government spending grows, so does the opportunity to divert that spending toward the well-connected.

In trying to make sense of our recent financial difficulties, a key point that most commentators miss, is that capitalism is not merely a profit system, but a profit and loss system. As unpleasant as the losses may be, they serve a therapeutic function of utmost consequence. By withdrawing that therapy, such policies as TARP, ZIRP (zero-interest rate policy), quantitative easing, and too-big-to-fail, socialize the losses of — you guessed it — the cronies of those who wield power.

Of all these, David Stockman’s book stands out in that the author, as a policy insider in the Reagan administration, saw the phenomenon up close and offers a wealth of detail to which only an insider would be privy. As crony capitalism in the US seems to be attaining Goliath-like proportions, let’s hope that this David’s pen can set in motion a process that will slay the giant.

Register to attend “The Age of Crony Capitalism” here.

Robert Batemarco is now semiretired, having most recently taught economics at Fordham University.