How The Power To Tax Destroys 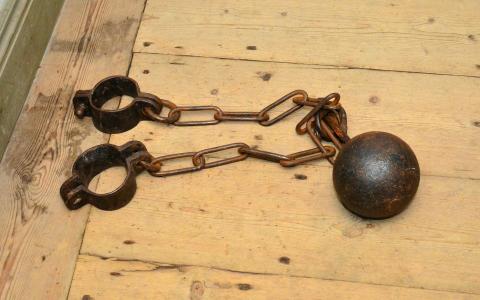 "For they have sown the wind, and they shall reap the whirlwind." Hosea 8:7

Where the state is, there is the power to tax; for rulers cannot rule without taxation. As Ludwig von Mises wrote: "The funds that a government spends for whatever purposes are levied by taxation."1 Or as Murray Rothbard put it: "...all state actions rest on the fundamental binary intervention of taxes..."2

Where the state is, there also is the growth of the state. Why does a state's scope enlarge? One theory is that interest groups seek to use the state's taxing power for their own benefit. As Richard Ebeling writes: "As long as many people want government to use its power to tax and regulate to benefit them at the expense of others, it will retain its power and continue to grow."3

This article suggests a complementary theory. When the power to tax is conferred upon rulers, many harmful incentives necessarily are conveyed with it. These encourage the rulers to expand their destructive acts.

Purposeful action involves choice among alternatives. Choices embed incentives (rewards) and  disincentives (costs), both of which can be monetary or nonmonetary. Consider, for example, the Crown's provision of justice in medieval England. Convicted felons were typically hanged and their goods forfeited to the Crown, although the King might pardon a felon who agreed to serve in the Royal army. This incentive structure motivated the Crown to convict felons, because for each conviction the payment was either the felon's property or use of the felon as a soldier (the incentives). The Crown faced disincentives too, not only out-of-pocket costs but also disloyalty, disaffection, loss of reputation and resentment, if it wrongly convicted innocent people of felonies.

Under this incentive structure, the Crown likely displays a marked enthusiasm for arresting and convicting felons (and perhaps non-felons).4 The incentive structure also induces the Crown  to change the laws so as to define  more crimes as felonies.5 If this dynamic sounds similar to the case of police and municipalities in the United States benefiting from the seizure and forfeiture of goods and the resulting expansion of crimes subject to seizure and forfeiture, that is because it is.6

Harmful Incentives Of The Power To Tax

Rulers, being human, have wants that they wish to fulfill, items like doing good (as they see it), power, glory, money, ego-satisfaction, pride, respect, adulation, security of office, aiding the poor or the rich, ending capitalism, spreading democracy, etc. However, what rulers want is not what subjects want. Individuals have widely varying ideas about what is desirable, as evidenced by the many ways they live. Obviously, rulers are unable to choose actions that satisfy every subject's individual preferences, even if they know them; but also no ruler knows what the subjects want now or ten minutes from now. Since rulers absorb taxpayer resources and spend them on projects that cannot satisfy their subjects' preferences, it follows that rulers destroy the happiness of those they tax.

When constrained to employ their personal resources, rulers have a disincentive to spend. The power to tax removes that disincentive, that is, provides them an incentive to fulfill their aims. Consequently, they are encouraged to such things as wars to end all wars, wars to further democracy, great leaps forward, wars on poverty and drugs and terror, genocides, disruptive programs, territorial expansions, subsidies and guarantees, lavish parties, entertainments, airplanes and limousines, volumes of  regulations that kill off markets, etc.

While some "subjects" gain from these depredations and lobby for them, thereby becoming rulers, most do not. They can only vote, gripe or write letters, highly imperfect means of affecting ruling actions. Votes are on representatives, not projects; and they occur only at infrequent intervals during which the rulers create numerous faits accomplis. No voter can unilaterally withdraw support from the war on drugs or the war on terror or the social security program or any other state program.

Getting their way is but the first of the bad incentives that accompany the rulers' power to tax. The second is to increase the taxes levied, which is undesirable because it supports more misguided actions by the rulers. Tax increases are predictable because the rulers gain from them as long as the cost in lost votes is not excessive. The incentive structure inherent in the power to tax is incredibly malign because the rulers control the amount of the incentive! They can raise taxes at will, subject only to the loss of some votes, which they have many stratagems to forestall.

Third, taxation provides a powerful incentive to raise funds by borrowing. Without taxes to pay interest and principal, a state cannot issue large amounts of debt.7 With that power, the state can borrow and expand, thereby mortgaging future taxpayers. Future generations must pay the debt out of their savings, which harms them. Furthermore, having issued debt, the state has an incentive to pay it off with cheaper dollars. The power to tax leads the state to replace private money by the state's currency and thence to the many ills attendant upon the inflation of that currency.

Fourth, the power to tax provides the rulers with an incentive to institute programs that distribute wealth and create dependency. Distributionist schemes grew enormously in the U.S. only after the state gained the power to tax incomes. These harmful programs benefit rulers. They create state support among dependents who fear losing their handouts from the state, and that support greatly complicates any effort to reduce the state's power.

Fifth, the power to tax is the power to to sell or exchange tax relief for favors or donations, as well as the power to extort money so as to prevent taxes from being imposed. Corruption of political officials is encouraged. Additionally, these activities create differential taxation and costly  economic inefficiencies.

Sixth, rulers have an incentive to camouflage their levies so that the subjects do not even know how much tax they are paying. They diffuse the tax pain widely so that it is more bearable. This is why rulers institute withholding taxes, social security taxes, gasoline taxes, payroll taxes, sales taxes, value added taxes, etc. Additionally, they make the tax code so impossibly complex that even tax collectors do not understand it.

After a while, public attention settles on the complexity of the tax code rather than the taxes. Those who debate tax code simplification often assert that their proposals will lower taxes. They may, and pigs may some day colonize Mars; for the rulers have no incentive to adopt tax simplification unless they expect a gain – in revenue, in power or some other benefit.8

Seventh, in order to persuade taxpayers that they spend taxes carefully on good causes, rulers have an incentive to lie about the benefits and costs of their projects and to report them in distorted and confusing ways. If a war occurs, no one will be able to ascertain its cost without doing a master's thesis on the subject. NASA will assert that the benefits of the space shuttle program "can be found just about everywhere!" or that "... it continues to give the American people tremendous value for their tax dollar" while avoiding any mention of the program's estimated $173 billion cost.9 Truth is a casualty of the power to tax.

Eighth, the power to tax encourages rulers to adopt measures that work badly. Put another way, they have a diminished incentive to do well with tax monies raised because they do not personally bear the full cost of error. They can always raise more money by taxes. Hence, all programs funded by taxes will be less efficiently run than comparable private sector provision of the same services.10

Finally, the rulers have a ninth incentive, to maintain indefinitely the power to tax. At least three destructive activities result. One is continually to manufacture propaganda to justify taxes. Rulers are forever raising a hue and cry about imminent dangers and problems. They publicize desperate "needs" that are essential to survival: poverty programs to forestall disunity, riot or crime, drug prohibition to prevent threats to the nation's health, subsidies to prevent failure of the food supply or loss of the family farmers who are the nation's backbone, and central banking to prevent catastrophic banking failures. Basically, rulers appeal to their subjects' fears, insecurities and deep nationalistic, patriotic, religious and other desires in order to justify their actions.

Second, rulers recruit a corps of propagandists, in government and out, who tout the party line, and in return receive money, favors, access, or other emoluments that they value, including power and feelings of importance. The perverse consequence is a corruption of society's information processes.

A third means of keeping the power to tax is to diminish effective criticism of the rulers. Were rebellious anti-tax voices to gain influence, the rulers would be worse off. Hence, they try to halt and suppress such criticism.11 Sadly, free speech and the power to tax are incompatible, and the rulers will curtail free speech wherever possible and under whatever clever guises they can manufacture.

Purposeful choice in the realm of voluntary behavior among ordinary people tends to improve life. Purposeful choice among rulers tends to destroy life, because rulers act on their wants, not those of taxpayers.

John Marshall in 1819 wrote that "The power to tax involves the power to destroy". Even if we ignore the moral argument that taxes are theft and ignore the consequentialist arguments that taxes hamper the pursuit of happiness and lower economic efficiency, the power to tax has numerous harmful incentives that indeed encourage destruction in many ways.

The bottom line is this. Place no hope of betterment in changing the party or man in office, for so long as rulers possess the power to tax, they will use that mechanism of state to the detriment of its subjects. The power to tax provides the serpent of state with its victims, us. Taxes feed the monster whose growth spreads venom everywhere. Taxes with or without representation are evil, ever fostering harm and destruction. If we are wise, we will defang the beast by ending its power to tax.