How the Paper Money Experiment Will End 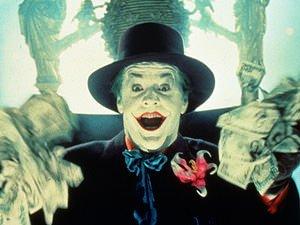 A paper currency system contains the seeds of its own destruction. The temptation for the monopolist money producer to increase the money supply is almost irresistible. In such a system with a constantly increasing money supply and, as a consequence, constantly increasing prices, it does not make much sense to save in cash to purchase assets later. A better strategy, given this senario, is to go into debt to purchase assets and pay back the debts later with a devalued currency. Moreover, it makes sense to purchase assets that can later be pledged as collateral to obtain further bank loans. A paper money system leads to excessive debt.

This is especially true of players that can expect that they will be bailed out with newly produced money such as big businesses, banks, and the government.

We are now in a situation that looks like a dead end for the paper money system. After the last cycle, governments have bailed out malinvestments in the private sector and boosted their public welfare spending. Deficits and debts skyrocketed. Central banks printed money to buy public debts (or accept them as collateral in loans to the banking system) in unprecedented amounts. Interest rates were cut close to zero. Deficits remain large. No substantial real growth is in sight. At the same time banking systems and other financial players sit on large piles of public debt. A public default would immediately trigger the bankruptcy of the banking sector. Raising interest rates to more realistic levels or selling the assets purchased by the central bank would put into jeopardy the solvency of the banking sector, highly indebted companies, and the government. It looks like even the slowing down of money printing (now called “QE tapering”) could trigger a bankruptcy spiral. A drastic reduction of government spending and deficits does not seem very likely either, given the incentives for politicians in democracies.

So will money printing be a constant with interest rates close to zero until people lose their confidence in the paper currencies? Can the paper money system be maintained or will we necessarily get a hyperinflation sooner or later?

There are at least seven possibilities:

1. Inflate. Governments and central banks can simply proceed on the path of inflation and print all the money necessary to bail out the banking system, governments, and other over-indebted agents. This will further increase moral hazard. This option ultimately leads into hyperinflation, thereby eradicating debts. Debtors profit, savers lose. The paper wealth that people have saved over their life time will not be able to assure such a high standard of living as envisioned.

2. Default on Entitlements. Governments can improve their financial positions by simply not fulfilling their promises. Governments may, for instance, drastically cut public pensions, social security and unemployment benefits to eliminate deficits and pay down accumulated debts. Many entitlements, that people have planned upon, will prove to be worthless.

3. Repudiate Debt. Governments can also default outright on their debts. This leads to losses for banks and insurance companies that have invested the savings of their clients in government bonds. The people see the value of their mutual funds, investment funds, and insurance plummet thereby revealing the already-occurred losses. The default of the government could lead to the collapse of the banking system. The bankruptcy spiral of overindebted agents would be an economic Armageddon. Therefore, politicians until now have done everything to prevent this option from happening.

5. Pay Off Debt. The problem of overindebtedness can also be solved through fiscal measures. The idea is to eliminate debts of governments and recapitalize banks through taxation. By reducing overindebtedness, the need for the central bank to keep interest low and to continue printing money is alleviated. The currency could be put on a sounder base again. To achieve this purpose, the government expropriates wealth on a massive scale to pay back government debts. The government simply increases existing tax rates or may employ one-time confiscatory expropriations of wealth. It uses these receipts to pay down its debts and recapitalize banks. Indeed the IMF has recently proposed a one-time 10-percent wealth tax in Europe in order to reduce the high levels of public debts. Large scale cuts in spending could also be employed to pay off debts. After WWII, the US managed to reduce its debt-to-GDP ratio from 130 percent in 1946 to 80 percent in 1952. However, it seems unlikely that such a debt reduction through spending cuts could work again. This time the US does not stand at the end of a successful war. Government spending was cut in half from $118 billion in 1945 to $58 billion in 1947, mostly through cuts in military spending. Similar spending cuts today do not seem likely without leading to massive political resistance and bankruptcies of overindebted agents depending on government spending.

6. Currency Reform. There is the option of a full-fledged currency reform including a (partial) default on government debt. This option is also very attractive if one wants to eliminate overindebtedness without engaging in a strong price inflation. It is like pressing the reset button and continuing with a paper money regime. Such a reform worked in Germany after the WWII (after the last war financial repression was not an option) when the old paper money, the Reichsmark, was substituted by a new paper money, the Deutsche Mark. In this case, savers who hold large amounts of the old currency are heavily expropriated, but debt loads for many people will decline.

7. Bail-in. There could be a bail-in amounting to a half-way currency reform. In a bail-in, such as occurred in Cyprus, bank creditors (savers) are converted into bank shareholders. Bank debts decrease and equity increases. The money supply is reduced. A bail-in recapitalizes the banking system, and eliminates bad debts at the same time. Equity may increase so much, that a partial default on government bonds would not threaten the stability of the banking system. Savers will suffer losses. For instance, people that invested in life insurances that in turn bought bank liabilities or government bonds will assume losses. As a result the overindebtedness of banks and governments is reduced.

Any of the seven options, or combinations of two or more options, may lie ahead. In any case they will reveal the losses incurred in and end the wealth illusion. Basically, taxpayers, savers, or currency users are exploited to reduce debts and put the currency on a more stable basis. A one-time wealth tax, a currency reform or a bail-in are not very popular policy options as they make losses brutally apparent at once. The first option of inflation is much more popular with governments as it hides the costs of the bail out of overindebted agents. However, there is the danger that the inflation at some point gets out of control. And the monopolist money producer does not want to spoil his privilege by a monetary meltdown. Before it gets to the point of a runaway inflation, governments will increasingly ponder the other options as these alternatives could enable a reset of the system.