How to Improve the Culture | Mises Institute
Skip to main content

How to Improve the Culture 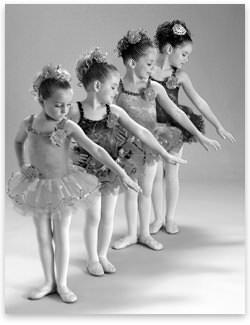 The culture is going to hell in a handbag, we've been told for hundreds of years, and the free market gets a large share of the blame. The observation stretches from Left to Right and everywhere in between. It is universally agreed that letting markets run loose runs roughshod over all the finer things in life, from books to arts to clothing to manners.

Mises himself traces this ideological tendency to 19th-century critic John Ruskin, who "popularized the prejudice that capitalism, apart from being a bad economic system, has substituted ugliness for beauty, pettiness for grandeur, trash for art." The same argument appears today in conservative periodicals, every week, as a built-in bias; everyone knows that markets have unleashed a race to the bottom.

One response might be to say, This is not decline at all but just difference. Whether it's opera or rap, frescos or graffiti, black tie or grunge, it doesn't really matter. Culture takes different forms in different times, so get used to it.

I'm not really satisfied with that answer, mainly because of my own cultural biases. My tastes in music predate Bach. Dancing to me means ballet. Popular fiction I find insulting in every way. Kids, in my view, should spend their time mastering piano rather than gaming on computers.

I admit that it would not be impossible for me to be mistaken for a snob.

And yet, I would like to offer a contrary view — but not in the form of a big theory. Rather, consider some cases of cultural entrepreneurship that made a real difference by the same means through which every innovation comes about: risk taking, hard work, and marketing.

Let's begin with dance. Some ten years ago, I found myself at a ballet recital for young people. I had expected something like we used to see on GE commercials: little girls in tutus dancing to Tchaikovsky. Instead, the girls danced to ridiculous rock music and danced without discipline at all, flailing around this way and that. It was clear that they were learning no technique at all. And yet the parents were wild for it.

I'm not against jazz and rock dance but to do it right requires a foundation in ballet, which is the fundamental language of all dance in the West. Those amazing dancers you see on Fosse — they knew ballet first. But in these self-indulgent times, no one cares about discipline and hard work. Everyone wants to jump right into the fun thing even if it looks stupid.

I left that recital despairing that another epoch of goodness had passed into the night, replaced by a state of permanent slop. And then suddenly, out of nowhere, a 20-something dance entrepreneur showed up in town and opened a new studio, pricing her teaching below the competition. Through good will, efficiency, low prices, and smiles all around, she attracted a slew of new customers.

But this wasn't just any ballet entrepreneur. She had an attachment to the old ideals, old music, and old pedagogy. This is what she emphasized and pushed. At the first recital after one year of operation, the parents of the students all enjoyed the recital with new standards: the classical training, the old-world music, great attention to costumes, and all the trappings everyone once expected in real ballet. The parents cheered to the high heavens the glories of these kids and the program.

And so, voila! In one year, thanks to one entrepreneur with a vision and the dedication to carry it out, the local culture is massively and dramatically improved — the old world and its high standards carried on toward the future. I looked back at my previous despair with embarrassment. It turns out that there was nothing inevitable about cultural decline. All it takes is one person to make the change.

"It turns out that there was nothing inevitable about cultural decline. All it takes is one person to make the change."

Let's move on to the subject of children's choirs. Since the ancient world, children's choirs have been the incubator of great musicians for the future. But today? It's a disaster. If there are choirs at all, they are taught pop tunes, bad technique, American Idol approaches, all of which end in creating would-be stars that never really do the hard work necessary for serious music making in any field. The result is inevitable: a musically ignorant culture, and no real choirs at all.

But right here in my own town a woman decided to change that with a civic chorus of children. In the first year there were 25, and in the second that doubled, and then a split-off of older children was started. They wear concert clothing and sing all the classic repertoire, even music in Latin. They have a rigorous schedule of rehearsals, very much like sports-team practices. They learn technique and discipline. The parents love it! And the choir is singing all over town in a wonderful way.

To be sure, the director does not make the big bucks. She works extremely hard, giving private lessons and working with parents and spending far more time on this project than the payoff would seem to dictate. But she does it anyway because she has a passion for it and she is living out a dream.

Because of this one cultural entrepreneur, the community is changed.

Now, in both cases, we see that it could have gone the other way. If these two people had not come along with the desire to raise the standards and provide a valuable service, another generation's cultural education would have been missed. Instead, they both acted and took a risk. As a result, their legacy on this earth will outlive them.

Another case in point concerns a new immigrant family from India who opened a wonderful new Indian restaurant in a town overrun with fast-food chains and chicken-finger shacks. Everyone I know has long bemoaned the lack of great foreign cuisine here. It's the first point cited as evidence that this backwoods place has been given over to the capitalist pigs.

Then one day it was there: an Indian restaurant as good as any that one would find in any major city in the world, with a vast and varied menu and all the ambience one would want. And what made it possible? Not the overthrow of the capitalist order but rather the risk, hard work, and dedication of a single entrepreneur. Again, there was no guarantee that this would happen. It was a choice that was made by one individual. He and his family decided to open the restaurant.

It was Mises's fundamental point about the cultural critique of capitalism that capitalism makes more of everything available to the consumer. That means more trashy novels and rotten music, but it also means more great literature and high-level music, all of which is accessible as never before.

But today, cultural entrepreneurs are seriously inhibited in their innovations by high taxes, regulations, and mandated benefits. This produces fewer attempts to improve our world than there would otherwise be. Some markets are hobbled to the point of near inaction, such as the education market, and others are less vibrant than they would otherwise be.

So what we need is not the overthrow of private property but more freedom for cultural entrepreneurship, and more individual initiative to do more than complain that the world is not conforming to your own values. The next time someone complains about what the market is doing to the culture, ask that person what he or she has done to enter the market and make a difference. And ask what that person has done to make the world freer for those who seek to make the world a more beautiful place.