How Government Uses “Efficiency” as an Excuse to Steal 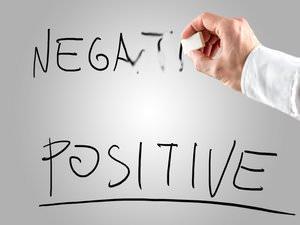 Scarcity makes efficiency — getting the most value from given resources —important. The more efficient individuals are, the more they benefit from their actions. That’s why economists are always talking about efficiency.

Unfortunately, some things said to be efficient are not. A major reason is that while efficiency is usually described in terms of mutual benefits, in public policy discussions, economists and governments who employ them actually use an efficiency standard known as “potential compensation.” In a nutshell, this means that the “winners” gain more than the “losers” lose, so that the winner could potentially compensate the loser enough that they would both come out ahead.

This efficiency standard does not cause any problems when it comes to purely voluntary transactions, because acceptable compensation must then always be paid, as a result of people having the power to reject any arrangement that would harm them. But that is not so when government coercion is involved.

Consider a potential land purchase as an example.

For Eve to willingly sell a piece of property to Adam, their self-interest assures that both gain, even after the transactions costs of arranging the exchange are paid. Say the purchase price was $70. Eve’s choice revealed that she valued the property at less than $70 and Adam valued it more than $70. It follows that Eve was in fact compensated more than the cost she bore in giving up ownership of the property. That is, actual compensation, not just potential compensation, left both better off.

It is “efficient” for each individual whose rights were involved and therefore for society.

However, the assurance that choices will improve efficiency for all involved disappears when those choices are not voluntary, as in government eminent domain proceedings.

Unfortunately,we know that such “just compensation” is actually insufficient compensation. The forced sale cannot be efficient for Eve, because it was imposed against her will. If the government purchase offer was more than the value Eve placed on her property, no coercion would be necessary. Normal market channels would suffice. Coercion is only necessary when Eve will be harmed. And in such cases, supposedly efficient policies do not provide mutual benefits. Instead, efficiency language is used to misrepresent imposing harm on Eve to benefit others.

Potential compensation is also a misleading guide in other areas of public policy, because compensation is not actually paid to “losers.” For example, say there is a policy whose government-estimated benefits for Adam are $60 and whose government-estimated costs for Eve are $40.Under a potential compensation standard, the policy would be deemed efficient. But the reality would be that Eve is harmed, meaning what is supposedly efficient (yet may be far from efficient) for society need not be so for each party involved. This violates the essential claim economists make for increased efficiency; namely, that at least one party is made better off and no party is made worse off.

Above, Eve is harmed by a supposedly efficient policy. That is why people so often strenuously object to “efficient” policies requiring government coercion to enforce supposed mutual benefits over harmed individuals’ objections, breaking the correspondence between alleged efficiency and the well-being of those affected. And the same story plays out in a vast array of policies that impose taxes or regulatory burdens on one group to supposedly offer greater benefits to others.

If an allegedly efficient policy does not mean Eve is better off, why should she care about efficiency claims? Those in her position (which all of us are all too frequently placed in) learn to ignore efficiency pronouncements as irrelevant to the real question of “Am I helped or hurt?” People become trained to think that if they are helped (their benefits exceed their costs), it doesn’t matter if it involves means economists term inefficient. If they are hurt (their costs exceed their benefits), it doesn’t matter if economists term it efficient. In contrast, market exchanges, by their nature, are restricted to those the parties involved agree are efficient.

The generally unmentioned gap between the “potential compensation” efficiency standard typically applied and the “everyone benefits” explanation of efficiency has supported multitudes of government programs that hurt some for others’ benefit. Consequently, efficiency claims must be carefully evaluated before giving them credence. And certain red flags indicate when distrust is particularly justified.

If those who know the relevant circumstances and tradeoffs continue doing something, they must believe it is efficient for them. So when ongoing choices are overturned by government, it is prima facie evidence that inefficiency will be created and some will be harmed. Furthermore, when efficiency language is used to justify transferring decision-making over a person’s property to someone else, making the beneficiary the effective owner without paying for the privilege, the issue is not really efficiency.

Unfortunately, myriads of government interventions supposedly justified by efficiency impose harm on individuals who have not harmed others, despite claims of advancing the “general welfare.” And special treatment of political friends is the usual uneven-handed motivation for such camouflaged costs. As a result, the word efficiency as used by government has been demoted from a useful analytical term to little more than another warning to watch your wallet.