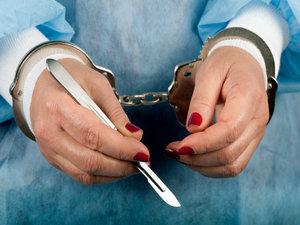 For the last five years, attempts to reform America’s health care system have focused primarily on the demand side of the market, and specifically on the market for insurance. Yet, these reforms have not achieved significant improvements in health care outcomes, nor reductions in cost. As health care specialist John C. Goodman has pointed out in Forbes, the slowed growth of health care spending in the United States is a trend that correlates most closely with supply side reforms such as the availability of health savings accounts. Reductions in spending or costs are certainly not an effect of the Affordable Care Act.

One of the most critical supply side issues in health care is the supply of qualified doctors. The Wall Street Journal has reported that the number of doctors per capita is in decline for the first time in two generations, and the American Association of Medical Colleges has predicted a shortage of 45,000 primary care physicians and 46,000 specialists by 2020.

In light of these statistics, it would seem prudent to adopt policies that streamline entry into the health care market, while keeping regulatory costs to a minimum. Regrettably, this is far from the case, with states erecting numerous barriers to would-be health care providers that contribute to the high prices and limited access currently set to cripple the American market. While some of these are familiar and even seem natural to most people, some of the ways in which governments act to restrict doctor supply will come as a surprise to many.

We are generally brought up to believe that monopolies are bad. The very word conjures up images of tight-fisted tycoons in top hats and monocles squeezing employees and consumers alike for all they are worth. While natural monopolies resulting from superior business models get an unfairly bad rap, people’s capacity for critical thought seems to inexplicably switch off when confronted with those monopolies which are created and supported by government.

The case of health care regulations is an interesting one, as state governments have empowered private medical boards with unilateral authority to set the rules for the medical profession, including the issuing and revoking of medical licenses. These boards effectively function like government regulatory agencies, with the important difference that they lack the opportunity for public comments, and thus are immune from any political pressure from citizens.

If the EPA or the IRS implements a regulation that the public doesn’t like, there is a political process by which they can voice their discontent and theoretically make an impact on the decision. In fact, this happens rather frequently, and although there is still too little accountability for regulatory czars, at least the opportunity exists for political action.

With state medical boards, no such process exists, and there is little transparency in the rule-making process that determines how doctors must operate. If a particular regulation is harmful, doctors and patients have no real alternative other than moving to a different state with different requirements, an impractical solution to say the least.

The fact that these medical boards are private rather than public entities is supposed to make us feel more free, but in fact, most members of these boards are appointed by state governors. When state laws forbid competition among regulators, and signal that the government will regard as binding anything the medical board decides to do, the distinction between public and private becomes meaningless.

For example, the California Business and Professions Code (Section 2220.5) states that “The Medical Board of California is the only licensing board that is authorized to investigate or commence disciplinary actions relating to physicians or surgeons” and charges the board with investigating any and all complaints from the public, other doctors, or health care facilities, or from the board itself. Although the board is technically private, the government sanctioned monopoly on enforcement stands as a barrier to entrants of the medical profession, who are forced to comply with a monolithic set of “take ‘em or leave ‘em rules,” with which they have no choice but to comply, or risk being barred from practicing their trade.

Nurse practitioners represent a less expensive alternative to fully licensed doctors for patients with minor, day-to-day complaints. Frequently operating out of walk-in clinics or pharmacies, these health care providers offer convenience, competition, and innovation in a market in desperate need of all three. In response to the Affordable Care Act, many states have been loosening regulations on nurse practitioners, which is a step in the right direction, but more needs to be done if we are to truly encourage competition and increase supply.

Midwives, physicians’ assistants, and other alternative practitioners also have a key role to play in medical care, and should be permitted to practice without physician supervision. Midwifery in particular was once a vibrant industry, that has since been crippled by costly regulations.

Retail clinics, pharmacies, and even supermarkets are capable of offering routine medical services to patients with a convenience and regularity impossible in traditional physicians’ offices. Unfortunately, the American Medical Association (AMA) has aggressively lobbied against the availability of this type of facility.

In this, the AMA has been mostly successful. While pharmacists are permitted to administer injections to patients in Louisiana, the vast majority of states still have strict prohibitions on this sort of thing. Still, where retail clinics are permitted to operate, the effects have been dramatic. Wal-Mart has recently begun opening a series of in store clinics in a handful of states. The big-box store is boasting charges of just $40 for an office visit, about half of the industry standard, and has expanded its services to treat chronic conditions as well as the acute complaints in which most retail clinics have exclusively specialized. Additionally, the company has driven the cost of generic prescription drugs down to just $4.

Wal-Mart is leading the way in this area, by offering primary care services in fairly rural locations, where access to quality medical care can be particularly problematic. Retail clinics simply offer another option to patients, and restricting those options will always result in higher costs. Wal-Mart’s efforts offer only a glimpse at the potential for cheaper, more available medical care if states would relax their restrictions on retail clinics.

Every student wishing to practice medicine must pass the United States Medical License Examination, and all states impose additional requirements from state licensing boards. These are frequently lengthy and expensive procedures. Medical organizations such as the AMA have an incentive to limit the number of licensed doctors practicing in the marketplace, in order to protect high wages for established incumbents.

Just as the system of taxi medallions has long hindered the transportation industry, burdensome licensing requirements are still another barrier standing in the way of expanding the doctor supply.

There is an argument to be made that stricter licensing requirements result in higher quality doctors. Whether or not this is true is debatable, depending on which studies you read, but regardless of what the answer is, there is no reason not to allow various gradations of quality in the health care market. A system, or multiple systems, of voluntary certification instead of, or in addition to, traditional licensing would offer consumers a broad array of services with corresponding differences in price.

In virtually every other market, from food, to clothing, shelter, to transportation, consumers are permitted to select a level of quality appropriate for their budget constraints. If every car was mandated to be of Cadillac quality, a lot fewer people would have the means to drive. The availability of beat up old jalopies allows consumers to trade quality for affordability and expands access to transportation for everyone. There is no reason why medical access shouldn’t work the same way.

Many nations other than the United States turn out qualified physicians, but American Licensing Boards do not fully recognize the credentials of doctors immigrating from abroad. This means that a fully capable physician from the United Kingdom or Germany will still have to serve a four year residency and go through the onerous licensing procedures.

About 15 percent of residency positions go to foreign medical graduates. If there were an alternative method of recognizing existing credentials, these slots could be filled by domestic medical students, resulting in more practicing doctors.

The Length of Schooling and the Small Number of Medical Schools

There are currently only 129 accredited medical schools in the United States, too few to turn out enough doctors to meet the demand. In order to gain accreditation, a school must undergo an eight-year process overseen by the U.S. Department of Education.

The number of residency positions available is only 110,000, a number which is determined by the way Congress chooses to fund Medicare. But directly tying the number of available residencies to Medicare funding ignores the economic realities of the health care market, and fails to provide any measure of adaptability to changing conditions.

The deficit of residency slots also contributes to the length of time it takes to become a doctor. It can take as many as ten years from the time someone begins studying medicine to when they are allowed to practice. The result of this is a remarkable lack of flexibility for the health care market to adapt to changes in demand.

All of these supply side restrictions make it more difficult for the labor market for medical providers to respond to consumers’ needs. When a change in demographics occurs, such as the Baby Boomer generation entering retirement, or when legal reforms such as the Affordable Care Act alter incentives, it can take decades for supply to catch up to demand.

By reducing the regulatory burden on physicians, providing more competition among medical boards, and permitting more autonomy for alternative practitioners, patients could see both relief from the coming doctor shortage, as well as lower prices across the board for medical care.