How Free Is the "Free Market"? | Mises Institute
Skip to main content

GET NEWS AND ARTICLES IN YOUR INBOXPrint
A
A
Home | Mises Library | How Free Is the "Free Market"?

How Free Is the "Free Market"? 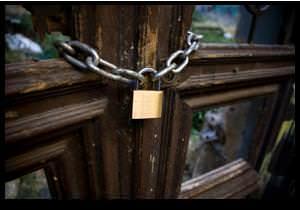 See if you can spot anything wrong with the following claim, a version of which seems to appear in a book, magazine, or newspaper every few weeks for as long as I've been reading public commentary on economic matters:

The dominant idea guiding economic policy in the United States and much of the globe has been that the market is unfailingly wise…. But lately, a striking unease with market forces has entered the conversation. The world confronts problems of staggering complexity and consequence, from a shortage of credit following the mortgage meltdown, to the threat of global warming. Regulation … is suddenly being demanded from unexpected places.

Now, a paragraph like this one printed in the New York Times opinion section on December 30, 2007 — an article called "The Free Market: A False Idol After All?" — makes anyone versed in economic history crazy with frustration. Just about every word is misleading in several ways, and yet some version of this scenario appears as the basis of vast amounts of punditry.

Until now we've lived in a world of laissez-faire capitalism, with government and policy intellectuals convinced that the market should rule no matter what. Recent events, however, have underscored the limitations of this dog-eat-dog system, and reveal that simplistic ideology is no match for a complex world. Therefore, government, responding to public demand that something be done, has cautiously decided to reign in greed, force us all to grow up, and see the need for a mixed economy.

All three claims are wrong. We live in the 100th year of a heavily regulated economy; and even 50 years before that, the government was strongly involved in regulating trade.

The planning apparatus established for World War I set wages and prices, monopolized monetary policy in the Federal Reserve, presumed first ownership over all earnings through the income tax, presumed to know how vertically and horizontally integrated businesses ought to be, and prohibited the creation of intergenerational dynasties through the death tax.

That planning apparatus did not disappear but lay dormant temporarily, awaiting FDR, who turned that machinery to all-around planning during the 1930s, the upshot of which was to delay recovery from the 1929 crash until after the war.

Just how draconian the intervention is ebbs and flows from decade to decade, but the reality of the long-term trend is undeniable: more taxes, more regulation, more bureaucracies, more regimentation, more public ownership, and ever less autonomy for private decision-making. The federal budget is nearly $3 trillion per year, which is three times what it was in Reagan's second term. Just since Bush has been in office, federal intervention in every area of our lives has exploded, from the nationalization of airline security to the heavy regulation of the medical sector to the centralized control of education.

So, the first assumption that we live in a free-market world is simply not true. In fact, it is sheer fantasy. How is it that journalists can continually get away with asserting that the fantasy is true? How can informed writers continue to fob off on us the idea that we live in a laissez-faire world that can only be improved by just a bit of public tinkering?

The reason is that most of our daily experience in life is not with the Department of Labor or Interior or Education or Justice. It is with Home Depot, McDonald's, Kroger, and Pizza Hut. Our lives are spent dealing with the commercial sector mostly, because it is visible and accessible, whereas the depredations of the state are mostly abstract, and its destructive effects mostly unseen. We don't see the inventions left on the shelf, the products not imported due to quotas, the people not working because of minimum wage laws, etc.

Because of this, we are tempted to believe the unbelievable, namely that government serves the function only of a night watchman. And only by believing in such a fantasy can we possibly believe the second assumption, which is that the problems of our society are due the to the market economy, not to the government that has intervened in the market economy.

Consider the housing crisis. The money machine called the Federal Reserve cranks out the credit as a subsidy to the banking business, the bond dealers, and the big-spending politicians who would prefer to borrow than tax. It is this alchemic temple that distorts the reality that credit must be rationed in a way that accords with economic reality.

The Federal Reserve embarked on a wild credit ride in the late 1990s that has dumped some $4 trillion in new money via the credit markets, making expansion of the loan sector both inevitable and unsustainable. At the same time, the federal bureaus that manage and guarantee the bulk of mortgages have ballooned beyond belief. The popularity of subprime mortgages are the tip of a massive but buried debt mountain — all in the name of achieving the "American dream" of home ownership through massive government intervention.

Say what you want to about this system, but it is not the free market at work. Indeed, the very existence of central banking is contrary to the capitalist ideal, in which money would be no different from any other good: produced and supplied by the market in accord with the moral law against theft and fraud. For the government to authorize a counterfeiter-in-chief is a direct attack on the sound money system of a market economy.

Let's move to the third assumption that government intervention can solve social and economic problems, with global warming at the top of the heap. Let's say that we remain agnostic on the question of whether there is global warming and what the cause really is (there is no settled answer to either issue, despite what you hear). The very idea that putting the government in charge of changing the weather of the next 100 years is another notion from fantasy land.

The point about complexity counts against government intervention, not for it. The major contribution of F.A. Hayek to social theory is to point out that the social order — which extends to the whole of the world — is far too complicated to be managed by bureaus, but rather depends on the decentralized knowledge and decisions of billions of market actors. In other words, he gave new credibility to the insight of the classical liberals that the social order is self-managing and can only be distorted by attempts to centrally plan. Planning, ironically, leads to social chaos.

You don't have to be a social scientist to understand this. Anyone who has experience with public-sector bureaucracies knows that they cannot do anything as well as markets, and however imperfect free markets are, they are vastly more efficient and humane in the long run than the public sector. That is because free markets trust the idea of freedom generally, whereas other systems imagine that the men in charge are as omniscient as gods.

In one respect, the New York Times is right: there is always a demand for economic intervention. The government never minds having more power, and is always prepared to paper over the problems it creates. An economy not bludgeoned by powerful elites is the ideal we should seek, even if it has a name that is wildly unpopular: capitalism.