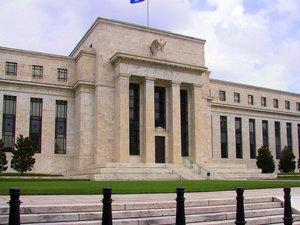 We are told that elections are important, but the most powerful state institution, the central bank, is totally out of reach of the voter.

Ludwig von Mises viewed democracy as a utilitarian concept. It was the form of political organization that allowed the majority to change the government without violent revolution. In Socialism, Mises writes “This it achieves by making the organs of the state legally dependent on the will of the majority of the moment.” He identified this form of political process as an essential enabler of capitalism and market exchange.

Mises extended this concept of utilitarian democracy to citizens’ control of the budget of the state, which they achieve by voting for the level of taxation that they deem to be appropriate.  Otherwise, “if it is unnecessary to adjust the amount of expenditure to the means available, there is no limit to the spending of the great god State.” (Planning for Freedom, p. 90).

Today, this utilitarian function of democracy, and the concept of citizens’ limitations on government mission and government spending, has been taken away by the state via the creation and subsequent actions of central banks. The state carefully created a central bank that is independent of the voters and unaffected by the choices citizens express via the institutions of democracy. In the case of the US Federal Reserve, for example, the Board of Governors state that the Federal Reserve System "is considered an independent central bank because its monetary policy decisions do not have to be approved by the President or anyone else in the executive or legislative branches of government, it does not receive funding appropriated by the Congress, and the terms of the members of the Board of Governors span multiple presidential and congressional terms."

Independent from Voters, But Not from Politicians

This institutionally independent, but politically directed central bank spearheads a process that enables largely unlimited government spending. It expands credit and enables fiat money, which is produced without practical limitation. Fiat money enables government to issue debt, which, at least so far, also has been pursued without restraint. The unlimited government debt enables unrestrained growth in government spending. The citizenry has no power to change this through any voting mechanism.

Thus, the state is set free from having to collect tax revenue before it can spend, and as Mises explained, in such a case, there is no limitation on government at all:

The government has but one source of revenue — taxes. No taxation is legal without parliamentary consent. But if the government has other sources of income it can free itself from this control.

In other words, when faced with the possibility of voter reprisals, members of Congress are reluctant to raise taxes. But if government spending no longer necessitates taxes, government becomes much more free to spend.

Has The Central Bank Limited Itself?

In the one hundred years since the creation of the Federal Reserve in 1913, US federal government spending has grown from $15.9 billion to a budgeted $3,778 billion in 2014 (a number we now refer to as $3.8 trillion to make the numerator seem less egregious). Spending as a percentage of GDP has advanced from 7.5 percent to 41.6 percent over the same period. A comparison of regulation growth is more difficult, but over 80,000 pages are published in the Federal Register annually today, versus less than 5,000 annually in 1936.

The evidence, therefore, is that voting makes no difference to this lava flow of spending and regulation. Whatever the will of the majority of the moment, government spending and government power will continue to expand, with consequent reduction in the economic growth that is the primary goal of the society that is being governed.

John Locke opined that, when governments “act contrary to the end for which they were constituted,” they are at a “state of war” with the citizens, and resistance is lawful. (Two Treatises of Government, p. 74). The theory and practice of unhampered markets and individual liberty are particularly relevant at election time.