How to Deal with a Threatening Island 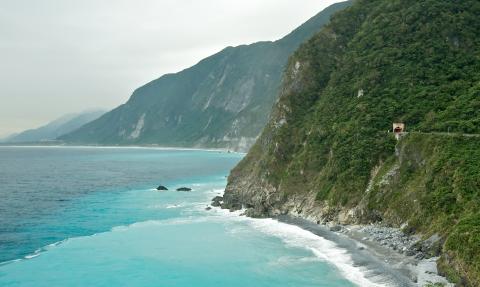 Cuba and Taiwan, a world apart but both on the 23rd parallel, are thorns in the side of the mainland behemoth off whose southeastern coast each lies. Like the behemoths themselves, the islands have much in common, and great differences.

The situation each presents today speaks volumes about the temper and nature of its dominant neighbor's government, and not merely in contrast to each other. Their histories have many parallels and, if the United States does not abandon its vain, mean-spirited embargo policy of the past 45 years against Cuba, the future may hold yet more parallels very inimical to the interests of the United States and perhaps of peace itself.

Many of the things that happened in and to the islands before 1949 were similar, although most of the actors understandably were different ones. The timings of the similar events, on the other hand, exhibit an odd, and evidently coincidental, tandem relationship.

How much the new Cuban government was subject to American influence may be judged by contemplation of Cuba's Capitolio Nacional that still dominates the heart of Havana. It is a close copy of the US Capitol in Washington. For decades before and after the Capitolio's construction in 1929, the Cuban peso was maintained at a one-to-one exchange rate with the US dollar.

The major divergence in the islands' fates began in 1949 when the government of China was overthrown by Mao Zhedong's Communist movement. The now-former “Nationalist” government retreated to the only territory it held that it could defend against the Communists: Taiwan, ushering in the era of the “Two Chinas.”

Taiwan defended against the possibility of a Communist conquest of the island largely with American equipment and material, initially stocks that had been given to the Nationalist government on the mainland and eventually over time with stocks given to the Chinese regime in Taiwan. Taiwan became a client of the United States and over time developed, as did South Korea and Japan, vigorous economies based on capitalist principles.

The tandem development in Cuba occurred around 1960 when Fidel Castro, leader of a popular regime that had just overthrown the American-influenced government of Cuba, enlisted the very ready aid of the US's global archenemy, the Soviet Union, to supplant the American dominance in Cuba. Over its thirty years as the Soviet Union's client, Cuba's economy, like that of its mentor, declined more or less continuously, to the point where Cuba's economic statistics today place it near the bottom of the list of economies in the Western Hemisphere.

The US established an embargo against American trading with Cuban interests that endures to the present day, a vestige of the Cold War more durable even than the Berlin Wall. On the island, this embargo is blamed for Cuba's economic decline while in the US and in many quarters not involved in the matter, the embargo is blamed for providing much of the propagandistic base on which the remarkable longevity of the Castro regime rests. Over the period, over a million Cubans emigrated, almost all of them to the US.

While at the time, Communist China would have been very happy to have assumed the role of patron in Cuba, China's military and economic power at the time had nowhere near the global reach of the Soviet Union's. At this point, a certain symmetry arose in the islands' situations, in which each was the client of a large, distant, hostile power whose political and economic ideologies were opposed in almost every way to those on the nearby mainland. But it was not a true symmetry, in that three powers (the US, the USSR, and China) were involved, not two.

Then, in the 1980s, began changes in the two Communist powers that gradually tilted fortunes between them, and in the positions of the island antagonist/clients. In China, the rise in 1981 of Deng Xiaoping to power in the government heralded experimentation on an ever-accelerating scale with liberalizations of economic regulation that may very broadly be described as partial capitalism. By 1989, growth of the Chinese economy was already very evident, and it continued to accelerate to the present day, in which China has become one of the large economies of the world.

In the Soviet Union, Mikhail Gorbachev's glasnost led in 1989 to a “collapse” of the Soviet Union, after which the Communist Party was peacefully deprived of control of the government, satellite states such as the Ukraine attained sovereignty and left the defunct Soviet Union, and the core state resumed its traditional name of Russia. Among the clients shed by the former Soviet Union was Cuba, which until that time had enjoyed sales of sugar and other commodities to the Soviet Union at what amounted to heavily subsidized prices. Cuba became an orphan, protected from invasion from the United States by little more than world opinion.

Cuba, free to trade with all the world except the United States, had little to offer for export besides sugar, for which the world price was chronically depressed by the subsidies of other governments to sugar growers outside Cuba. The US's sugar-quota system, which raises sugar prices inside the US, necessarily includes import quotas that of course exclude Cuba altogether, and largely deny US demand to sugar growers in the rest of the world, further depressing the world price.

Hobbled by a collectivized economy no more resilient than that of its former mentor, Cuba could neither develop new industries nor even maintain the one export industry it had as machinery wore out and infrastructure in general deteriorated.

America's 45-year-old embargo on trade with and travel to Cuba amounts to a filthy bandage kept tightly closed over a suppurating wound that accumulates infection that will sooner or later spill out and infect the United States and many other countries in the area. China's treatment of Taiwan—and Taiwan's of China—whether calculated or merely expedient, has been notably different.

While few people wished to move from Taiwan to the communist mainland, Taiwan eventually displayed one of the key attributes of a maturely prosperous economy: sufficient capital to seek higher returns than those to be had on the resource-poor island, on which wages had nonetheless risen in classic fashion, hand-in-hand with increasing concentrations of capital and productivity. And with the timely liberalization of economic policies in the coastal zones immediately across the straits from the capitalist island, a place with almost unlimited opportunity for Taiwanese capital and Chinese-speaking managerial know-how beckoned irresistibly.

China permitted travel to and from Taiwan, at least for Taiwanese, and just as important, investment. Perhaps the pace and scope of Chinese economic liberalization was accelerated by investment from Taiwan. Maybe, at least in commercial spheres, Taiwanese influence is strong in parts of China. But it has been beneficial for the great masses of Chinese beyond the slightest doubt. And it has been good for the Taiwanese as well. That this could have happened even while China vociferously maintains its claim to sovereignty over Taiwan (while Taiwan's former claims to sovereignty over China have faded away to the occasionally gingerly intimation that Taiwan should remain independent) is one of the great good fortunes to grace the last quarter of the Twentieth Century.

Cuba, for its part, permits travel to and from Cuba for the capitalists across the Florida Straits in the United States, and it would presumably permit investment on terms more or less like those on which various other capitalist powers, notably Spain, have been permitted to invest since the Soviet pullout in 1990. But the US doesn't allow such investments, and has even displayed the audacity to assert claims against companies in third countries that acquire or deal in assets claimed by Cubans who took refuge in America as long as 45 years ago.

Some of this difference might be attributed to the role-reversal to be seen in the west vis-à-vis the east. In the east, it is the island that is rich and the looming mainland that beckons capital so strongly. In the west, it is the mainland that is rich and the island that because of its collectivist regime makes Cuba far less-attractive than any similar-sized island with such rich natural and human resources would be with better protections for property. For all its historic influence over Cuba's government and economy, the US has not asserted any claim of sovereignty over Cuba in almost a century. And no Cuban regime ever claimed sovereignty over the United States, either.

But the chief support for the embargo today arises from an ever-shrinking segment of the 1 million or so Americans with family ties to Cuba—less than one percent of the US population. A recent survey of Americans disclosed that over 53 percent of Americans wish the embargo lifted in the long and total absence of any sort of potential military threat from Cuba. That such a tiny minority in the US electorate can so long perpetuate such a wanton and anachronistic misuse of American power is a telling rebuke to those many Americans who chide such governments as China's and Cuba's for enforcing policies that are not desired by their populaces.

But as the Chinese economy grows, China, in common with all populous, economically powerful nations in history, will more and more flex its growing muscles on the world geopolitical stage. And its government will never forget how the United States in the Fifties and Sixties propped up the old Nationalist regime in Taiwan at a time when it would otherwise be weak and subject to disposition at the will of the Communists just as it was on the mainland.

Cuba needs a sponsor—an economic one first and foremost, and after that, a military one, just like the Soviet Union used to be. Like international entrepreneurs everywhere, young Cuban managers now travel to Shanghai and other commercial centers in China. The president of China, Hu Jintao, visited Cuba in 2004 even while Chinese cargo vessels unloaded in Cuban ports under the watchful eye of American satellites, which for all their acuity, cannot see inside crates and containers.

How much longer must the United States continue its futile and ossified policy of frustrating the very sort of trade that made it the wonder and envy of the world? China turned the threat of a truculent Taiwan into a blessing and a source of its own strength through economic openness, to the benefit of the people of both places. But giving the US a dose of its own Taiwanese medicine would be irresistibly sweet to the young colossus, and just deserts as well in the eyes of much of world opinion.

All because the United States, champion of free markets to the end of the Twentieth Century, let China beat it at its own game.