How Amazon Survives the State 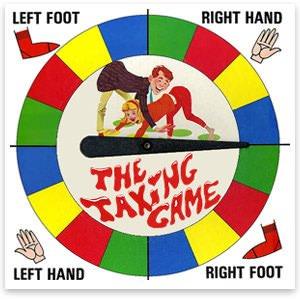 Here's a snapshot from the American landscape of convoluted crony capitalism: starting this September, if a man in Los Angeles buys a book from Amazon.com, the local sales tax he pays could go to the city of San Bernardino, which will then give 80 percent of the tax money back to Amazon itself.

Such roundabout arrangements of redistributive robbery are in fact an unavoidable consequence of the doctrine Mises called "interventionism." Nowadays, it is more often called "economic development," but it still means the same thing: government manipulations with the stated goal of improving on the free market.

And a huge amount of everyday market activity now consists of finding ways to survive and circumvent the state.

Last year, Amazon and the California government struggled over whether or not the company would be forced to collect sales taxes from Californian customers. Amazon eventually struck a deal with California: the state would hold off on collecting the taxes until September 2012, and the company would, in a nod to the state's plans for "economic development," place two warehouses there and thus create a few thousand jobs.

In a truly free market, Amazon would place warehouses wherever it expected to best please consumers: somewhere with cheap land and labor so that prices could remain low, but still close to consumers' homes so that delivery could be fast.

The tradeoff between those two would depend on Amazon's business strategy: does it promise low prices or quick delivery? And the success or failure of that strategy would depend on consumers' desires.

But until recently, tax law effectively prevented Amazon from putting any warehouses in California: as long as Amazon had no physical presence, or "nexus," in the state, it was able to avoid being forced to collect sales taxes from Californian customers.

In truth, Amazon did have several affiliates in California, and even, according to California Independent Booksellers lobbyist Lenny Goldberg, a few offices under subsidiaries wholly owned by Amazon.[1] But the online giant was able, through various legal technicalities (and no doubt a massive expenditure of lawyers' fees), to stave off the "nexus" determination, and thus tax collection, for several years.

In September 2011, it became clear that California would find a way to tax Amazon sales, and the company relented in its legal fight.

Now the state's agreement with Amazon obligates the company to place warehouses there.

Indeed, the machinations of governments even shape where in California the warehouses will be placed. Desperate for jobs and a share of the tax loot, the government of the small city of San Bernardino has enticed Amazon to place a warehouse there by offering to rebate it up to 80 percent of the local sales taxes that Amazon is now forced to charge.

According to California law, the local portion of the sales tax (about 1 percent of every purchase) does not have to go to the particular city in which an online customer lives. Instead, the company can legally deem each sale to have occurred at some location, like a warehouse, that "participated in the negotiation" of the sale, according to tax consultant Susan Russell.[2] So all the local sales taxes from purchases in Los Angeles, for instance, could end up in San Bernardino, and then most of that money will be kicked back to the company itself.

The California Chamber of Commerce is very pleased about the state's rapprochement with Amazon, saying that it "provides additional revenue for essential services and, in the long term, will create thousands of new jobs for California."

In fact, although this deal might well be to the benefit of the government of California or even the people of San Bernardino, they are gaining only by extracting wealth from other people in the state. And the jobs appearing in San Bernardino are just the shadow of the jobs destroyed by taxation.[3]

Meanwhile, Amazon is busy figuring out how to avoid tax burdens or reap tax gains instead of just delivering goods that customers want.

As Mises demonstrated, for all economic restrictions, "The result is always the same: a given expenditure of capital and labor yields less with the restriction than without it."

Humans in the global market would be better off if California and San Bernardino had just let things be instead of trying to collect tax dollars and create subsidized jobs.

But Amazon itself can hardly be blamed for trying to game the system. Libertarian CPA Karen De Coster pointed out to me that

The problem is, with the massive US regulatory state strangling entrepreneurs and business, and squeezing profits, companies are scrambling to survive and remain profitable. Companies like Amazon are forced to redirect their resources from useful endeavors directly related to serving the customer and retaining profitability to complying with and serving the regulatory-corporate state.[4]

In fact, part of Amazon's success up until now has been its ability to help consumers evade taxation and thus engage in much more free exchange than was possible at brick-and-mortar stores.

States are monopolies of force within a given territory. And their laws and enforcement arms are designed to extract taxes inside that area. For a time, sales in cyberspace have allowed consumers and producers to bypass this predation.

But Walmart and other big-box stores (who have a clear, taxable, physical presence in every state) are threatened by the competition from tax-free online retailers. So they have led the charge for a federal law to compel Internet retailers to determine what state each customer lives in and collect taxes accordingly. Amazon has essentially conceded the field, and now formally supports the measure.

If a law mandating destination-based taxation is eventually passed, then consumers may begin spending time and money to manipulate their delivery destinations. So long as Amazon has to deliver to your house, of course, this is difficult to do. But if your purchase is electronic — a movie or an ebook — it will be a lot easier to put down an address in a state with a lower sales-tax rate.

For physical goods, Amazon's new program of delivery lockers now also makes it easier to receive a physical purchase somewhere other than your house. These lockers have been showing up as a pilot program in Seattle, New York, Northern Virginia, and London, England. When you buy an item on Amazon.com, you can select a nearby locker to direct the package to; and when it arrives, Amazon sends you the key code so you can drive over and retrieve it.

If you live near the border of two jurisdictions, it may soon be easy enough to direct your purchases to a locker on the side where the tax grass is greener.

Taxes and interventions can only harm the free market. But even in a world of confiscatory taxation and convoluted rules, capitalism finds ways to get goods cheaply to the people who want them. Companies like Amazon make a virtue of state-mandated necessities and make profits any way they can.

Would online retailers, electronic goods, or delivery lockers be successful in a world without the state — where consumers had no need to dodge the taxman and companies had no need to put mandated warehouses in certain cities? We have no way of knowing.

But in our world, these intricate evasive maneuvers help us to maintain and enhance our wealth and freedom in the face of state predation.

Real-world commerce is shaped to help us survive the state. As Mises says, "The consumer still gets his milk only because the regulations are circumvented."