GET NEWS AND ARTICLES IN YOUR INBOXPrint
A
A
Home | Mises Library | Hooray, the Recession Is Over!

Hooray, the Recession Is Over! 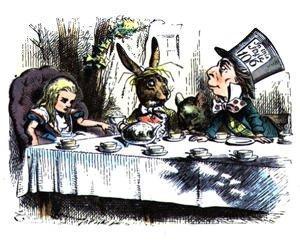 Some days, it's embarrassing to be a professional economist. On Monday, the National Bureau of Economic Research (NBER) officially declared that our recession had ended — 15 months ago. Yes, that's right, just as more and more analysts are worried about the economy imploding again, the NBER announces that the recession ended back in June 2009. The whole episode underscores the crudity of mainstream economics.

To be fair, let's quote from the actual statement:

CAMBRIDGE, September 20, 2010 — The Business Cycle Dating Committee of the National Bureau of Economic Research met yesterday by conference call. At its meeting, the committee determined that a trough in business activity occurred in the U.S. economy in June 2009. The trough marks the end of the recession that began in December 2007 and the beginning of an expansion. The recession lasted 18 months, which makes it the longest of any recession since World War II. …

In determining that a trough occurred in June 2009, the committee did not conclude that economic conditions since that month have been favorable or that the economy has returned to operating at normal capacity. Rather, the committee determined only that the recession ended and a recovery began in that month. …

The committee decided that any future downturn of the economy would be a new recession and not a continuation of the recession that began in December 2007. The basis for this decision was the length and strength of the recovery to date.

If nothing else, the NBER's announcement should give serious pause to those who chastise the Austrians for their "unscientific" approach to economics. Ludwig von Mises famously argued that the economist should proceed by logical deduction, rather than by aping the method of the physicists.

Naturally, many mainstream economists mocked Mises for these ostensibly Neanderthal views; Paul Samuelson wrote, "I tremble for the reputation of my subject." It's funny, because I have a similar reaction to the opinion from our macroeconomic wizards at the NBER.

Just stop and think about what has happened: According to the NBER, the US economy went through a severe recession from December 2007 to June 2009. Now it took the NBER until December 1, 2008 to announce that the economy was in a recession — a full year after it began (according to the same NBER). And then, with this week's announcement, the NBER announced that the economy had exited the recession, a full 15 months after the fact.

The NBER Business Cycle Dating Committee is composed of some pretty prestigious names (see the list at the bottom of this article). I certainly am not suggesting that these guys are a bunch of idiots.

Rather, I am pointing out the virtual uselessness of the empirical approach when it comes to "fine-tuning" the macroeconomy. Even if we had reason to believe that government policies could overcome the failings of the free market, such interventions would be as hopeless as those of an Earth surgeon operating on a Martian patient with a remote-controlled scalpel. The information lag would be enormous.

Besides the Lags, the Definitions Are Crazy

The problem isn't simply one of delayed information. The very approach of mainstream macroeconomics — with its focus on aggregates such as "Gross Domestic Product" and "Gross Domestic Income" — is misguided, and tends to support the same interventionist policies that prolong crises.

For example, most readers probably think that the US economy was in one heck of a funk throughout the 1930s. After all, people refer to this period as "the Great Depression." And sure enough, from 1931 to 1940, the official annual unemployment rate never dropped below 14.3 percent. So the average American would no doubt have felt as if the economy were really awful for this entire period.

And yet, if you go to the NBER's chronology of business cycles, you'll see that "the Great Depression" is apparently a misnomer. There was a recession from August, 1929 through March, 1933, and then another (short) one from May, 1937 through June, 1938.

In particular, the NBER says the US economy was in a recovery from March, 1933 through May, 1937, even though the annual unemployment rates for the intervening three years were 21.7 percent, 20.1 percent, and 17.0 percent. That's a rather anemic recovery, wouldn't you say?

Let's say you are running and then break a leg. You have to crawl now, but you develop that skill and are able to get from here to there. Are you in recovery from the accident? According to the NBER, yes — so long as you are crawling faster than when you first hit the ground in agony.

The problem isn't simply one of technical economic definitions differing from those of the layperson. No, the problem is that the reliance on (fairly ambiguous) aggregates gives false credit to harmful policies. For example, what happened in March, 1933 that "ended" the awful recession under Herbert Hoover? Why, that was the exact month that FDR was inaugurated.

Among other things, when FDR came into office he immediately declared a "bank holiday" and — oh yes — seized everybody's gold. By taking the United States off the gold standard, he gave the Fed the green light to deliver a quick burst of monetary inflation followed by a more general expansion:

Of course, there are plenty of macroeconomists who think that FDR's new policies really did fix the economy, and that it was only Fed tightness (combined with FDR's misguided attempts at budget austerity) that led to a relapse in 1937.

I have dealt with such empirical claims here. In the present article, I just want to point out that the NBER's techniques implicitly justify big government. For example, suppose the Austrians are right, and that the Fed's massive interventions — coupled with the federal government's absurd "stimulus" programs and other power grabs — at best will postpone the economic correction, and in fact they will make the crash that much worse.

Well, according to the way the NBER works, nobody would ever know this. Instead, "history" will record that Bernanke and Obama did indeed manage to end the awful Great Recession — specifically, in June of 2009 — but then something else came along and inexplicably wrecked things. Maybe Christine O'Donnell.

Worse yet, the NBER's approach justifies massive central-bank and government interventions into the economy. The "scientific" approach to macroeconomics will never yield positive results unless the diagnostic technique takes some lessons from Austrian economics.