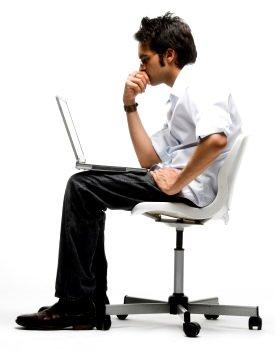 In the late 1960s and early 1970s, the modern home education movement was in its infancy. At that time, most Americans viewed home-styled education as a quaint tourist attraction or the lifestyle choice of those willing to endure more hardship than necessary.

What a difference a few decades makes.

Homeschooling has undergone an extreme makeover. From maverick to mainstream, the movement has acquired a glamorous, populist sheen.

Flip through a few issues of Sports Illustrated, circa 2007, and there's no shortage of news about photogenic homeschoolers who make the athletic cut. Like Jessica Long who was born in Russia, resides in Baltimore, and is an accomplished swimmer. At 15, Jessica became the first paralympian to win the prestigious Sullivan Award, which honors the country's top amateur athlete. Then there's the dashing Joey Logano who, at 17, has already won a NASCAR race.

Even presidential hopefuls and their spouses have jumped on the school-thine-own bandwagon. Congressman Ron Paul (R-Texas) has offered enthusiastic support for homeschooling families, and Elizabeth Edwards, wife of Senator John Edwards (D-North Carolina) told the Wall Street Journal that this fall she plans to home educate the couple's two youngest children "with the help of a tutor."

Then there's Micah Stanley of Minnesota who has yet to receive any lessons in a brick-and-mortar classroom building. For the past few years, he's been enrolled in the Oak Brook College of Law, a distance learning law school headquartered in Sacramento. This past February, he took the grueling, three-day California general bar examination (California allows correspondence law students to sit for the bar), and he can now add "attorney" to his resume. In his spare time, he's finishing up a book titled, How to Escape the Holding Tank: A Guide to Help You Get What You Want.

A teenage lawyer/budding author, however, wouldn't surprise John Taylor Gatto, an outspoken critic of compulsory education laws and a former New York State Teacher of the Year. Writing in Harper's Magazine, Gatto forthrightly argued that "genius is as common as dirt."

Perhaps. But it's also understandable that when everyday folks hear about the homeschooled Joeys and Caitlins and Micahs, they become a tad intimidated — as if this educational choice were the exclusive domain of obsessive-compulsive moms and dads with money to burn, time to spare, and a brood of driven, Type-A offspring.

Although it's commendable when the young achieve Herculean goals, homeschooling has always been more about freedom and personal responsibility than winning an Ivy League scholarship or playing at Wimbledon. In general, it has attracted working-class families of all ethnicities and faiths, who have been eager to provide a nurturing, stimulating learning experience.

Of course, the unabashedly adventuresome are always an endearing staple of the movement. The Burns family, of Alaska, set out on a 36-foot sailboat this summer to travel the world for three years. Chris Burns (the dad) told the Juneau Empire he hopes "to connect with Juneau classrooms and host question-and-answer sessions while at sea," as well as homeschool the two Burns children.

In a legal sense, homeschools serve as a glaring reminder of a complex issue that has become the stuff of landmark Supreme Court cases: does the state have the authority to coerce a youngster to attend school and sit at a desk for 12 years? Whether said child has the aptitude and maturity for such a long-term contract (or is it involuntary servitude?) remains an uncomfortable topic because, in the acceptable mantra of the day, "education is a right."

Such a national conversation is long overdue, as there are plenty of signs — costly remedial education and rising dropout rates, to name two — to indicate that the status quo public school model isn't kid-friendly.

Homeschooling, after all, began to catch on with the masses because a former US Department of Education employee argued that children, like delicate hothouse plants, required a certain type of environment to grow shoots and blossoms, and that loving parents, not institutions, could best create the greenhouses.

It was 1969 when the late Dr. Raymond Moore initiated an inquiry into previously neglected areas of educational research. Two of the questions that Moore and a team of like-minded colleagues set out to answer were (1) Is institutionalizing young children a sound, educational trend? and (2) What is the best timing for school entrance?

In the process of analyzing thousands of studies, twenty of which compared early school entrants with late starters, Moore concluded that developmental problems, such as hyperactivity, nearsightedness, and dyslexia, are often the result of prematurely taxing a child's nervous system and mind with continuous academic tasks, like reading and writing.

The bulk of the research convinced Moore that formal schooling should be delayed until at least age 8 or 10, or even as late as 12. As he explained, "These findings sparked our concern and convinced us to focus our investigation on two primary areas: formal learning and socializing. Eventually, this work led to an unexpected interest in homeschools."

Moore went on to write Home Grown Kids and Home-Spun Schools. The rest, as they say, is history. The books, published in the 1980s, have sold hundreds of thousands of copies and offer practical advice to potential parent educators.

Nowadays, there's a sea of such self-help material, scores of commercial products, and online opportunities solely dedicated to encouraging families to learn together in the convenience of their homes. Homeschooling has graduated into a time-tested choice that allows children to thrive, learn at their own pace, and which frequently inspires other success stories. As our nation is famous for encouraging immigrants to reinvent themselves and achieve the American Dream, so home education does for youngsters whether they are late bloomers or are candidates for Mensa.

Above all, the merit of homeschooling is that it allows for experimentation, flexibility, and trial and error. Here is the great contrast with state-provided education. As with all systems hammered out by bureaucracies, public schools get stuck in a rut, perpetuate failures, respond slowly to changing times, and resist all reforms. Errors are not localized and contained, but all consuming and system wide. It's bad enough when such a system is used to govern labor contracts or postal service; it is a tragic loss when it is used to manage kids' minds.

John Taylor Gatto, "Against School — How public education cripples our kids, and why." Harper's Magazine, September 2003.