The History of Capitalism 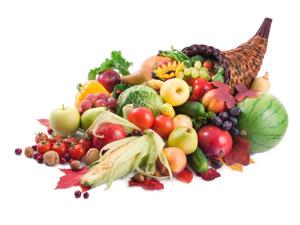 The history of capitalism as it has operated in the last two hundred years in the realm of Western civilization is the record of a steady rise in the wage earners' standard of living. The inherent mark of capitalism is that it is mass production for mass consumption directed by the most energetic and far-sighted individuals, unflaggingly aiming at improvement. Its driving force is the profit motive, the instrumentality of which forces the businessman constantly to provide the consumers with more, better, and cheaper amenities. An excess of profits over losses can appear only in a progressing economy and only to the extent to which the masses' standard of living improves. Thus capitalism is the system under which the keenest and most agile minds are driven to promote to the best of their abilities the welfare of the laggard many.

In the field of historical experience it is impossible to resort to measurement. As money is no yardstick of value and want satisfaction, it cannot be applied for comparing the standard of living of people in various periods of time. However, all historians whose judgment is not muddled by romantic prepossessions agree that the evolution of capitalism has multiplied capital equipment on a scale which far exceeded the synchronous increase in population figures. Capital equipment both per capita of the total population and per capita of those able to work is immensely larger today than fifty, a hundred, or two hundred years ago. Concomitantly there has been a tremendous increase in the quota the wage earners receive out of the total amount of commodities produced, an amount that in itself is much bigger than in the past.

The ensuing rise in the masses' standard of living is miraculous when compared with the conditions of ages gone by. In those merry old days, even the wealthiest people led an existence that must be called straightened when compared with the average standard of the American or Australian worker of our age. Capitalism, says Marx, unthinkingly repeating the fables of the eulogists of the Middle Ages, has an inevitable tendency to impoverish the workers more and more. The truth is that capitalism has poured a horn of plenty upon the masses of wage earners, who frequently did all they could to sabotage the adoption of those innovations that render their life more agreeable. How uneasy an American worker would be if he were forced to live in the manor of a medieval lord and to miss the plumbing facilities and the other gadgets he simply takes for granted!

The improvement in his material well-being has changed the worker's valuation of leisure. Better supplied with the amenities of life as he is, he sooner reaches the point at which he looks upon any further increment in the disutility of labor as an evil that is no longer outweighed by the expected further increment in labor's mediate gratification. He is eager to shorten the hours of daily work and to spare his wife and children the toil and trouble of gainful employment. It is not labor legislation and labor-union pressure that have shortened hours of work and withdrawn married women and children from the factories; it is capitalism, which has made the wage earner so prosperous that he is able to buy more leisure time for himself and his dependents. The 19th century's labor legislation by and large achieved nothing more than to provide a legal ratification for changes that the interplay of market factors had brought about previously. As far as it sometimes went ahead of industrial evolution, the quick advance in wealth soon made things right again. As far as the allegedly prolabor laws decreed measures that were not merely the ratification of changes already effected or the anticipation of changes to be expected in the immediate future, they hurt the material interests of the workers.

The term "social gains" is utterly misleading. If the law forces workers who would prefer to work 48 hours a week not to give more than 40 hours of work, or if it forces employers to incur certain expenses for the benefit of employees, it does not favor workers at the expense of employers. Whatever the provisions of a social-security law may be, their incidence ultimately burdens the employee, not the employer. They affect the amount of take-home wages; if they raise the price the employer has to pay for a unit of performance above the potential market rate, they create institutional unemployment. Social security does not enjoin upon the employers the obligation to expend more in buying labor. It imposes upon the wage earners a restriction concerning the spending of their total income. It curtails the worker's freedom to arrange his household according to his own decisions.

Whether such a system of social security is a good or a bad policy is essentially a political problem. One may try to justify it by declaring that the wage earners lack the insight and the moral strength to provide spontaneously for their own future. But then it is not easy to silence the voices of those who ask whether it is not paradoxical to entrust the nation's welfare to the decisions of voters whom the law itself considers incapable of managing their own affairs; whether it is not absurd to make those people supreme in the conduct of government who are manifestly in need of a guardian to prevent them from spending their own income foolishly. Is it reasonable to assign to wards the right to elect their guardians? It is no accident that Germany, the country that inaugurated the social-security system, was the cradle of both varieties of modern disparagement of democracy, the Marxian as well as the non-Marxian.

This article is excerpted from chapter 21 of Human Action: The Scholar's Edition and is read by Jeff Riggenbach.
Author: