Hegel and the Romantic Age 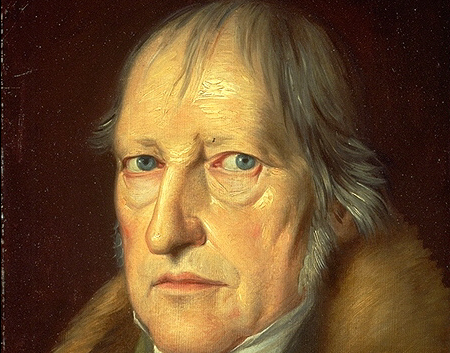 [This article is excerpted from volume 2, chapter 11 of An Austrian Perspective on the History of Economic Thought (1995).

G.W.F. Hegel, unfortunately, was not a bizarre aberrant force in European thought. He was only one, if the most influential and the most convoluted and hypertrophic, of what must be considered the dominant paradigm of his age, the celebrated Age of Romanticism. In different variants and in different ways, the Romantic writers of the first half of the 19th century, especially in Germany and Great Britain, poets and novelists as well as philosophers, were dominated by a similar creatology and eschatology. It might be termed the "alienation and return" or "reabsorption" myth. God created the universe out of imperfection and felt need, thereby tragically cutting man, the organic species, off from his (its?) pre-creation unity with God. While this transcendence, this Aufhebung, of creation has permitted God and man, or God-man, to develop their (its?) faculties and to progress, tragic alienation will continue, until that day, inevitable and determined, in which God and man will be fused into one cosmic blob. Or, rather, being pantheists as was Hegel, until man discovers that he is man-God, and the alienation of man from man, man from nature, and man from God will be ended as all is fused into one big blob, the discovery of the reality of and therefore the merger into cosmic Oneness. History, which has been predetermined toward this goal, will then come to an end. In the Romantic metaphor, man, the generic "organism" of course, not the individual, will at last "return home." History is therefore an "upward spiral" toward Man's determined destination, a return home, but on a far higher level than the original unity, or home, with God in the pre-creation epoch.

The domination of the Romantic writers by this paradigm has been expounded brilliantly by the leading literary critic of Romanticism, M.H. Abrams, who points to this leading strain in English literature stretching from Wordsworth to D.H. Lawrence. Wordsworth, Abrams emphasizes, dedicated virtually his entire output to a "heroic" or "high Romantic argument," to an attempt to counter and transcend Milton's epochal poem of an orthodox Christian view of man and God. To counter Milton's Christian view of Heaven and Hell as alternatives for individual souls, and of Jesus's Second Advent as putting an end to history and returning man to paradise, Wordsworth, in his own "argument," counterpoises his pantheist vision of the upward spiral of history into cosmic unification and man's consequent return home from alienation.1 The eventual eschaton, the Kingdom of God, is taken from its Christian placement in heaven and brought down to earth, thereby as always when the eschaton is immanentized, creating spectacularly grave ideological social, and political problems. Or, to use a concept of Abrams, the Romantic vision constituted the secularization of theology.

Greek and Roman epics, Wordsworth asserted, sang of "arms and the man," "hitherto the only Argument heroic deemed." In contrast, at the beginning of his great Paradise Lost, Milton declares,

That to the height of this great Argument
I may assert Eternal Providence
And justify the ways of God to man.

Wordsworth now proclaimed that his own Argument surpassing Milton's was instilled in him by God's "holy powers and faculties," enabling him (presaging Marx's yearnings) to create his own world, even though he realized, in an unwonted flash of realism, that "some call'd it madness." For there "passed within" him "Genius, Power, Creation, and Divinity itself." Wordsworth concluded that "This is, in truth, heroic argument," an "argument/Not less but more Heroic than the wrath/Of stern Achilles." Other Englishmen steeped in the Wordsworthian paradigm were his worshipful follower Coleridge, Shelley, Keats, and even Blake, who, however, tried to blend Christianity and pantheism.

All these writers had been steeped in Christian doctrine, from which they could spin off on their own heretical, pantheistic version of millennialism. Wordsworth himself had been trained to become an Anglican priest. Coleridge was a philosopher and a lay preacher, who had been on the edge of becoming a Unitarian minister, and was steeped in neo-Platonism and the works of Jacob Boehme, Keats was an explicit disciple of the Wordsworthian program, which he called a means toward secular salvation. And Shelley, though an explicit atheist, idolized the "sacred" Milton above all other poets, and was constantly steeped in study of the Bible.

It should also be noted that Wordsworth, like Hegel, was a youthful enthusiast for the French Revolution and its liberal ideals and later, disillusioned, turned to conservative statism and the pantheist version of inevitable redemption through history.

The German Romantics were even more immersed in religion and mysticism than were their English counterparts. Hegel, Friedrich von Schelling, Friedrich von Schiller, Friedrich Hölderlin, Johann Gottlieb Fichte, were all theology students, most of them with Hegel at the University of Tubingen. All of them tried explicitly to apply religious doctrine to their philosophy. Novalis was immersed in the Bible. Furthermore, Hegel devoted a great deal of favorable attention to Boehme in his Lectures on the History of Philosophy, and Schelling called Boehme a "miraculous phenomenon in the history of mankind."

Moreover, it was Friedrich Schiller, Hegel's mentor, who was influenced by the Scot Adam Ferguson to denounce specialization and the division of labor as alienating and fragmenting man, and it was Schiller who influenced Hegel in the 1790s by coining the explicit concept of Aufhebung and the dialectic.2

In England, several decades later, the tempestuous conservative statist writer Thomas Carlyle paid tribute to Friedrich Schiller by writing a biography of that Romantic writer in 1825. From then on, Carlyle's writings were permeated with the Hegelian vision. Unity is good, and diversity or separateness is evil and diseased. Science as well as individualism is division and dismemberment. Selfhood, Carlyle ranted, is alienation from nature, from others, and from oneself. But one day there will come the breakthrough, the spiritual rebirth, led by world-historical figures ("great men") by which man will return home to a friendly world by means of the utter cancellation, the "annihilation of self (Selbst-todtung).

Finally, in Past and Present (1843), Carlyle applied his profoundly anti-individualist (and, one might add, anti-human) vision to economic affairs. He denounced egoism, material greed and laissez-faire, which, by fostering the severance of men from each other, had led to a world "which has become a lifeless other, and in severance also from other human beings within a social order in which "cash payment is … the sole nexus of man with man." In opposition to this metaphysically evil "cash nexus" lay the familial relation with nature and fellow men, the relation of "love." The stage was set for Karl Marx.3