GET NEWS AND ARTICLES IN YOUR INBOXPrint
A
A
Home | Mises Library | Have We Crossed the Point of No Return?

Have We Crossed the Point of No Return? 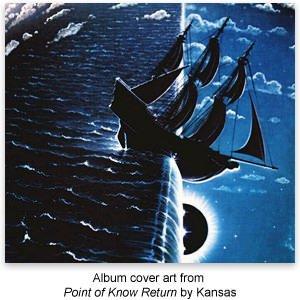 A specter is haunting the world, and especially Europe: the specter of a sovereign insolvency. The acute sovereign-debt crisis is largely the result of government interventions in response to the financial crisis.

As Austrian business-cycle theory explains, the credit expansion of the fractional-reserve-banking system had caused an unsustainable boom. At artificially low interest rates, additional investment projects were undertaken even though there was no corresponding increase in real savings. The investments were simply paid by new paper credit. Many of these investments projects constituted malinvestments that had to be liquidated sooner or later. In the present cycle, these malinvestments occurred mainly in the overextended automotive, housing, and financial sectors.

The liquidation of malinvestments is beneficial in the sense that it purges inefficient projects and realigns the structure of production to consumer preferences. Factors of production that were misused in malinvestments are liberated and transferred to projects that consumers want more urgently to be realized.

Solutions to the Crisis: Diverging Paths

In the present recession, the liquidation of malinvestments — falling housing prices and bad loans — caused problems in the banking system. Defaults and investment losses threatened the solvency of banks. The solvency problems triggered a liquidity crisis in which maturity-mismatched banks had difficulties rolling over their short-term debt.

At the time, there were alternatives available to tackle the solvency problem and recapitalize the banking system. Private investors could have injected capital into the banks that they deemed viable in the long run. In addition, creditors could have been transformed into equity holders, thereby reducing the banks' debt obligations and bolstering their equity. Unsustainable financial institutions — for which insufficient private capital or creditors-turned-equity-holders were found — would have been liquidated.

Yet the available free-market solutions to the banks' solvency problems were set aside, and another option was chosen instead. Governments all over the world injected capital into banks while guaranteeing the liabilities of the banking system. Since taxes are quite unpopular, these government injections were financed by the less-unpopular increase in public debts. In other words, the malinvestments induced by the inflationary-banking system found an ultimate sponsor — the government — in the form of ballooning public debts.

There are other reasons why public debts increased dramatically. Governments undertook additional measures to fight against the healthy purging of the economy, thereby delaying the recovery. In addition to the financial sector, other overextended industries received direct capital injections or benefited from government subsidies.

"Access to cheap credit allowed countries such as Greece to maintain a gigantic public sector and ignore the structural problem of uncompetitive wage rates."

Two prime examples of subsidy recipients are the automotive sector in the United States (for instance, the infamous "Cash for Clunkers" program) and the construction sector in Spain. Such subsidies further delayed the restructuring of the economy. Factor mobility was hampered by public works absorbing the scarce factors needed in other industries. Greater subsidies for the unemployed increased the deficit while reducing their incentives to find work outside of the overextended industries. Another factor that added to the deficits was the diminished tax revenues caused by reduced employment and profits.

Thus, government interventions not only delayed the recovery, but they delayed it at the cost of ballooning public deficits — increases which are themselves adding to preexisting, high levels of public debt. The preexisting public debts are the artifacts of war expenditures and unsustainable welfare states. As the unfunded liabilities of public-pension systems pose virtually insurmountable obstacles to modern states, in one sense the crisis — with its dramatic increase in government debts — is a leap forward toward the inevitable collapse of the welfare state.

The Situation in Europe

In Europe there is an additional wrinkle in the debt problem. At the creation of the euro, it was implicitly assumed among member nations that no nation would leave the euro after joining it. If things went from bad to worse, a nation could be rescued by the rest of the European Monetary Union (EMU). With this implicit bailout guarantee, a severe sovereign-debt problem was preprogrammed.

The assumed support of fiscally stronger nations artificially reduced interest rates for fiscally irresponsible nations. Access to cheap credit allowed countries such as Greece to maintain a gigantic public sector and ignore the structural problem of uncompetitive wage rates. Any deficits could be financed by money creation on the part of the European Central Bank (ECB), externalizing the costs onto fellow EMU members.

From a politician's point of view, the incentives in such a system are explosive: If I as a campaigning politician promised gifts to my voters in order to win the election, I can externalize the costs of those promises to the rest of the EMU through inflation — and future tax payers will have to pay the debt. Even if the government needs a bailout (a worst-case scenario), it will happen only in the distant, post-election future.

Moreover, when the crisis occurs, I will be able to convince voters that it was not caused by me, but rather that it fell upon the country as a natural disaster — or that (better still) it was caused by evil speculators. While accompanying austerity measures imposed by the EMU or IMF may loom in the future, the next election is just around the corner. In such a situation, the typical shortsightedness of democratic politicians combines with the ability to externalize deficit costs to other nations and produces an explosive debt inflation.1

"Greece does not seem to be on track to becoming self-sufficient in just three years."

Due to these incentives, some European states were already well on their way to bankruptcy when the financial crisis hit and deficits exploded. Markets started to become distrustful of many government promises. The recent Greek episode is an obvious example of such market distrust. As politicians want to save the euro experiment at all costs, the bailout guarantee has become explicit. Greece will receive loans from the EMU and the IMF, totaling an estimated €110 billion over the next three years. In addition, even though Greek government bonds are rated as junk, the ECB continues to accept them and has even started to buy them outright.

There also exists the danger of contagion from Greece to those other countries — such as Portugal, Spain, Italy, and Ireland — which have high deficits and debts. Some of them suffer from high unemployment and inflexible labor markets. A spread to these countries could trigger their insolvency — and the end of the euro. The EMU reacted to this possibility and went "all in," pledging together with the IMF an additional €750 billion support package for troubled member states in order to stem the threat of contagion.

Why Governments Cannot Contain the Crisis

Sovereign-debt problems, therefore, may have reached a point beyond remedy — short of default or high rates of inflation. It is likely that with the bailout of Greece we have already passed this point of no return.