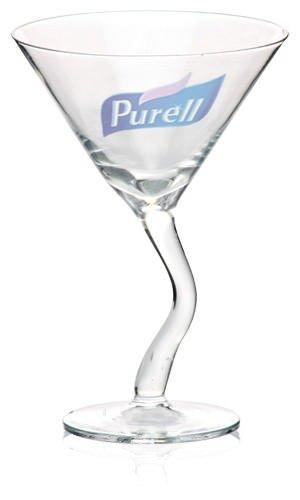 You might have the impression that everyone has switched from beer to red wine, or that everyone has switched from Budweiser to microbrews, homebrew, and high-gravity beers. However, do not count out the good old American cocktail. It is true that beer has lost market share and wine has gained market share, but by far the biggest winner in recent years has been spirits (whiskey, gin, vodka, etc.), particularly high-priced products.

There has been tremendous innovation in the American cocktail in recent years, with the number of possible cocktails beyond the capacity of most veteran bartenders.1 One website that I visited recently lists over 500 different cocktails, but there are actually thousands, and of course bartenders often have their own specialties and variations on the classics. Another development is the aged cocktail, which is premixed and stored in wooden barrels to develop a deeper flavor. The latest innovation however is troubling: the hand-sanitizer martini.

Many cocktails come with provocative names like sex on the beach, slippery nipple, and the screaming orgasm. Others have more menacing names like Alabama slammer, zombie, and kamikaze. It would seem that the cocktail is the drink of choice in the "den of iniquity" and the "chamber of horrors."

Actually, cocktail making is all about taste, safety, and nutrition. Just look at the typical ingredients that are added to various types of alcoholic spirits to make cocktails. The ingredients typically improve the taste, dilute the end product, put food calories in your stomach, and add key nutritional ingredients that offset some of the negative effects of the alcohol.

Take for example the martini. Gin is turned into a martini by a process that lowers its temperature, adds water and wine, and is then garnished with a couple of olives on a toothpick. Reducing the temperature and adding wine improves the taste of gin. Adding water (from ice) and wine dilutes the spirits. The olives add a few food calories in the form of omega-3 and 6 fatty acids, while the pimento pepper adds vitamin A and C along with trace amounts of a variety of nutrients.

How about grenadine? Surely sugary red syrup can't be good for you. This website lists 918 cocktails that are made with grenadine! You might be surprised to learn that grenadine is made with pomegranate, the super antioxidant. In addition to antioxidants, grenadine adds water and sugar, so it dilutes the liquid spirits and adds food calories.

Such is not the case with the hand-sanitizer martini. At 125 proof (62 percent alcohol), the hand sanitizer that comes in pump bottles is only outdone by the likes of Bacardi 151 rum (which is 75 percent alcohol and virtually undrinkable straight).

It seems that teenagers have found that this product is an easy way to get their hands on some alcohol. It can be processed to remove the gel components and other ingredients can be added to cover the taste and smell, or it can be just pumped directly out of the bottle and into your mouth (warning: strong language).

This is obviously a dangerous thing to do. Just a few squirts and you are intoxicated and a few more and small teenagers, especially females, are fully inebriated. Not only is the alcohol in high concentration, but it is mixed with chemicals that were not intended for human consumption. It can cause a wide variety of physical and mental problems, some of which are permanent. Several dozen teenagers have ended up in emergency rooms with alcohol poisoning as a result. In addition, it is highly flammable. Drunk teens squirting flammable liquids into their mouths — does it get much worse than that?

It turns out that parents are up in arms over this situation. School teachers and law enforcement have also been put on alert. Hand sanitizer was pulled from some public places this year just in time for flu season. Naturally people are wondering, How can some teenagers be so stupid?

Well the truth is that it's not really the fault of teens. It is the fault of parents, school teachers, and law enforcement. They are the voters, and they have decided on and constructed the environment that teens find themselves in. Teens can't vote and have little control or responsibility over their lives.

It is not normal that teenagers be prohibited by the government from buying and consuming alcoholic products. The normal thing is for children to start consuming diluted alcohol drinks in a family environment so they learn the limits and dangers of alcohol and acceptable standards of behavior in that environment. Alcohol products like beer and wine are food beverages that humans have been consuming for thousands of years.

It is especially important for teens to consume these food products in moderation. All products need to be consumed in moderation, but there are added risks that teens, especially small female teens, need to be taught, just as with guns, lawnmowers, and steam irons.

Prohibition breaks that family connection and tells teenagers that they are on their own and left to their own devices. This is something that teens are extremely good at — thinking up and working out plans to get around any such restrictions devised by parents, teachers, and the state. This appears to be especially true of male teens, some of whom seem to have no bounds for risk, danger, and stupidity. And now that we have email, social media, and YouTube, once one teen finds a way, everyone else finds out too.

How can we keep teenagers from drinking this dangerous hand sanitizer? Parents, politicians, and the police are stymied and are even reluctant to discuss the matter.

The answer, however, is simple. The way to prevent teenagers from drinking hand sanitizer is to end the prohibition of alcohol for young adults and to permit parents to buy and serve alcohol products to their children who are minors (less than 18 or 16 years of age).2

No civilized country other than the United States prohibits 18-year-olds from buying beer. That clearly indicates that our 21-year-old drinking age is uncivilized. All the other countries with 21-year-old laws are repressive, nasty dictatorships. Apparently, that is the crowd we agree with when it comes to young adults and alcohol. No one should be surprised that our teens revolt against this and do stupid things like drinking hand sanitizer. The national drinking-age law should be repealed, state laws should be reduced, and parents should be free to serve alcohol to their children.

Some readers might not be convinced and are contemplating ways of dealing with the hand-sanitizer issue. Let me assure you that there are almost an unlimited number of chemicals, retail products, plants, herbs, spices, and medicines that can get you high. Teenagers would eventually find these substitutes, which are even more dangerous, especially when handled by amateurs.