The Growth Effects of Federal Regulation 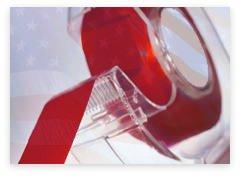 Proponents of the modern welfare/regulatory state often claim that state intervention promotes the common good and benefits ordinary people. Markets allegedly fail to deliver maximum prosperity, so governments must intervene to promote the common good. Advocates of free markets have always had evidence to counter the arguments for government intervention, and this evidence is mounting.

In recent years, economists have constructed indexes of economic freedom that measure the relative degree of governmental interference in the economic affairs of different nations. The results of freedom index analyses are well known. Economic freedom correlates positively with per capita GDP, economic growth, and even greater equality of income. While economic freedom indexes are an important indicator of the value of laissez-faire, additional evidence has come to light concerning the affects of regulation on economic growth.

Economist John W. Dawson recently published (January 2007) a study on the growth effects of state regulation. This study builds upon the work of Dawson and Seater (2006), who have literally counted the number of pages in The Code of Federal Regulations (CFR). The page count in the CFR is a good measure of the extent of regulation for several reasons. First, the government is legally required to print all existing regulations in the CFR annually. This is a comprehensive list. Second, the CFR was first published in 1938, so it has been around long enough for scholars to use it to evaluate economic performance over time. Third, other similar publications, like The Federal Register, contain information that is irrelevant to this study and cover a shorter time span.

Of course, a simple page count does not measure the intensity of regulation enforcement; but given the number of regulation and the span of time involved, it is reasonable to assume that variations in regulatory enforcement will cancel out.

Dawson has examined the correlation between federal regulation and several indicators of economic performance: the level of output per unit of capital, the trend of economic growth, and total factor productivity. He examined both the effects of regulation overall, and the effects of individual areas of regulation through regression analysis. What did Dawson find? A one percent increase of the ratio of regulation to capital correlates with a .24 percent decrease in capital productivity. Individual areas of regulation, like commerce (title 15), employee benefits (title 20), foreign relations (title 24), labor (title 29), public health (title 42), and transportation (title 49) have a significant and negative impact on output per unit of capital.

Over the past fifty years increased regulation has "reduced aggregate output substantially, both by shifting the level of output down and by reducing outputs trend growth rate." Dawson also performed cointegration analysis. Dawson's cointegration analysis not only confirmed the results of the aforementioned regression analysis, it indicated "an even larger impact of aggregate regulation on the economy in the long run" and "a larger impact from those specific areas of regulation found previously to be significant."

To sum up these findings, prosperity requires less regulation and more capital formation.

Dawson did detect a positive correlation between economic performance and a few types of regulation. Most of the positive correlations are in areas of regulation that promote property rights and contract enforcement. Secure property rights and private contract enforcement does seem to promote prosperity. This result is not new. In The Mystery of Capital, Hernando De Soto found that American economic development in the 19th century grew out of property rights enforcement. Dawson's study does, however, provide greater statistical detail to support the case for property, and against anti-market regulation.

It is important to note that correlation does not imply causation. Statistical analysis alone cannot prove the case for laissez-faire. However, there are strong theoretical arguments for free markets and against the modern welfare/regulatory state, from both classical and modern economists. Adam Smith and other early economists recognized that government restricts trade and promotes monopoly, and that regulated-monopolistic economies fall short of their potential. In the 18th and 19th centuries, economists recognized that competitive rivalry between entrepreneurs inadvertently promotes the interests of the consuming public, as if by an "invisible hand."

Of course, there were problems with the theories of Smith, Ricardo, and J.S. Mill. These early economists built their theories on the faulty foundation of labor value theory. Austrian economists discarded the chaff of labor value theory, and retained the wheat of dynamic competition and invisible-hand theorizing. The ideas of Carl Menger, Ludwig von Mises, and Friedrich Hayek indicate that empirical evidence in support of laissez-faire is more than coincidental. It is also worth noting that Public Choice economists, like Gordon Tullock and James Buchanan, provide strong arguments indicating that government regulation is wasteful and inhibits prosperity.

The good news is that we now have in this study even more evidence in support of free markets. The bad news is that the CFR indicates that federal regulation has increased every year since 1938, with the exception of 1985 and for three years shortly after the 1994 Congress forced President Clinton to cut regulations and restrain spending. Regulations (and spending) are unfortunately once again on the rise. While contemporary Republicans tend to brag about President Bush's record on the economy, passage of new regulations like the Sarbanes-Oxley act will hinder economic growth and leave future Americans poorer than they otherwise would have been.

While many people cling to the idea that government regulation promotes prosperity, more and more evidence indicates otherwise. While some "studies" support the case for state intervention, there is little basis for such conclusions. Anyone interested in reading a particularly empty defense of state regulation should look at "The Political Economy of Laissez-Faire," by William Weller in the March 2006 edition of the Journal of Economic Issues.

Logic and statistics confirm the case for prosperity through economic freedom. The current trend towards greater regulation is pernicious, but not irreversible. The resurgence of classical liberal ideas in the past thirty years produced two temporary reductions in federal regulations. The task of popularizing classical liberal ideas is obviously not easy, but theory and statistics demonstrate that it can and should be done.

Soto, Hernando De (2000) The Mystery of Capital: Why Capitalism Triumphs in the West and Fails Everywhere Else. Basic Books.

Rabushka, A. (1979) Hong Kong: a Study in Economic Freedom. University of Chicago Press.

Smith, A. (1776) An Inquiry into the Nature and Causes of the Wealth of Nations.