GET NEWS AND ARTICLES IN YOUR INBOXPrint
A
A
Home | Mises Library | Is Greater Productivity a Danger?

Is Greater Productivity a Danger? 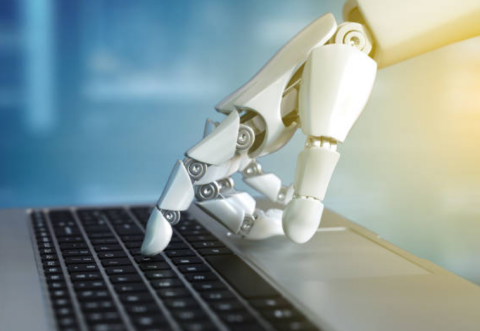 It is bad enough that opponents of the free market wrongly blame capitalism for environmental pollution, depressions, and wars. Whatever the failings of their causal theories, at least they are focused on undoubtedly bad things. We have really gone beyond the pale, though, when the market is blamed for something good.

Tim Jackson, a professor of sustainable development at the University of Surrey, does just that in his article. "Let's Be Less Productive," which appeared in the New York Times on May 26, 2012.

Jackson suggests that greater productivity may have reached its "natural limits." By productivity he means "the amount of output delivered per hour of work in the economy." He acknowledges that as work has become more efficient, substantial benefits have resulted: "our ability to generate more output with fewer people has lifted our lives out of drudgery and delivered us a cornucopia of material wealth."

Despite these benefits, danger lies ahead:

Ever-increasing productivity means that if our economies don't continue to expand, we risk putting people out of work. If more is possible each passing year with each working hour, then either output has to increase or else there is less work to go around. Like it or not, we find ourselves hooked on growth.

What, then, is to be done? Jackson has an ingenious remedy. We should concentrate on jobs in low-productivity areas.

Certain kinds of tasks rely inherently on the allocation of people's time and attention. The caring professions are a good example: medicine, social work, education. Expanding our economies in these directions has all sorts of advantages.

A cynic might wonder whether it is altogether a coincidence that Jackson is himself employed in one of these professions.

Jackson has in mind other reforms besides greater emphasis on the "caring professions." (One wonders, by the way, whether by this term Jackson is suggesting that those engaged in high-productivity occupations do not care about human beings. To say the least, that would be a rather bold suggestion.) We should also devote more resources to crafted goods that require substantial time to make and to the "cultural sector" as well.

Jackson's program raises a question: how can these changes be achieved? He stands ready with an answer. Of course, a transition to a low-productivity economy won't be brought about by wishful thinking:

It demands careful attention to incentive structures — lower taxes on labor and higher taxes on resource consumption and pollution, for example.

Jackson is certainly right that if labor becomes more efficient, workers must find other uses for the time they now have available. But why is this a problem? Human beings have unlimited wants, and there are always new uses for human labor.

Labor needs to be "saved" because it is the preeminently scarce good and because man's wants for exchangeable goods are far from satisfied. … The more labor is "saved," the better, for then labor is using more and better capital goods to satisfy more of its wants in a shorter amount of time. …

A technological improvement in an industry will tend to increase employment in that industry if the demand for that product is elastic downward, so that the greater supply of goods induces greater consumer spending. On the other hand, an innovation in an industry with inelastic demand downward will cause consumers to spend less on the more abundant products, contracting employment in that industry. In short, the process of technological innovation shifts work from the inelastic-demand to the elastic-demand industries.1

Financial crises may interrupt growth, but given the unlimited character of human wants, they cannot permanently supplant it. Jackson has offered us a cure, but he has failed to show that a disease exists that requires his remedy.