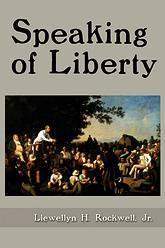 Yawn. So why am I writing about Mr. Heilbrunn's article? To answer his final question:

Who would have thought that, at the peak of the conservative movement's political success, its founding fathers would recoil from the Frankenstein's monster they created and end up as troubled heretics?

Who would have thought? Anyone who follows these birds on a regular basis. They land on the telephone wires of power whenever the opportunity presents itself, and then they fly away when they fear an electric shock is coming. American conservatives can always be counted on to denounce a lame-duck president of their own party who is sinking in the polls. They worked hard to make Bush president, refrained from criticizing his egregious policies for years, focused all their ire on a mythically powerful left, and now that things aren't working out so well, they bail out.

The conservatives denounce their presidents for the same reason that the left denounces Stalin: they want to evade responsibility for the results of the policies imposed by monsters that they themselves created. When the left does this, we know not to take it too seriously. If you give the state the right to expropriate all private property, you can't be too surprised when dictators take over.

Similarly, when the whole of your intellectual enterprise has been wrapped up in celebrating the nation-state and its wars, condemning civil liberties, casting aspersions on religious liberty, and heralding the jail and the electric chair as the answer to all of society's problems, you can't complain when your policies produce tin-pot despotic imperialists like Bush. You have no intellectual apparatus with which to beat them back.

The problem with American conservatism is that it hates the left more than the state, loves the past more than liberty, feels a greater attachment to nationalism than to the idea of self-determination, believes brute force is the answer to all social problems, and thinks it is better to impose truth rather than risk losing one's soul to heresy. It has never understood the idea of freedom as a self-ordering principle of society. It has never seen the state as the enemy of what conservatives purport to favor. It has always looked to presidential power as the saving grace of what is right and true about America.

I'm speaking now of the variety of conservatism created by William Buckley, not the Old Right of Albert Jay Nock, John T. Flynn, Garett Garrett, H.L. Mencken, and company, though these people would have all rejected the name conservative as ridiculous. After Lincoln, Wilson, and FDR, what's to conserve of the government? The revolutionaries who tossed off a milder British rule would never have put up with it.

For my part, I'm hoping that the whole conservative movement will go down in flames with the decline and fall of the Bush administration. The red-state fascists have had their day and instead of liberty, they gave us the most raw and stupid form of imperial big government one can imagine. They have given America a bad name around the world. They have bamboozled millions. They have looted and bankrupted the country.

If they don't crack up on their own, we must do what we can to discredit them and their ideology forever.